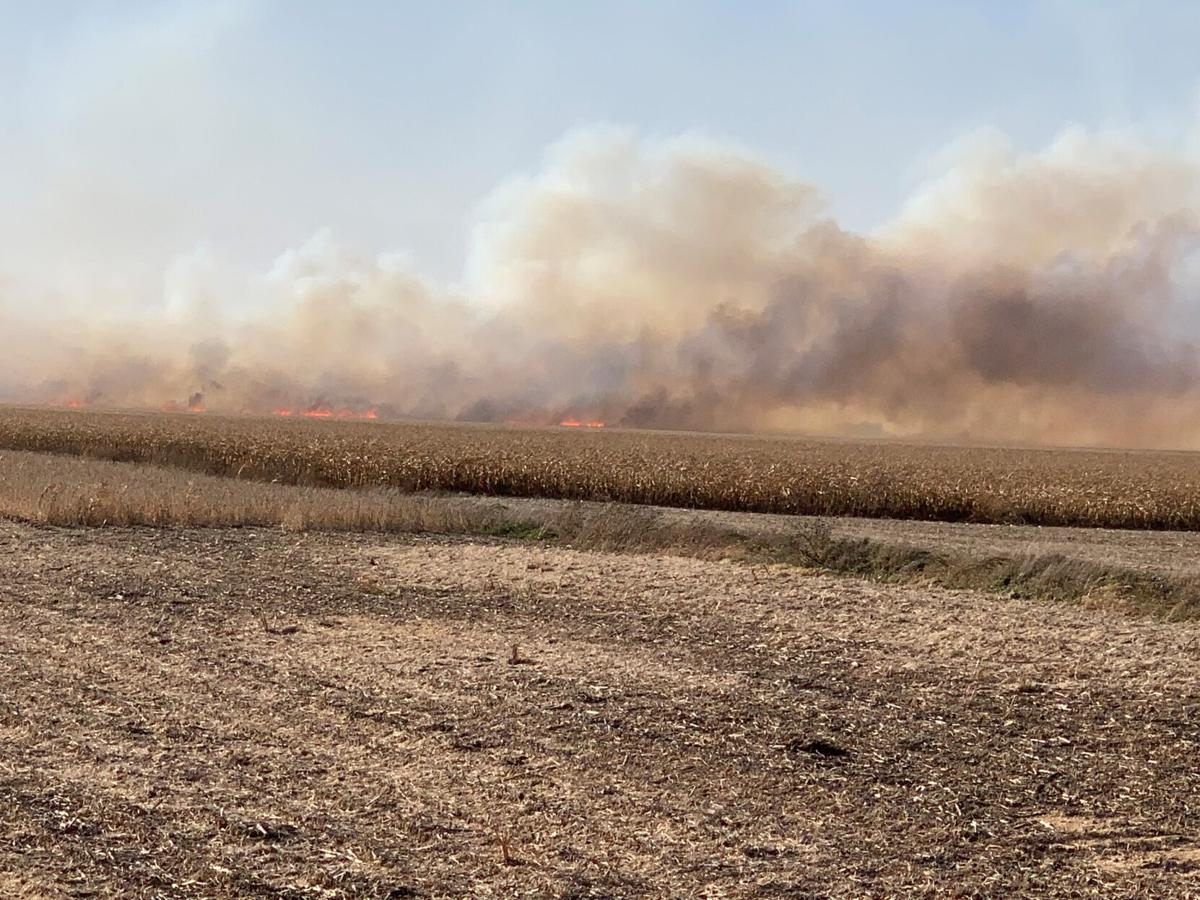 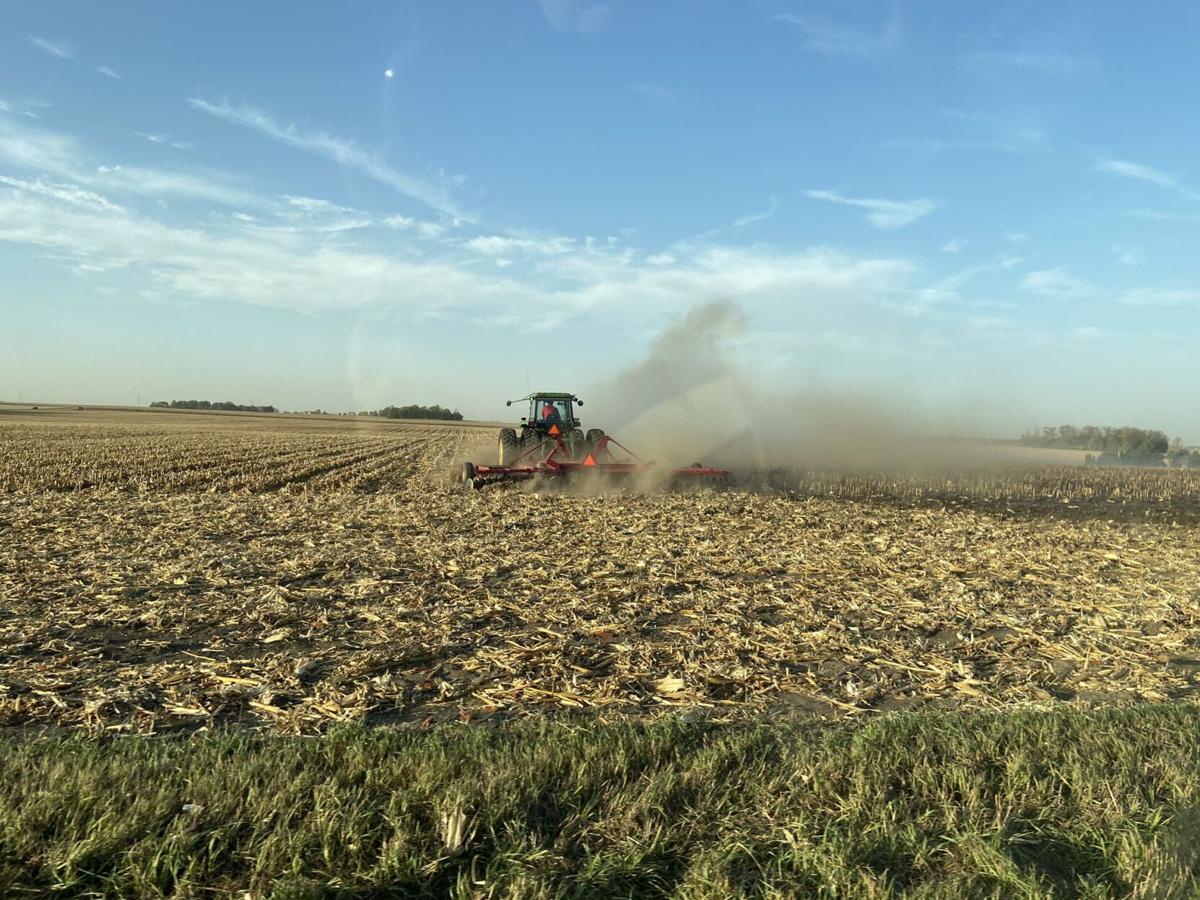 A field fire burns near Philo on Wednesday. Firefighters were at the scene and used plowing to try to control the flames. (Photos by Ashley Rice) 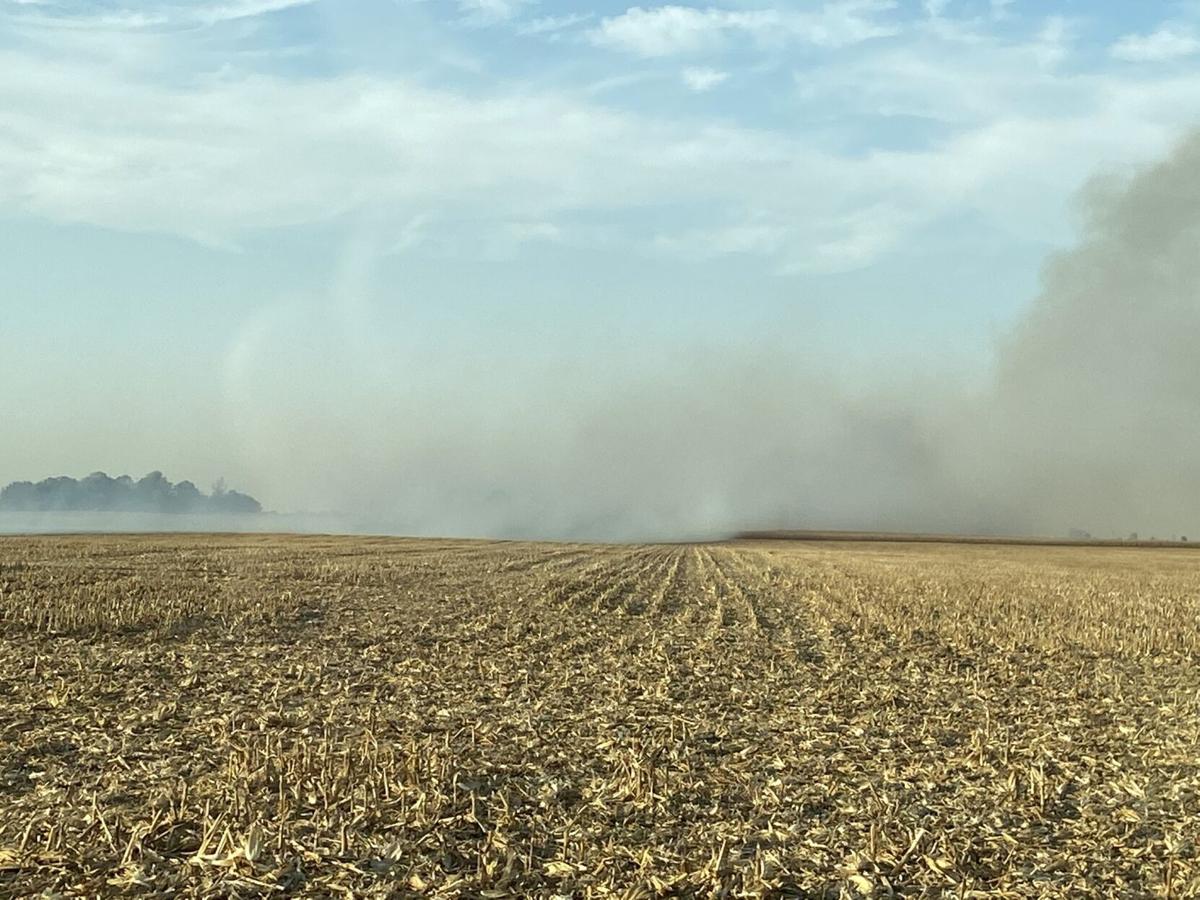 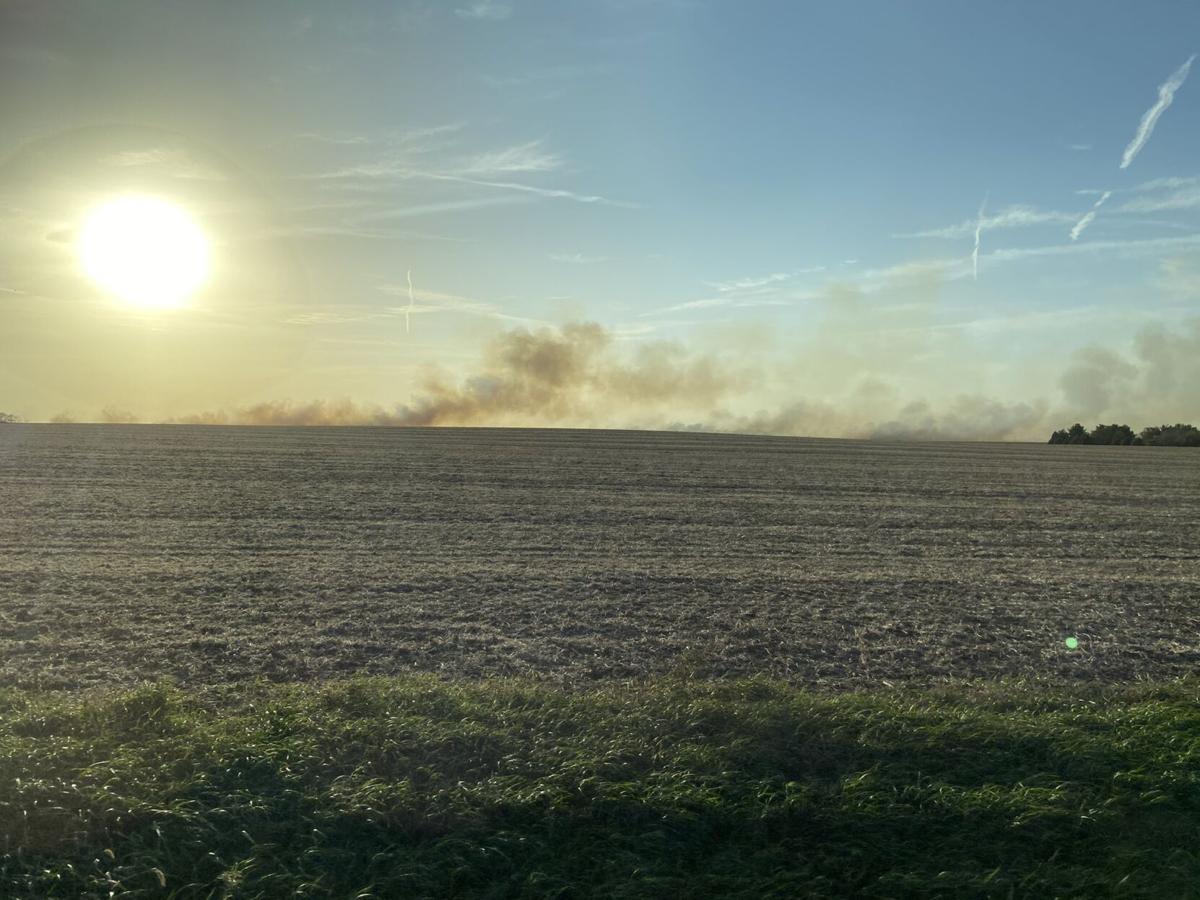 A field fire burns near Philo on Wednesday. Firefighters were at the scene and used plowing to try to control the flames. (Photos by Ashley Rice)

But the dryness, combined with the perfect storm of above-average temperatures and high winds, also sparked a rash of field fires Wednesday across the state.

The fires, which were all extinguished the same day by local departments, farmers and volunteers, ranged in size from 20 to 500-plus acres. Thick smoke possibly contributed to auto accidents reported near Delavan and on Interstate 72 near Champaign.

#DangerousWeather#Harvest2020#Safra2020#Corn #Soybean #FieldFireThere were two fires near me today.All homesteads were kept safe by the local volunteer fire departments and farmers tilling the ground to prevent spread.⁦@maxarmstrong⁩ pic.twitter.com/0bK3clSInD

“The No. 1 factor (behind the outbreak) was it was so warm, with temperatures in the lower 80s (about 20 degrees above average),” said Matt Barnes, meteorologist with the National Weather Service, which issued a red flag warning the day of the fires.

“The other key contributing factors were very dry conditions, with a good chunk of east and southeast Illinois under moderate drought, and there were very strong winds gusting to 30 to 35 mph (with a peak gust of 49 mph recorded at Willard Airport in Champaign County),” Barnes said.

Cause of the fires remained under investigation as of Thursday, although in some cases bearings or other pieces of machinery can spark fires. An official on the scene at Clinton suspected the fire there possibly was ignited by a passing motorist, perhaps from a cigarette butt. The field, which sits at the intersection of U.S. 51 and Route 10, had no harvest activity at the time of the fire.

Reports of field fires popping up around #Illinois amid dry, windy conditions, including this one near Clinton. An official on scene suspects ignition source from passing motorist, as no #harvest20 activity in this field near highways 51/10 pic.twitter.com/MUBwd8Uq8K

Lucas Roney, a FarmWeekNow.com CropWatcher 2.0, barely avoided a possible fire on his farm.

“We smelled smoke in the combine and couldn’t find the source. After two hours of searching, we finally found a smoldering pile of soybean trash on a ledge in the feeder house,” Roney said. “We were lucky it didn’t get in the middle of the combine and cause a major fire.”

Topsoil moisture in the state measured 45% short to very short, 54% adequate and just 1% surplus as of Oct. 12.

Recent dry conditions did allow farmers to ramp up harvest activity. Roney noted he worked 24 consecutive days as of mid-October.

“There’s nothing really stopping anybody from working in the field,” said David Hankammer, a FarmWeek CropWatcher from St. Clair County. “I think there’ll be plenty of good opportunities to plant wheat as long as the weather stays on the dry side.”

Farmers in Illinois harvested 31% of soybeans and 19% of corn the week of Oct. 5-11, pushing harvest progress to 56 complete for beans (6 points ahead of average) and 45% complete for corn statewide.

Every piece of equipment should have a fire extinguisher in them.