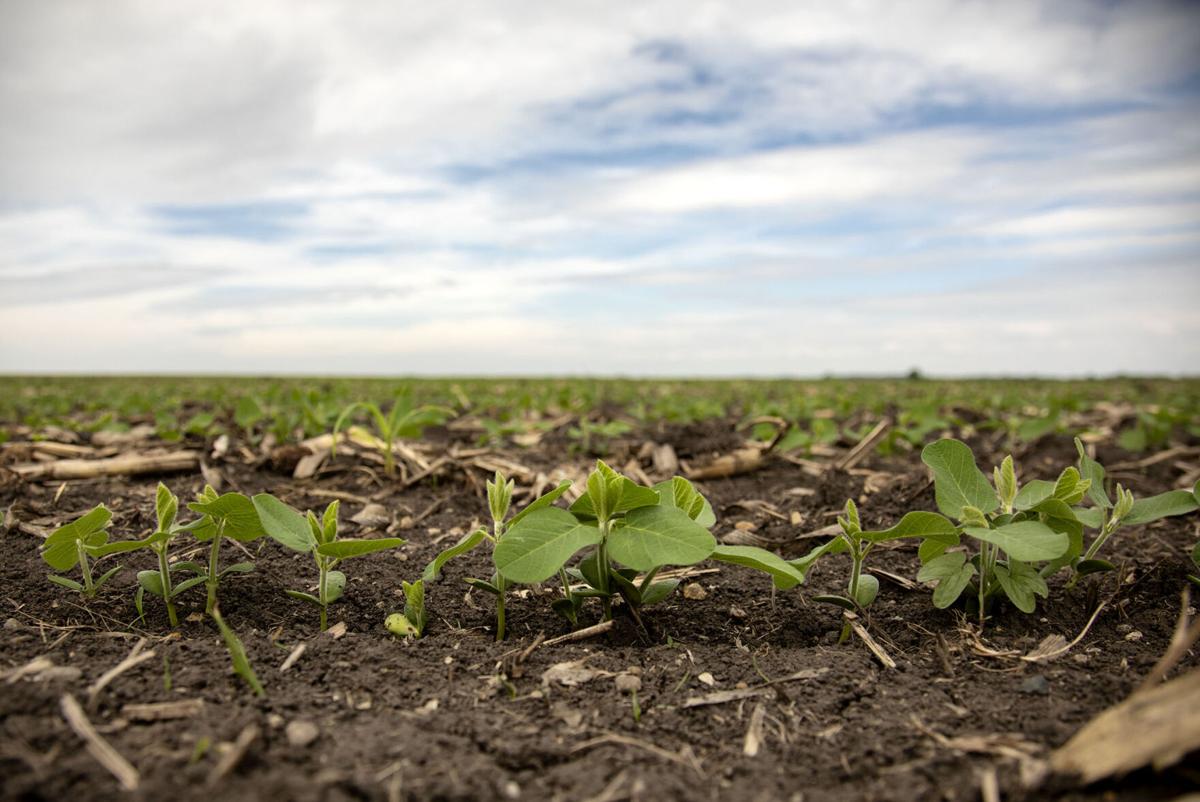 Soybeans prosper in a Marshall County field. Overall, preliminary estimates indicate the state received an average of 4.5 inches of precipitation in May, about .25 of an inch below the 1991-2020 normal. (Photo by Catrina Rawson) 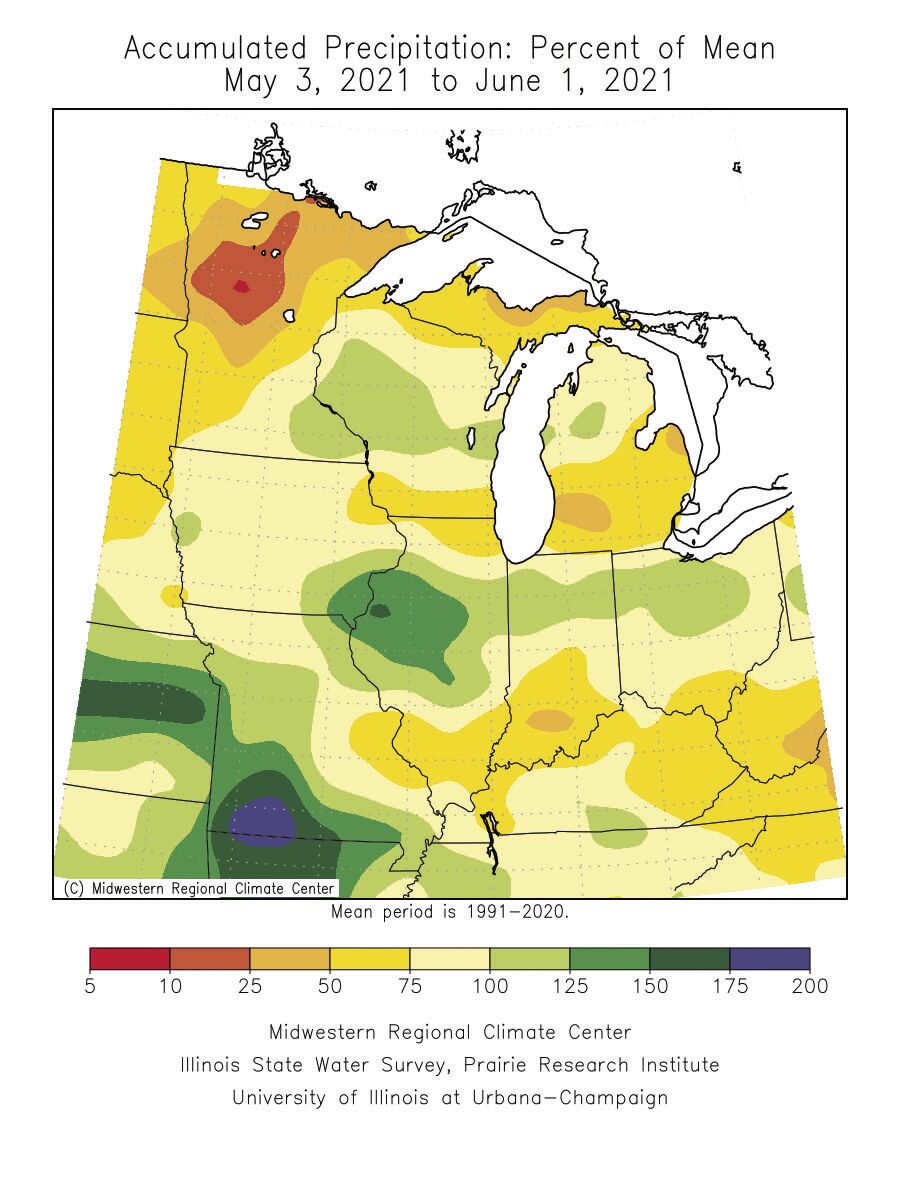 Soybeans prosper in a Marshall County field. Overall, preliminary estimates indicate the state received an average of 4.5 inches of precipitation in May, about .25 of an inch below the 1991-2020 normal. (Photo by Catrina Rawson)

Farmers with acres left to plant or replant should have opportunities to wrap it up this week.

The forecast as of Wednesday called for temperatures to heat up into the high 80s and even low 90s this week with limited chances of precipitation.

That’s not good news for northern Illinoisans, particularly in the northeast corner of the state where moderate to severe drought persists.

This spring ended as the third-driest on record dating back to 1871 in Chicago and was much drier in northern Illinois than the recent drought of 2012.

“It’s really incredible. It was the driest (spring in Chicago) since 1934, and this comes after 2019 and 2020 were the second and third wettest on record,” Ford said. “Talk about some weather whiplash.

“We’re going to see a continuation of worsening conditions there,” he noted. “There are concerns for crops. But, it’s pretty incredible how isolated that area is.”

A large portion of the state, between Interstates 80 and 70, finished May much wetter than normal with portions of western Illinois receiving 6-8 inches of rain. Southern Illinois generally averaged between 2.5 and 4 inches of rain last month, slightly below average.

Overall, preliminary estimates indicate the state received an average of 4.5 inches of precipitation in May, about .25 of an inch below the 1991-2020 normal.

Farmers took advantage of recent windows to get most crops planted statewide (95% of corn and 89% of soybeans) as of May 31. The majority of crops (86% of corn and 74% of beans) emerged as of last week, both well ahead of the average pace.

“Things are looking up. We’ve got good stands,” Mark Kerber, FarmWeek CropWatcher from Livingston County (Chatsworth) told the RFD Radio Network. “Most producers have their crops in, although there a few (still finishing up).”

The temperature last month averaged just 60.9 degrees based on preliminary data, about 2.5 degrees below average. Growing degree days subsequently totaled around 450 in southern Illinois and 400 to the north, about 10 to 60 below the 1991-2020 normal accumulation for May.

The cool temps previously slowed development of the wheat crop, although it recently reached 95% heading, 4 points ahead of the average pace.

Looking ahead, the outlook doesn’t call for a continuation of the hot/dry conditions through the month or summer beyond the immediate forecast.

“The outlook really doesn’t have any great indicators for Illinois, with very slightly elevated odds of warmer than normal conditions (in June) and near equal chances of above and below normal temperatures for the climatological summer,” Ford said. “There’s no indications the drought (in the northeast) will spread west or south.”

Topsoil moisture ranked 22% surplus, 69% adequate and 9% short to very short statewide as of May 31.