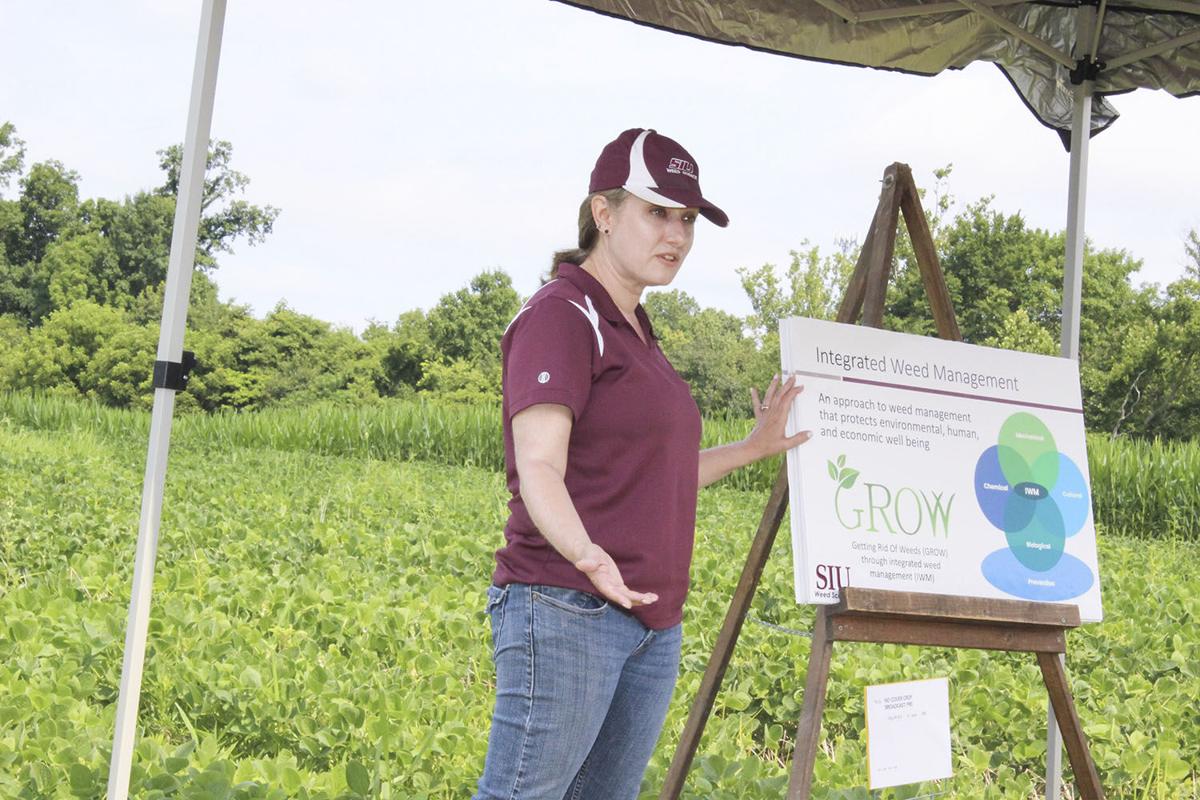 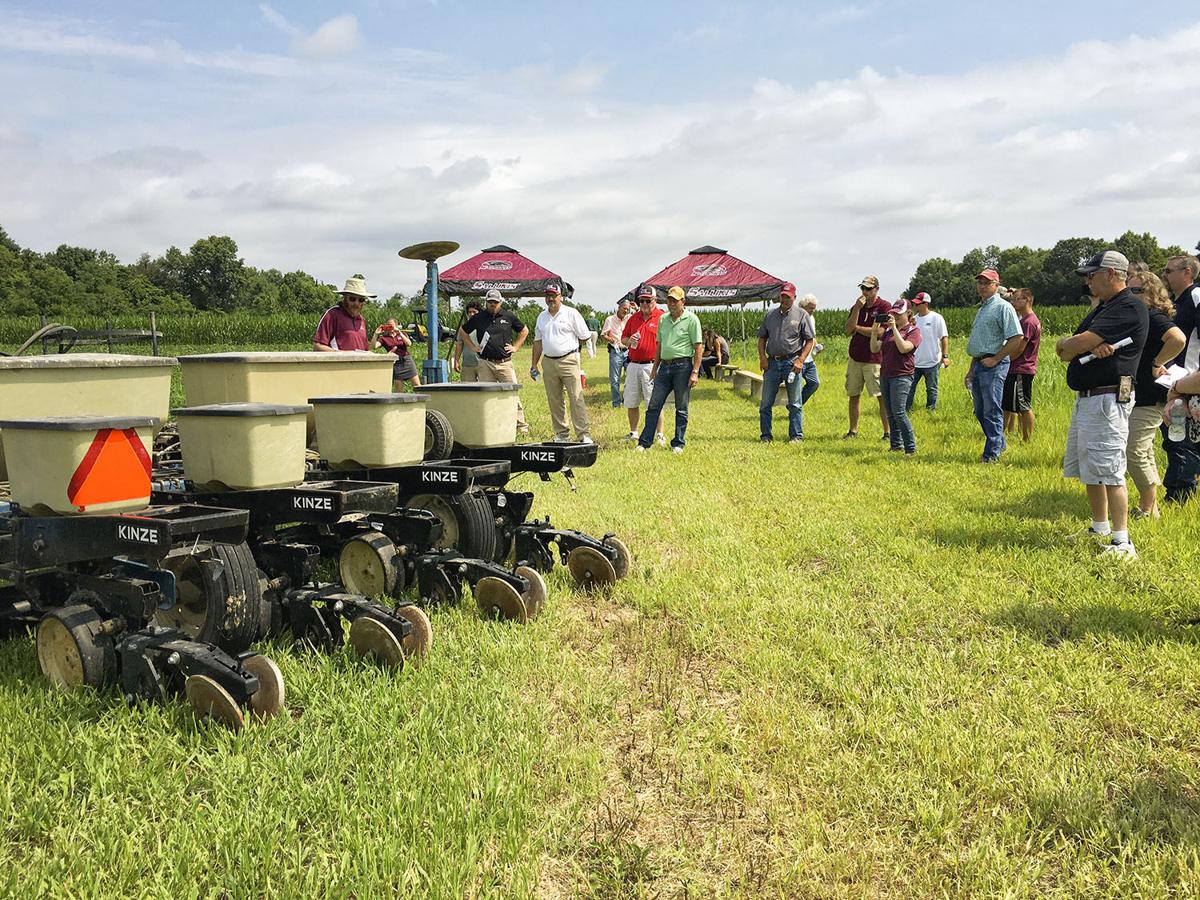 “We want to create cropping systems to curtail most weeds,” Gage said. She is part of GROW, a network of scientists working to Get Rid of Weeds and reduce development of herbicide resistance among weeds.

Some steps are easy. For example, farmers should work in clean fields first before moving into weedy fields to reduce spreading weed seeds among fields on their farms.

In his research, Miller seeded cereal rye at 90 pounds per acre to suppress weeds within soybean fields. He planted a mix of cereal rye and villosa clover Oct. 10. The clover, which can grow a couple of feet in height and has a hollow stem, climbs the rye and helps hold it down after the rye is crimped and rolled, Miller explained.

“If you crimp rye at the right time, you could maybe get rid of a burndown” to terminate the cover crop, he said. “My goal is to find the timing to eliminate an herbicide application at planting.”

Using a roller-crimper planter, Miller planted soybeans in 30-inch rows on May 12. “I’m still working with the system to find out what works,” he added.

Miller’s study includes fields with and without cover crops and a broadcast application compared with an 11-inch band application.

“If you reduce herbicides by 30%, the less herbicide you apply and the more money in your pocket,” he told farmers at the field day.

Soil scientists at SIU and University of Kentucky are seeking the next generation of cover crop uses.