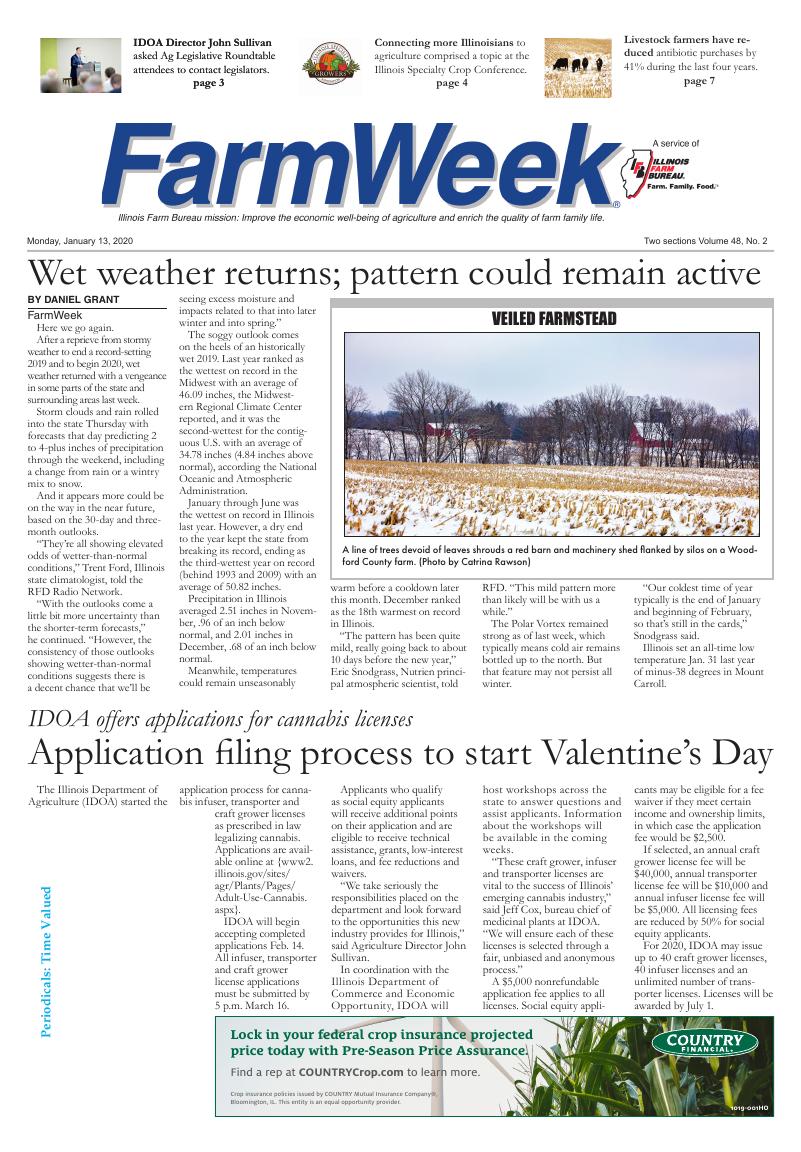 After a reprieve from stormy weather to end a record-setting 2019 and to begin 2020, wet weather returned with a vengeance in some parts of the state and surrounding areas last week.

Storm clouds and rain rolled into the state Thursday with forecasts that day predicting 2 to 4-plus inches of precipitation through the weekend, including a change from rain or a wintry mix to snow.

And it appears more could be on the way in the near future, based on the 30-day and three-month outlooks.

“With the outlooks come a little bit more uncertainty than the shorter-term forecasts,” he continued. “However, the consistency of those outlooks showing wetter-than-normal conditions suggests there is a decent chance that we’ll be seeing excess moisture and impacts related to that into later winter and into spring.”

The soggy outlook comes on the heels of an historically wet 2019. Last year ranked as the wettest on record in the Midwest with an average of 46.09 inches, the Midwestern Regional Climate Center reported, and it was the second-wettest for the contiguous U.S. with an average of 34.78 inches (4.84 inches above normal), according the National Oceanic and Atmospheric Administration.

January through June was the wettest on record in Illinois last year. However, a dry end to the year kept the state from breaking its record, ending as the third-wettest year on record (behind 1993 and 2009) with an average of 50.82 inches.

Meanwhile, temperatures could remain unseasonably warm before a cooldown later this month. December ranked as the 18th warmest on record in Illinois.

“The pattern has been quite mild, really going back to about 10 days before the new year,” Eric Snodgrass, Nutrien principal atmospheric scientist, told RFD. “This mild pattern more than likely will be with us a while.”

The Polar Vortex remained strong as of last week, which typically means cold air remains bottled up to the north. But that feature may not persist all winter.

“Our coldest time of year typically is the end of January and beginning of February, so that’s still in the cards,” Snodgrass said. 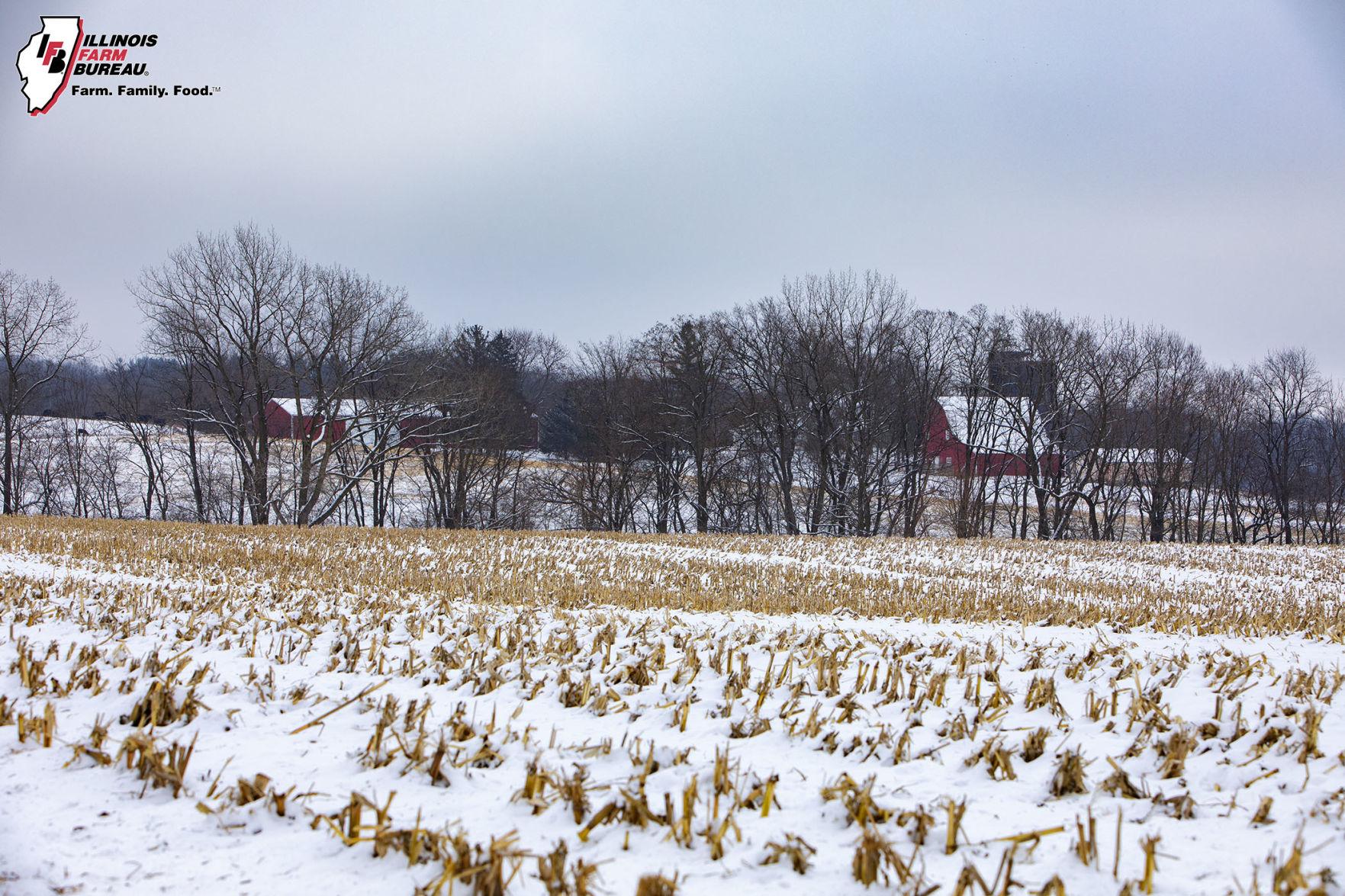 A line of trees devoid of leaves shrouds a red barn and machinery shed flanked by silos on a Woodford County farm. (Photo by Catrina Rawson)

The Illinois Department of Agriculture (IDOA) started the application process for cannabis infuser, transporter and craft grower licenses as prescribed in law legalizing cannabis. Applications are available online at {www2.illinois.gov/sites/agr/Plants/Pages/Adult-Use-Cannabis.aspx}.

Applicants who qualify as social equity applicants will receive additional points on their application and are eligible to receive technical assistance, grants, low-interest loans, and fee reductions and waivers.

“We take seriously the responsibilities placed on the department and look forward to the opportunities this new industry provides for Illinois,” said Agriculture Director John Sullivan.

In coordination with the Illinois Department of Commerce and Economic Opportunity, IDOA will host workshops across the state to answer questions and assist applicants. Information about the workshops will be available in the coming weeks.

“These craft grower, infuser and transporter licenses are vital to the success of Illinois’ emerging cannabis industry,” said Jeff Cox, bureau chief of medicinal plants at IDOA. “We will ensure each of these licenses is selected through a fair, unbiased and anonymous process.”

A $5,000 nonrefundable application fee applies to all licenses. Social equity applicants may be eligible for a fee waiver if they meet certain income and ownership limits, in which case the application fee would be $2,500.

For 2020, IDOA may issue up to 40 craft grower licenses, 40 infuser licenses and an unlimited number of transporter licenses. Licenses will be awarded by July 1. 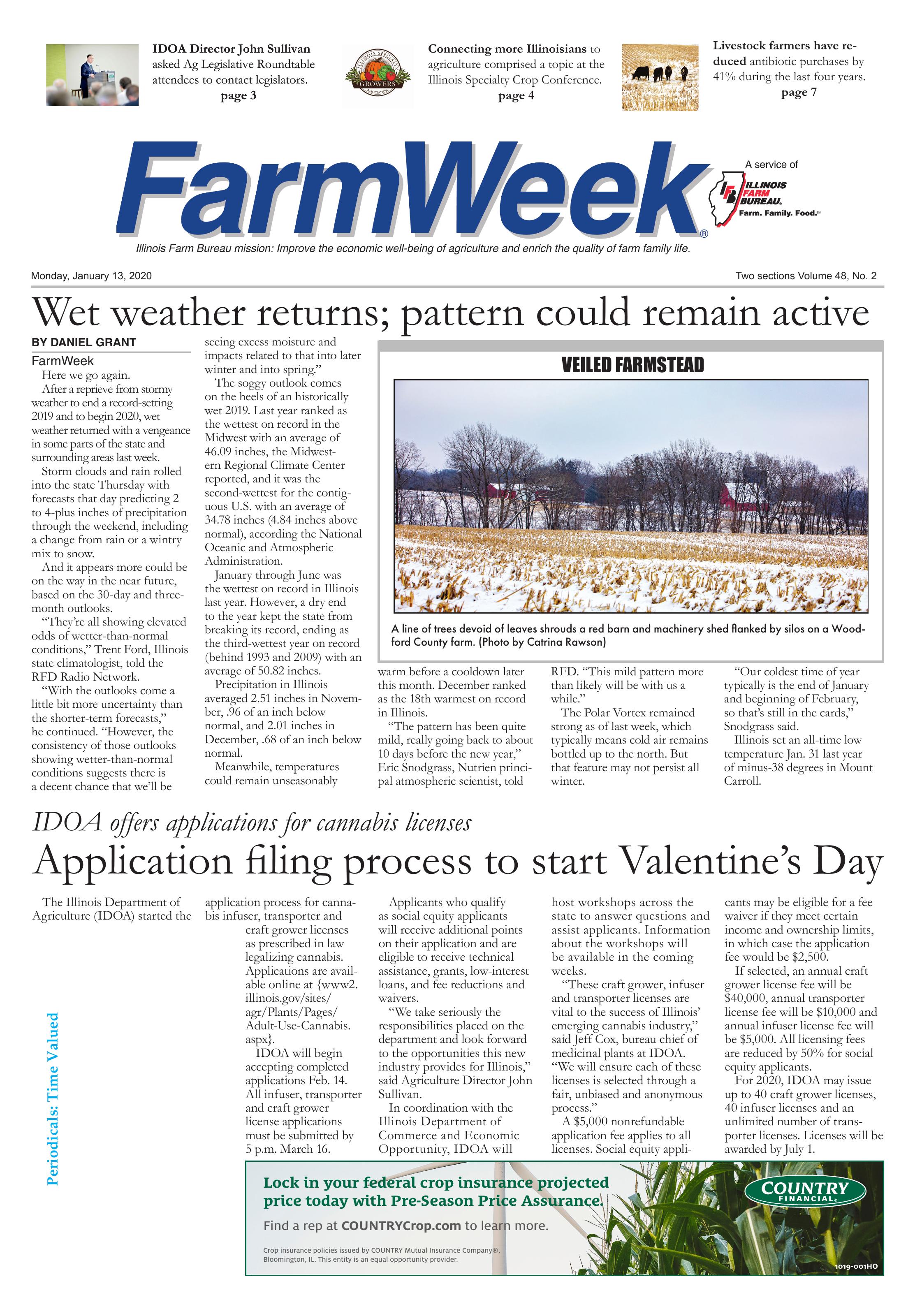