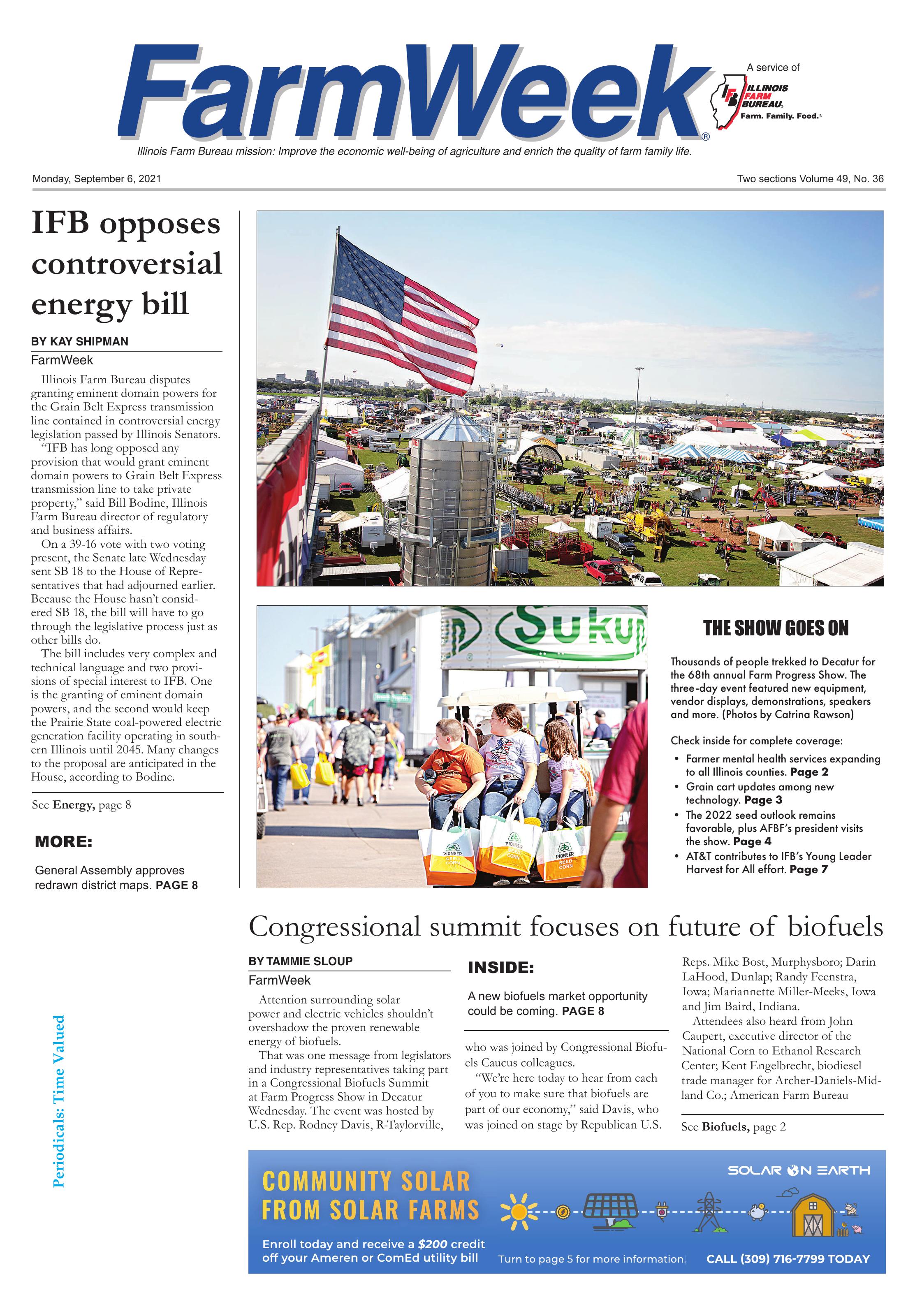 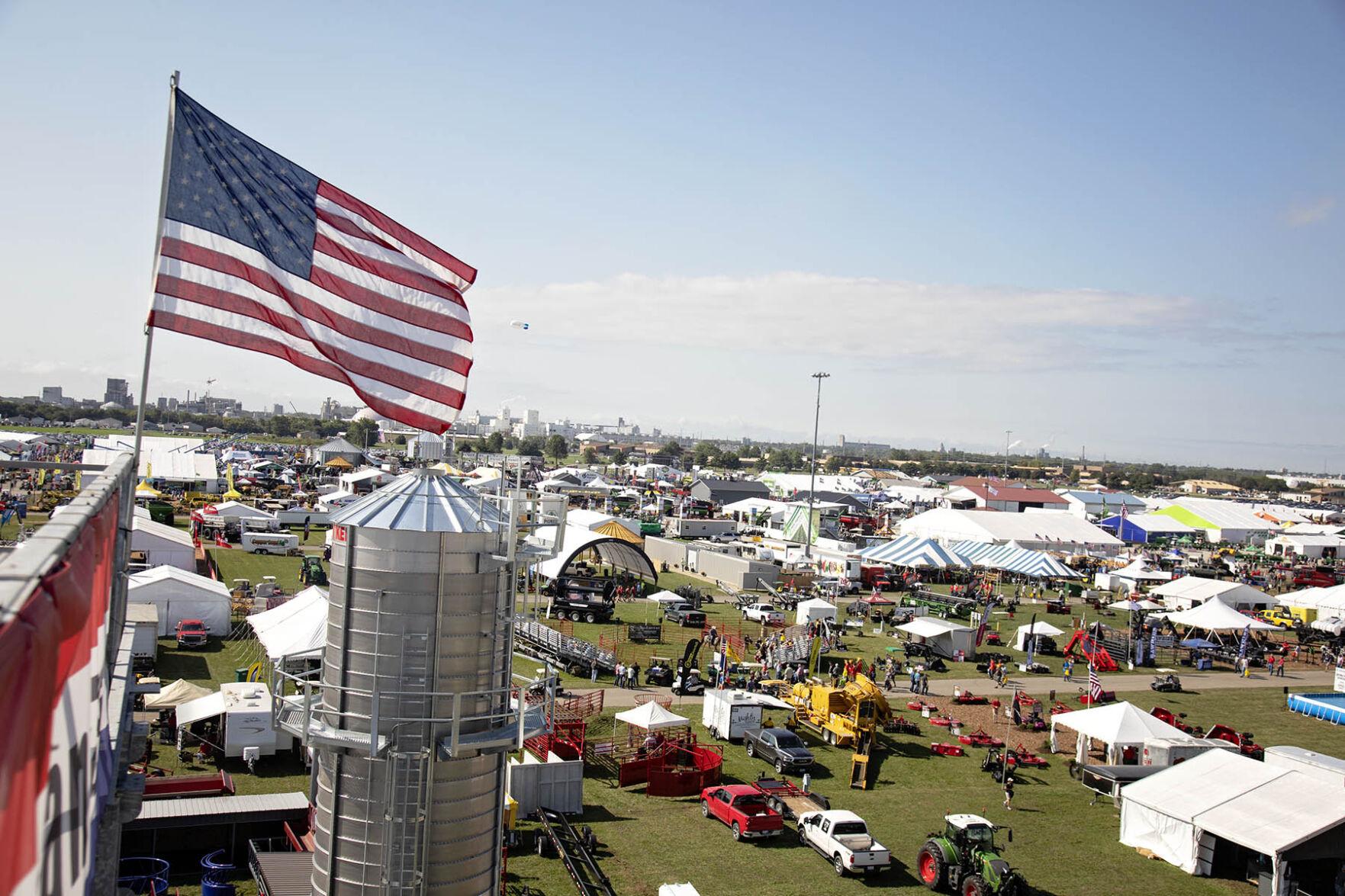 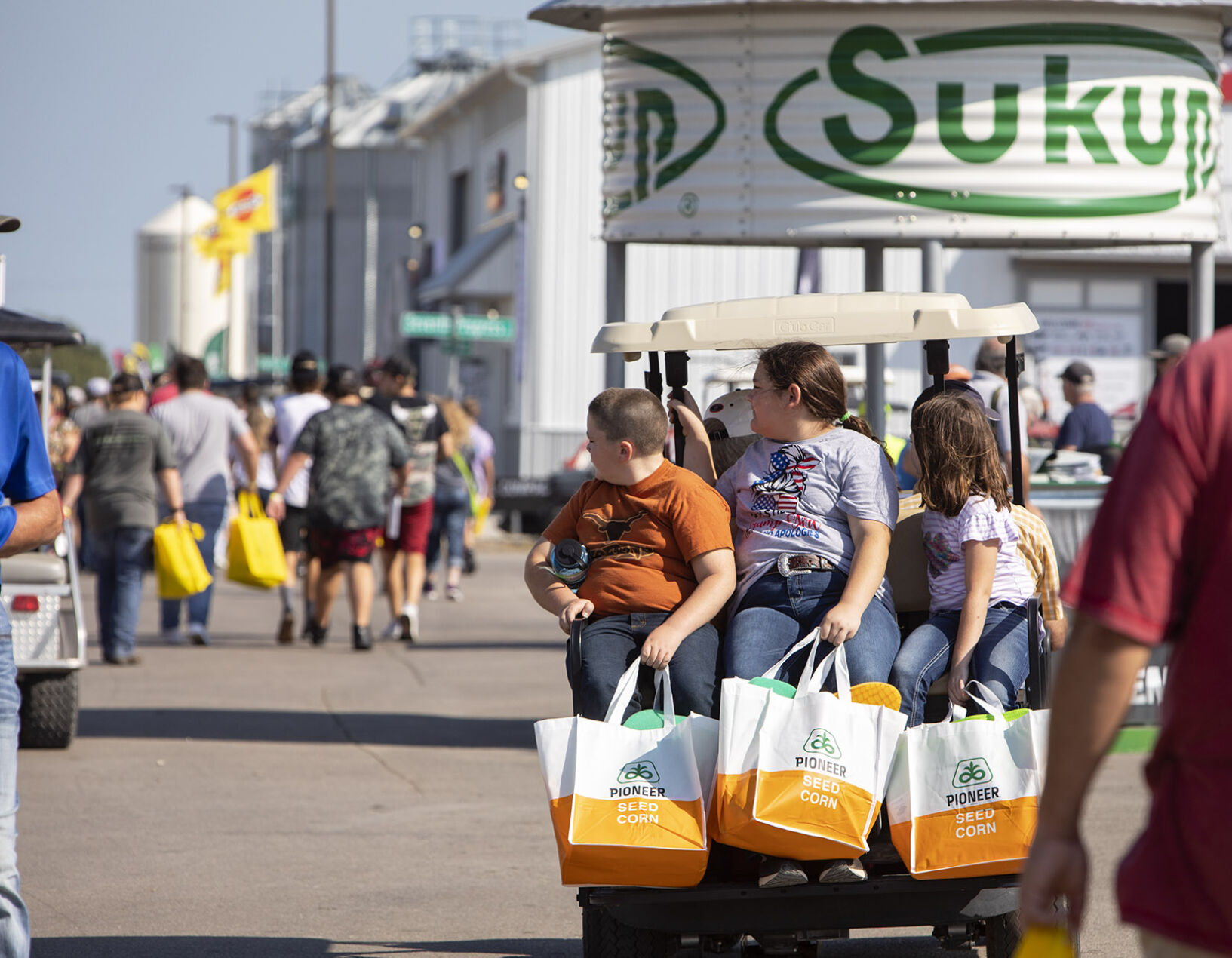 Summit participants reinforce how biofuels are an important piece of energy and ag economics. (Photo by Catrina Rawson)

“We’re here today to hear from each of you to make sure that biofuels are part of our economy,” said Davis, who was joined on stage by Republican U.S. Reps. Mike Bost, Murphysboro; Darin LaHood, Dunlap; Randy Feenstra, Iowa; Mariannette Miller-Meeks, Iowa and Jim Baird, Indiana.

The group reinforced the need for a long-term biofuels policy, a strong Renewable Fuels Standard, next generation biofuels and year-round E15 sales.

Guebert noted Illinois is the third largest ethanol producer in the nation with 13 ethanol plants, and the fourth largest biodiesel-producing state.

The transportation sector is responsible for 27% of greenhouse gas emissions, and the Energy Information Administration predicts internal combustion engines will be the dominant engine for the next several decades, meaning more fuel and engine efficiencies are critical pieces in reducing greenhouse gases, he added.

“We in the ag community believe ethanol — a high octane, low carbon fuel — can be a very important transition fuel for our country,” he added.

Legislators also said they’ll work to preserve the integrity of the Renewable Fuel Standard, and support the reintroduction of the Next Generation Fuels Act — legislation to transition gasoline and vehicles to low-carbon, higher-octane fuel. The legislation was introduced by U.S. Rep. Cheri Bustos, D-East Moline.

Asked about the status of the biodiesel tax credit, LaHood said there’s a couple proposals to clean up the “dysfunctional” process, but it likely won’t happen this year. The bottom line is a long-term plan is needed and the $3.5 trillion proposed spending bill may play a part.

“Ways and Means (Committee) is going back next week to mark up this $3.5 trillion Democrat wish list, and I’m really worried about stepped-up basis and what they want to do on that,” he added.

Asked about the status of the $1.2 trillion federal infrastructure bill, which invests in roads, bridges, rail, broadband and water, Davis chastised the Democratic House Caucus for holding the bill hostage until the larger spending bill has been voted on.

“We can talk about the details of the infrastructure investment. We can talk about our vision for the future of biofuels in this country But if that $3 trillion package passes as written today, the ability of each of you in the ag industry to pass a farm down to the next generation will grow by millions of dollars per farm,” he said. 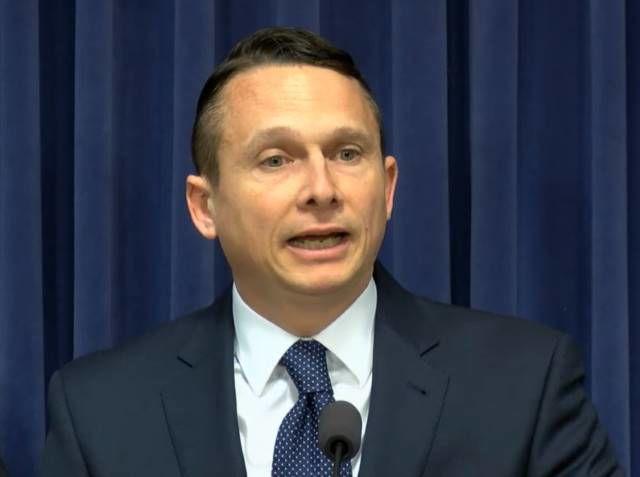 On a 39-16 vote with two voting present, the Senate late Wednesday sent SB 18 to the House of Representatives that had adjourned earlier. Because the House hasn’t considered SB 18, the bill will have to go through the legislative process just as other bills do.

The bill includes very complex and technical language and two provisions of special interest to IFB. One is the granting of eminent domain powers, and the second would keep the Prairie State coal-powered electric generation facility operating in southern Illinois until 2045. Many changes to the proposal are anticipated in the House, according to Bodine.

“IFB will continue to advocate that no eminent domain powers for private utility companies, like Grain Belt Express, should be granted and will support reflection of IFB positions and policies in continuing negotiations,” said Kevin Semlow, IFB director of state legislation.

State Sen. Bill Cunningham, D-Chicago, a lead energy bill negotiator, told reporters the bill’s granting of eminent domain “was very limited” and pertained to Grain Belt Express transmission line in seven southern Illinois counties. Cunningham stressed the utility company, Invenergy, would have to go through the Illinois Commerce Commission and through the courts. “Nobody’s property is going to be taken away without getting the full market value of property that a transmission line goes over,” he said.

During debate in the Senate, three senators called for the provision granting eminent domain authority to a private utility be removed from the legislation.

Senate President Don Harmon, D-Oak Park, told reporters, “We’re in the mindset of transformation to a new green economy. I think the coal plants are headed out regardless of legislative action. We may accelerate that, but we need to transform our economy to affordable, reliable, renewable energy.”

Harmon characterized the senate’s bill as striking a balance between job loss and “real, meaningful decarbonization.”