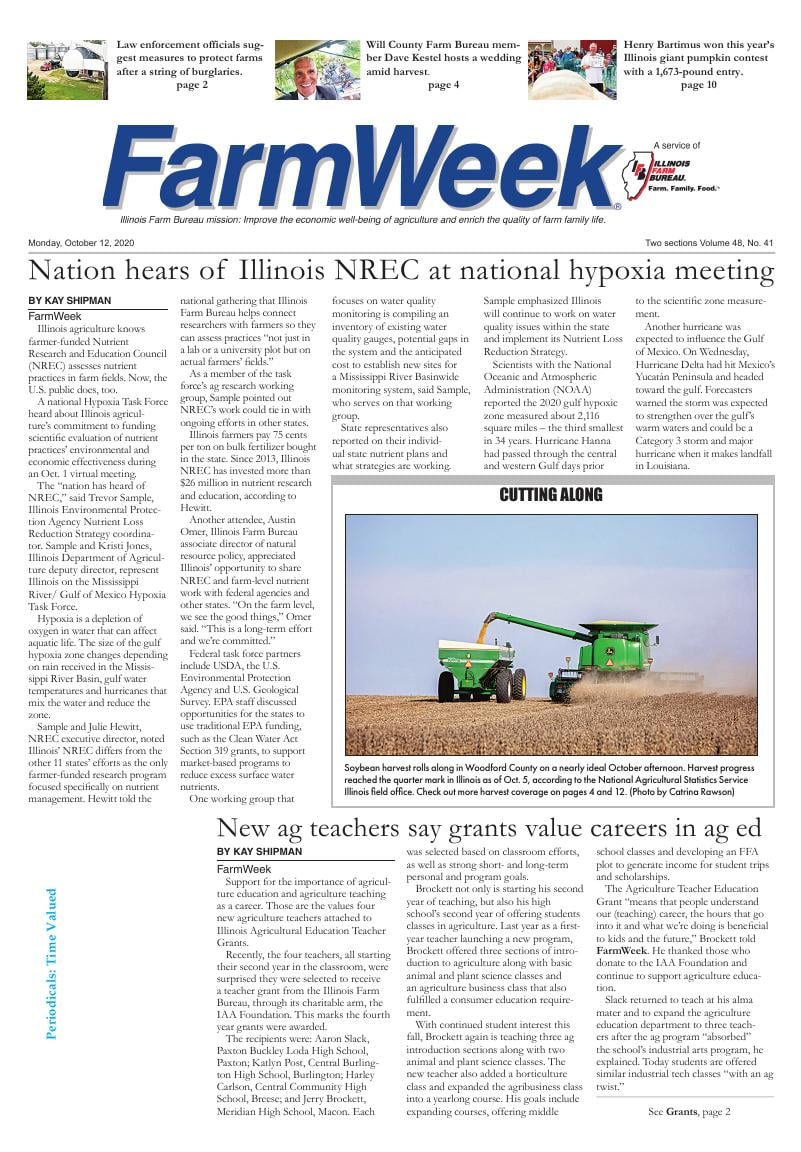 Hypoxia is a depletion of oxygen in water that can affect aquatic life. The size of the gulf hypoxia zone changes depending on rain received in the Mississippi River Basin, gulf water temperatures and hurricanes that mix the water and reduce the zone.

Sample and Julie Hewitt, NREC executive director, noted Illinois’ NREC differs from the other 11 states’ efforts as the only farmer-funded research program focused specifically on nutrient management. Hewitt told the national gathering that Illinois Farm Bureau helps connect researchers with farmers so they can assess practices “not just in a lab or a university plot but on actual farmers’ fields.”

As a member of the task force’s ag research working group, Sample pointed out NREC’s work could tie in with ongoing efforts in other states.

Illinois farmers pay 75 cents per ton on bulk fertilizer bought in the state. Since 2013, Illinois NREC has invested more than $26 million in nutrient research and education, according to Hewitt.

Another attendee, Austin Omer, Illinois Farm Bureau associate director of natural resource policy, appreciated Illinois’ opportunity to share NREC and farm-level nutrient work with federal agencies and other states. “On the farm level, we see the good things,” Omer said. “This is a long-term effort and we’re committed.”

One working group that focuses on water quality monitoring is compiling an inventory of existing water quality gauges, potential gaps in the system and the anticipated cost to establish new sites for a Mississippi River Basinwide monitoring system, said Sample, who serves on that working group.

State representatives also reported on their individual state nutrient plans and what strategies are working. Sample emphasized Illinois will continue to work on water quality issues within the state and implement its Nutrient Loss Reduction Strategy.

Scientists with the National Oceanic and Atmospheric Administration (NOAA) reported the 2020 gulf hypoxic zone measured about 2,116 square miles – the third smallest in 34 years. Hurricane Hanna had passed through the central and western Gulf days prior to the scientific zone measurement.

Another hurricane was expected to influence the Gulf of Mexico. On Wednesday, Hurricane Delta had hit Mexico’s Yucatán Peninsula and headed toward the gulf. Forecasters warned the storm was expected to strengthen over the gulf’s warm waters and could be a Category 3 storm and major hurricane when it makes landfall in Louisiana. 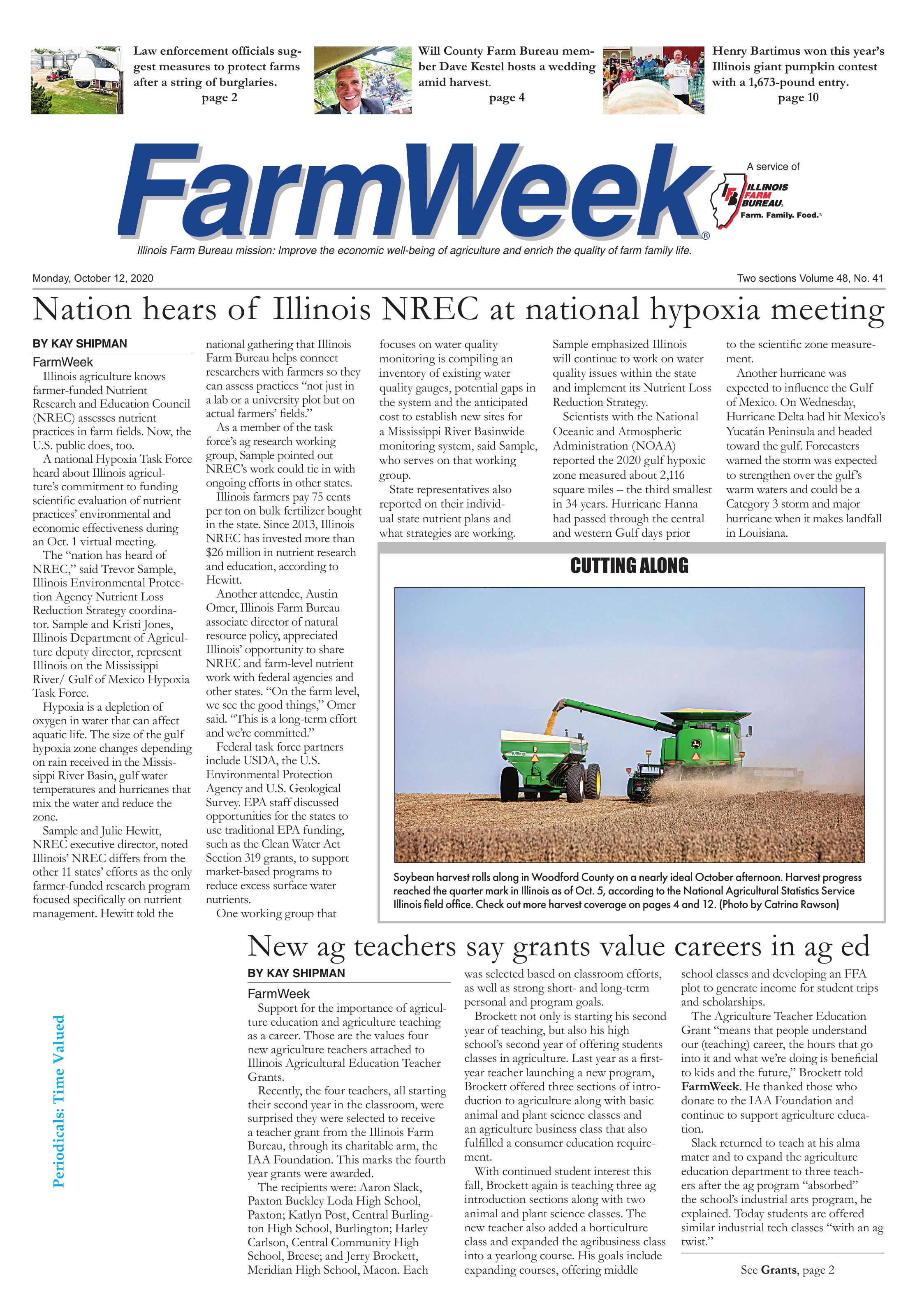