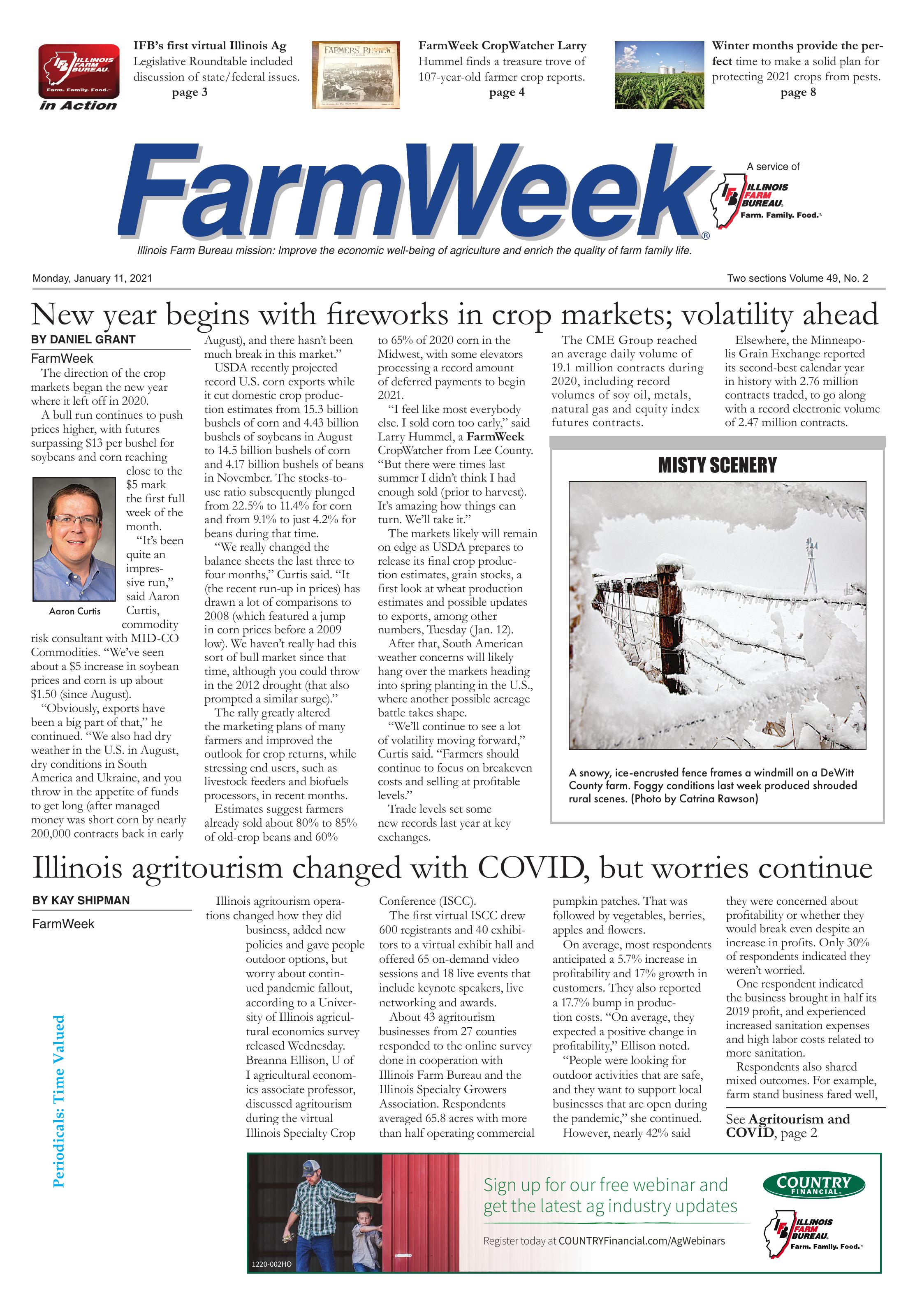 New year begins with fireworks in crop markets; volatility ahead

The direction of the crop markets began the new year where it left off in 2020.

A bull run continues to push prices higher, with futures surpassing $13 per bushel for soybeans and corn reaching close to the $5 mark the first full week of the month.

“It’s been quite an impressive run,” said Aaron Curtis, commodity risk consultant with MID-CO Commodities. “We’ve seen about a $5 increase in soybean prices and corn is up about $1.50 (since August).

“Obviously, exports have been a big part of that,” he continued. “We also had dry weather in the U.S. in August, dry conditions in South America and Ukraine, and you throw in the appetite of funds to get long (after managed money was short corn by nearly 200,000 contracts back in early August), and there hasn’t been much break in this market.”

“We really changed the balance sheets the last three to four months,” Curtis said. “It (the recent run-up in prices) has drawn a lot of comparisons to 2008 (which featured a jump in corn prices before a 2009 low). We haven’t really had this sort of bull market since that time, although you could throw in the 2012 drought (that also prompted a similar surge).”

The rally greatly altered the marketing plans of many farmers and improved the outlook for crop returns, while stressing end users, such as livestock feeders and biofuels processors, in recent months.

Estimates suggest farmers already sold about 80% to 85% of old-crop beans and 60% to 65% of 2020 corn in the Midwest, with some elevators processing a record amount of deferred payments to begin 2021.

“I feel like most everybody else. I sold corn too early,” said Larry Hummel, a FarmWeek CropWatcher from Lee County. “But there were times last summer I didn’t think I had enough sold (prior to harvest). It’s amazing how things can turn. We’ll take it.”

After that, South American weather concerns will likely hang over the markets heading into spring planting in the U.S., where another possible acreage battle takes shape.

“We’ll continue to see a lot of volatility moving forward,” Curtis said. “Farmers should continue to focus on breakeven costs and selling at profitable levels.”

Elsewhere, the Minneapolis Grain Exchange reported its second-best calendar year in history with 2.76 million contracts traded, to go along with a record electronic volume of 2.47 million contracts.

The first virtual ISCC drew 600 registrants and 40 exhibitors to a virtual exhibit hall and offered 65 on-demand video sessions and 18 live events that include keynote speakers, live networking and awards.

About 43 agritourism businesses from 27 counties responded to the online survey done in cooperation with Illinois Farm Bureau and the Illinois Specialty Growers Association. Respondents averaged 65.8 acres with more than half operating commercial pumpkin patches. That was followed by vegetables, berries, apples and flowers.

“People were looking for outdoor activities that are safe, and they want to support local businesses that are open during the pandemic,” she continued.

However, nearly 42% said they were concerned about profitability or whether they would break even despite an increase in profits. Only 30% of respondents indicated they weren’t worried.

One respondent indicated the business brought in half its 2019 profit, and experienced increased sanitation expenses and high labor costs related to more sanitation.

“So, operations highly reliant on large events, such as weddings and school tours, those operations are really hurting during the pandemic,” she said. “They’re having a hard time and are likely to do so with state mitigation limits.”

About 90% reported increased cleaning and sanitation of their operations, and many posted signs with COVID safety guidelines and information.

Liability related to COVID surfaced as a major concern. About three-quarters reported being concerned or very concerned they might be sued, Ellison noted. But only 7% had customers sign liability waivers and about 5% bought more liability insurance.

Business practices changed at some agritourism operations. Respondents noted a 49% increase in social media uses, 44% increase in website use and 42% increase in e-commerce. “We heard a lot had to adopt cashless payment systems,” Ellison said.

Pandemic concerns for agritourism continue into 2021. “On the whole, looking at a lockdown over the winter concerns all agritourism,” Ellison said. “Several indicated they’re OK now, but don’t know how this can keep up.” 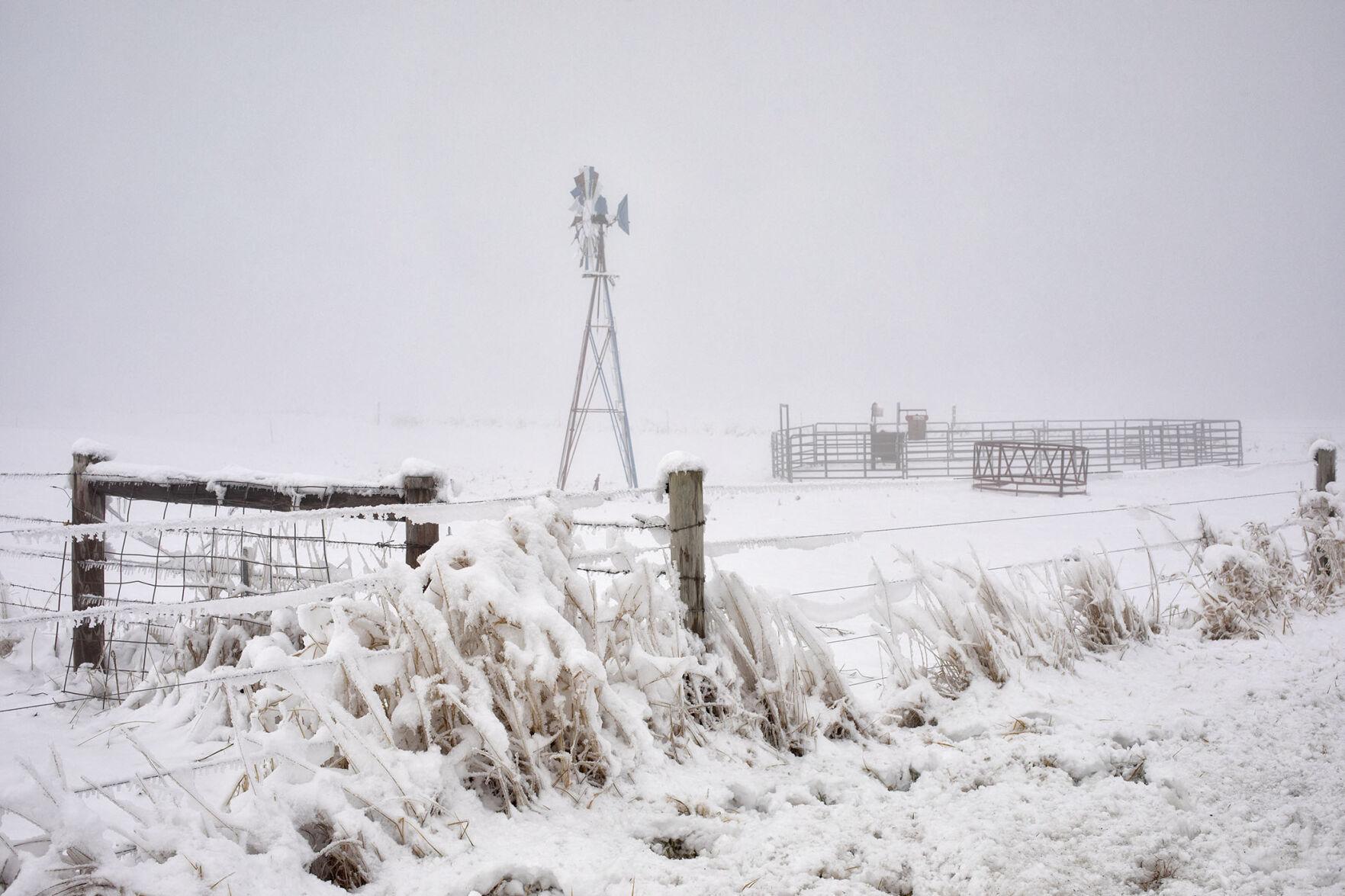