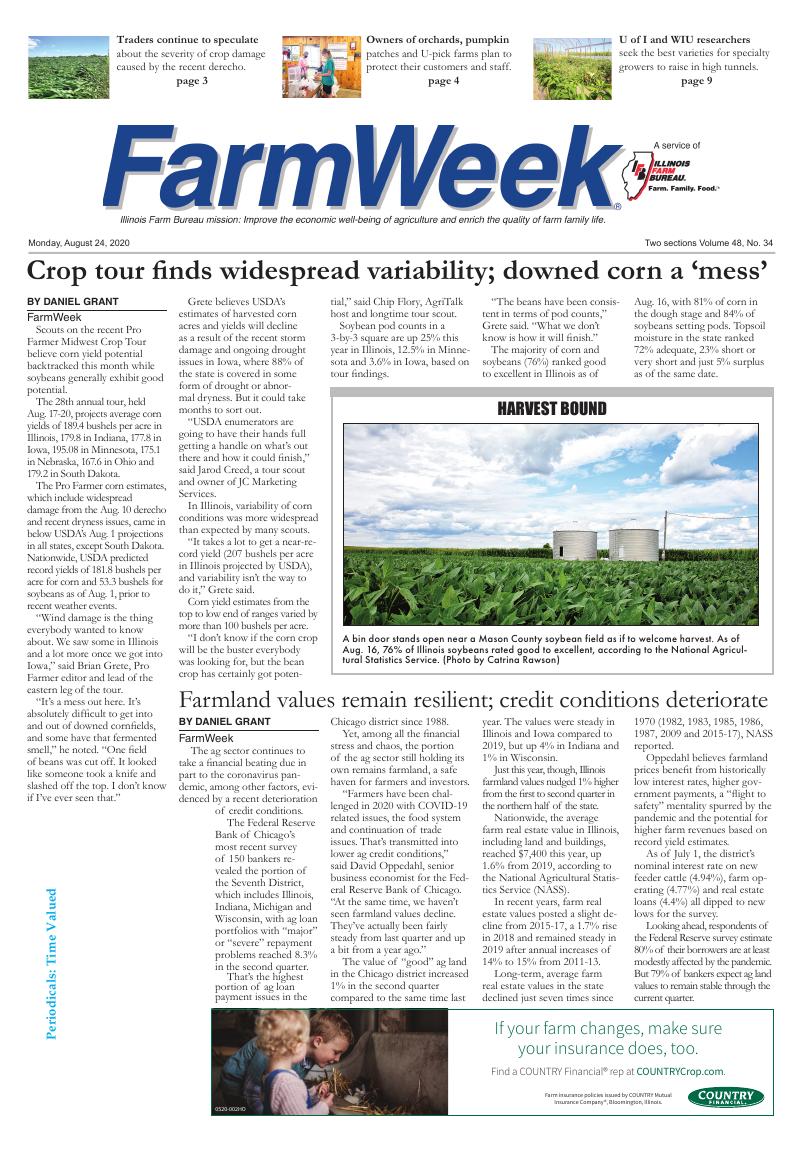 The Pro Farmer corn estimates, which include widespread damage from the Aug. 10 derecho and recent dryness issues, came in below USDA’s Aug. 1 projections in all states, except South Dakota. Nationwide, USDA predicted record yields of 181.8 bushels per acre for corn and 53.3 bushels for soybeans as of Aug. 1, prior to recent weather events.

“Wind damage is the thing everybody wanted to know about. We saw some in Illinois and a lot more once we got into Iowa,” said Brian Grete, Pro Farmer editor and lead of the eastern leg of the tour.

“It’s a mess out here. It’s absolutely difficult to get into and out of downed cornfields, and some have that fermented smell,” he noted. “One field of beans was cut off. It looked like someone took a knife and slashed off the top. I don’t know if I’ve ever seen that.”

Grete believes USDA’s estimates of harvested corn acres and yields will decline as a result of the recent storm damage and ongoing drought issues in Iowa, where 88% of the state is covered in some form of drought or abnormal dryness. But it could take months to sort out.

“USDA enumerators are going to have their hands full getting a handle on what’s out there and how it could finish,” said Jarod Creed, a tour scout and owner of JC Marketing Services.

In Illinois, variability of corn conditions was more widespread than expected by many scouts.

“It takes a lot to get a near-record yield (207 bushels per acre in Illinois projected by USDA), and variability isn’t the way to do it,” Grete said.

Corn yield estimates from the top to low end of ranges varied by more than 100 bushels per acre.

“I don’t know if the corn crop will be the buster everybody was looking for, but the bean crop has certainly got potential,” said Chip Flory, AgriTalk host and longtime tour scout.

“The beans have been consistent in terms of pod counts,” Grete said. “What we don’t know is how it will finish.”

The majority of corn and soybeans (76%) ranked good to excellent in Illinois as of Aug. 16, with 81% of corn in the dough stage and 84% of soybeans setting pods. Topsoil moisture in the state ranked 72% adequate, 23% short or very short and just 5% surplus as of the same date. 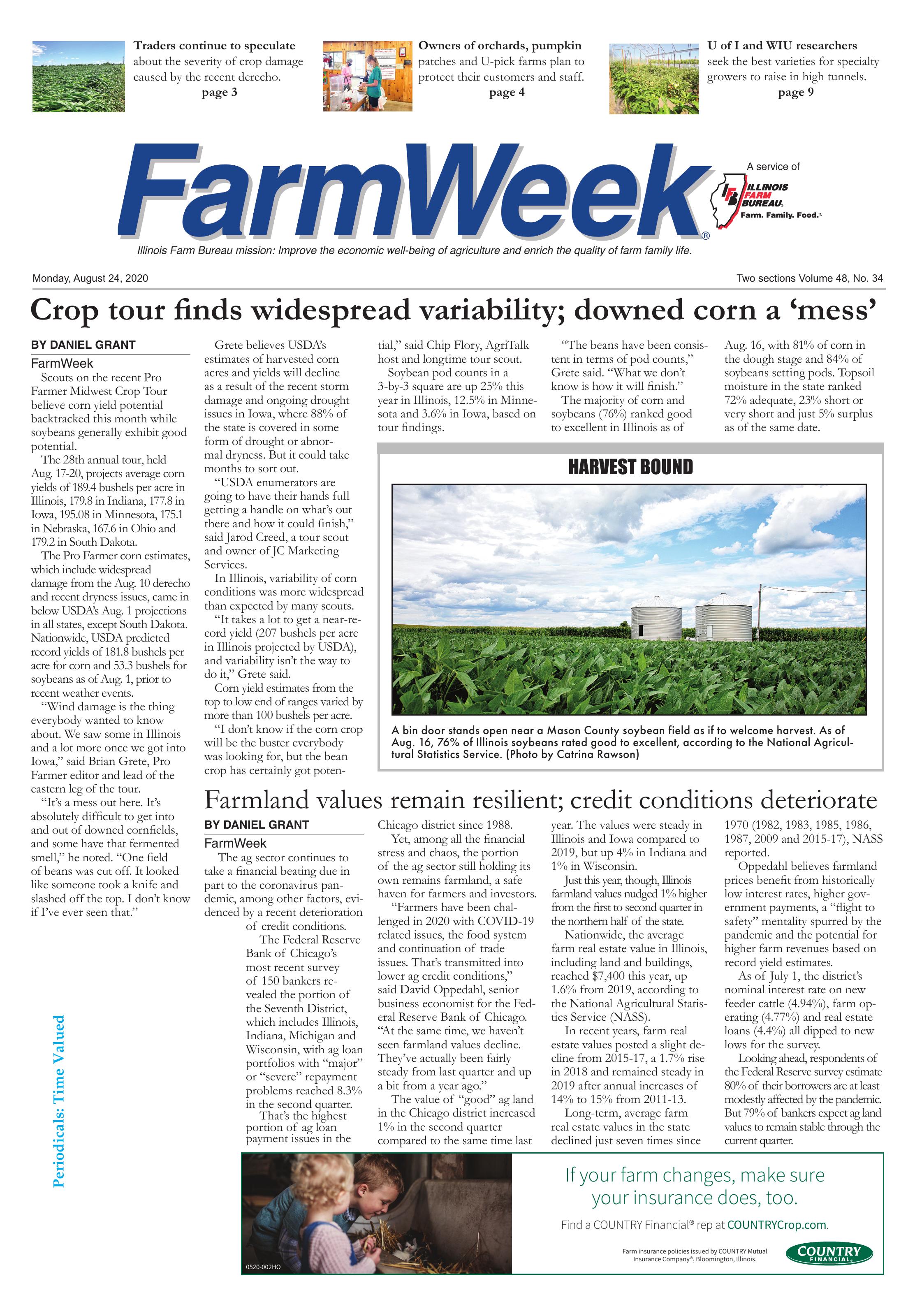