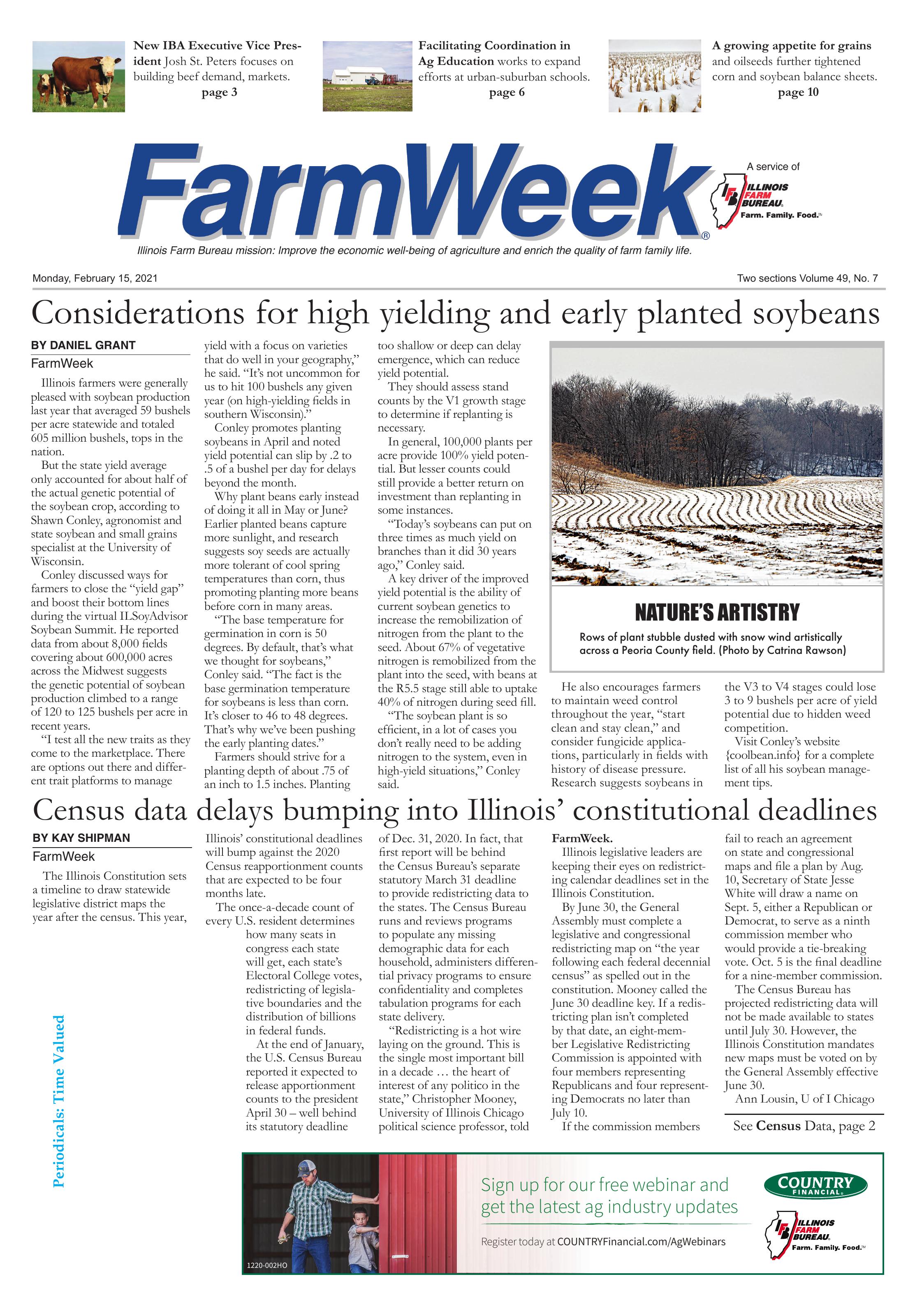 But the state yield average only accounted for about half of the actual genetic potential of the soybean crop, according to Shawn Conley, agronomist and state soybean and small grains specialist at the University of Wisconsin.

Conley discussed ways for farmers to close the “yield gap” and boost their bottom lines during the virtual ILSoyAdvisor Soybean Summit. He reported data from about 8,000 fields covering about 600,000 acres across the Midwest suggests the genetic potential of soybean production climbed to a range of 120 to 125 bushels per acre in recent years.

“I test all the new traits as they come to the marketplace. There are options out there and different trait platforms to manage yield with a focus on varieties that do well in your geography,” he said. “It’s not uncommon for us to hit 100 bushels any given year (on high-yielding fields in southern Wisconsin).”

Conley promotes planting soybeans in April and noted yield potential can slip by .2 to .5 of a bushel per day for delays beyond the month.

Why plant beans early instead of doing it all in May or June? Earlier planted beans capture more sunlight, and research suggests soy seeds are actually more tolerant of cool spring temperatures than corn, thus promoting planting more beans before corn in many areas.

Farmers should strive for a planting depth of about .75 of an inch to 1.5 inches. Planting too shallow or deep can delay emergence, which can reduce yield potential.

They should assess stand counts by the V1 growth stage to determine if replanting is necessary.

In general, 100,000 plants per acre provide 100% yield potential. But lesser counts could still provide a better return on investment than replanting in some instances.

“Today’s soybeans can put on three times as much yield on branches than it did 30 years ago,” Conley said.

A key driver of the improved yield potential is the ability of current soybean genetics to increase the remobilization of nitrogen from the plant to the seed. About 67% of vegetative nitrogen is remobilized from the plant into the seed, with beans at the R5.5 stage still able to uptake 40% of nitrogen during seed fill.

“The soybean plant is so efficient, in a lot of cases you don’t really need to be adding nitrogen to the system, even in high-yield situations,” Conley said.

He also encourages farmers to maintain weed control throughout the year, “start clean and stay clean,” and consider fungicide applications, particularly in fields with history of disease pressure. Research suggests soybeans in the V3 to V4 stages could lose 3 to 9 bushels per acre of yield potential due to hidden weed competition.

The Illinois Constitution sets a timeline to draw statewide legislative district maps the year after the census. This year, Illinois’ constitutional deadlines will bump against the 2020 Census reapportionment counts that are expected to be four months late.

The once-a-decade count of every U.S. resident determines how many seats in congress each state will get, each state’s Electoral College votes, redistricting of legislative boundaries and the distribution of billions in federal funds.

At the end of January, the U.S. Census Bureau reported it expected to release apportionment counts to the president April 30 – well behind its statutory deadline of Dec. 31, 2020. In fact, that first report will be behind the Census Bureau’s separate statutory March 31 deadline to provide redistricting data to the states. The Census Bureau runs and reviews programs to populate any missing demographic data for each household, administers differential privacy programs to ensure confidentiality and completes tabulation programs for each state delivery.

“Redistricting is a hot wire laying on the ground. This is the single most important bill in a decade … the heart of interest of any politico in the state,” Christopher Mooney, University of Illinois Chicago political science professor, told FarmWeek.

Illinois legislative leaders are keeping their eyes on redistricting calendar deadlines set in the Illinois Constitution.

By June 30, the General Assembly must complete a legislative and congressional redistricting map on “the year following each federal decennial census” as spelled out in the constitution. Mooney called the June 30 deadline key. If a redistricting plan isn’t completed by that date, an eight-member Legislative Redistricting Commission is appointed with four members representing Republicans and four representing Democrats no later than July 10.

If the commission members fail to reach an agreement on state and congressional maps and file a plan by Aug. 10, Secretary of State Jesse White will draw a name on Sept. 5, either a Republican or Democrat, to serve as a ninth commission member who would provide a tie-breaking vote. Oct. 5 is the final deadline for a nine-member commission.

The Census Bureau has projected redistricting data will not be made available to states until July 30. However, the Illinois Constitution mandates new maps must be voted on by the General Assembly effective June 30.

Ann Lousin, U of I Chicago constitutional law professor, served as a research assistant during the 1969-70 constitutional convention and remembered the approval process for the first maps drawn after the 1970 constitution was enacted.

“It (the commission process) worked the first time. My boss, Speaker Robert Blair, said, ‘This is all we’re going to get. I don’t want to go to a draw.’ He had made a deal with other legislative leaders. No one knew what you would get in a coin toss,” Lousin recalled.

Once, district maps went through different approval processes. In 2000, the congressional district map was approved by the legislative process, while the General Assembly district map went before the commission and a ninth member.

Lousin countered questions about timing of the current redistricting deadlines in the 1970 constitution. “In ’71, we had no computers. (People would) come in and tell us what you want your district to be,” she said.

Some political experts have raised the possibility of using 2010 Census data if the 2020 data is not available in time. While the state constitution doesn’t specify the “particular census data” that must be applied, “I don’t see how you could get around that, not using the 2020 Census,” said James Nowlan, a former state legislator who taught American politics at the U of I in Urbana and Chicago, Northern Illinois University and Knox College.

Not only are legislators keeping state constitutional deadlines in mind, but they are also aware of another deadline in early September for candidates who would want to know about district boundaries, Nowlan noted. “Candidates circulate primary petitions the first week of September,” he added.

Lousin speculated the four legislative caucuses would work furiously with tentative census data, setting up potential maps. If the 2020 Census apportionment data is released April 30, the caucuses would tweak their maps, she predicted. 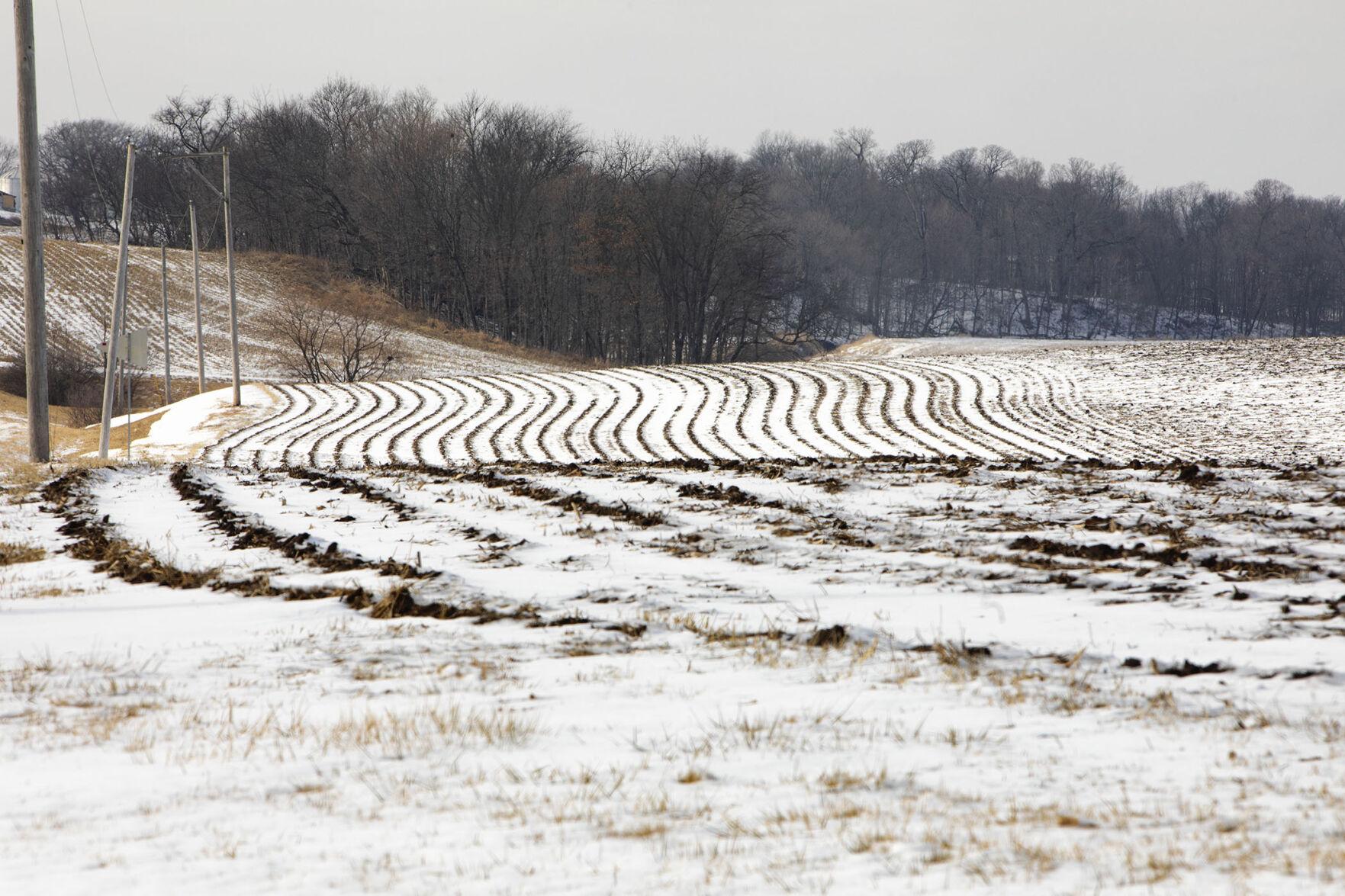