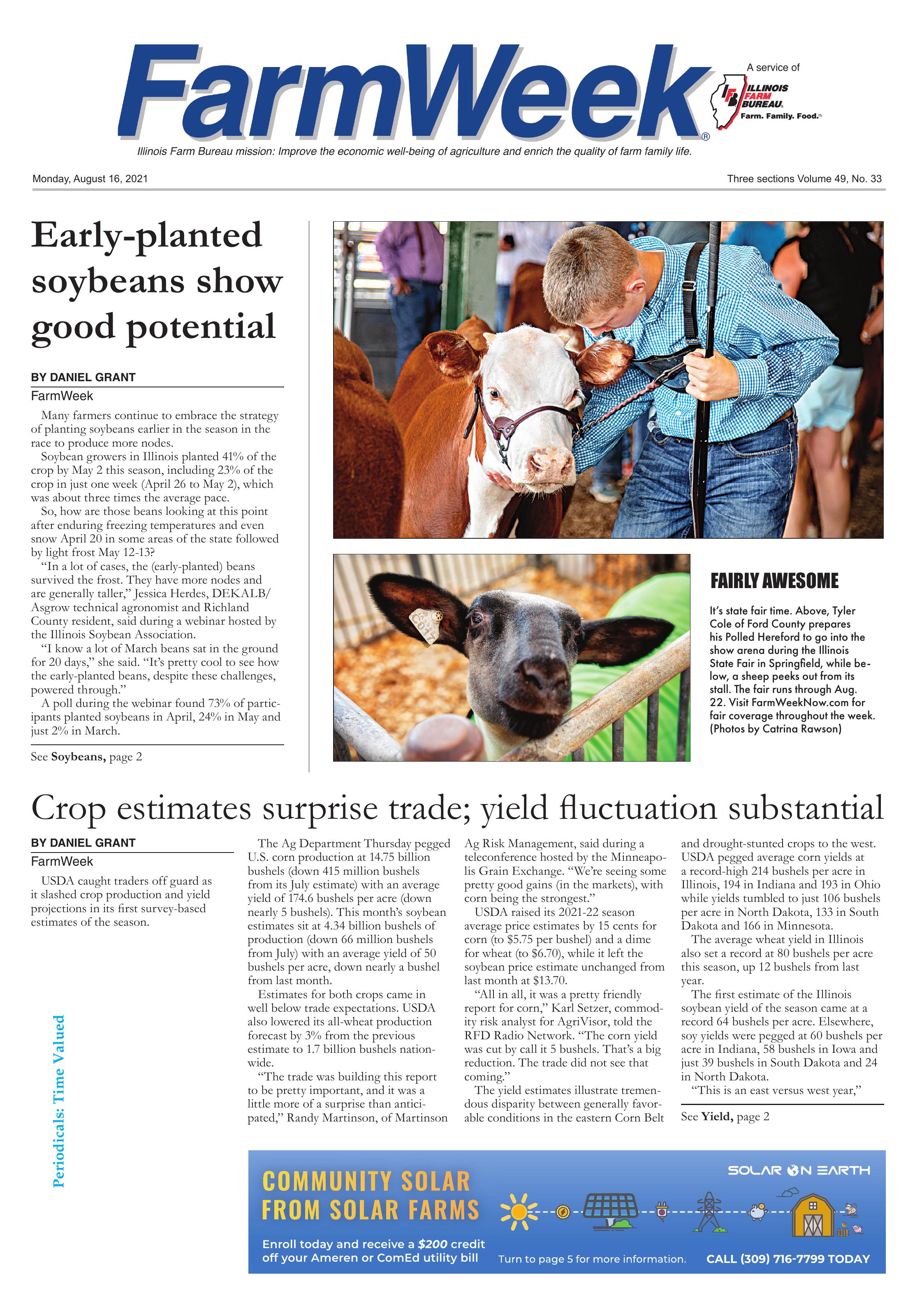 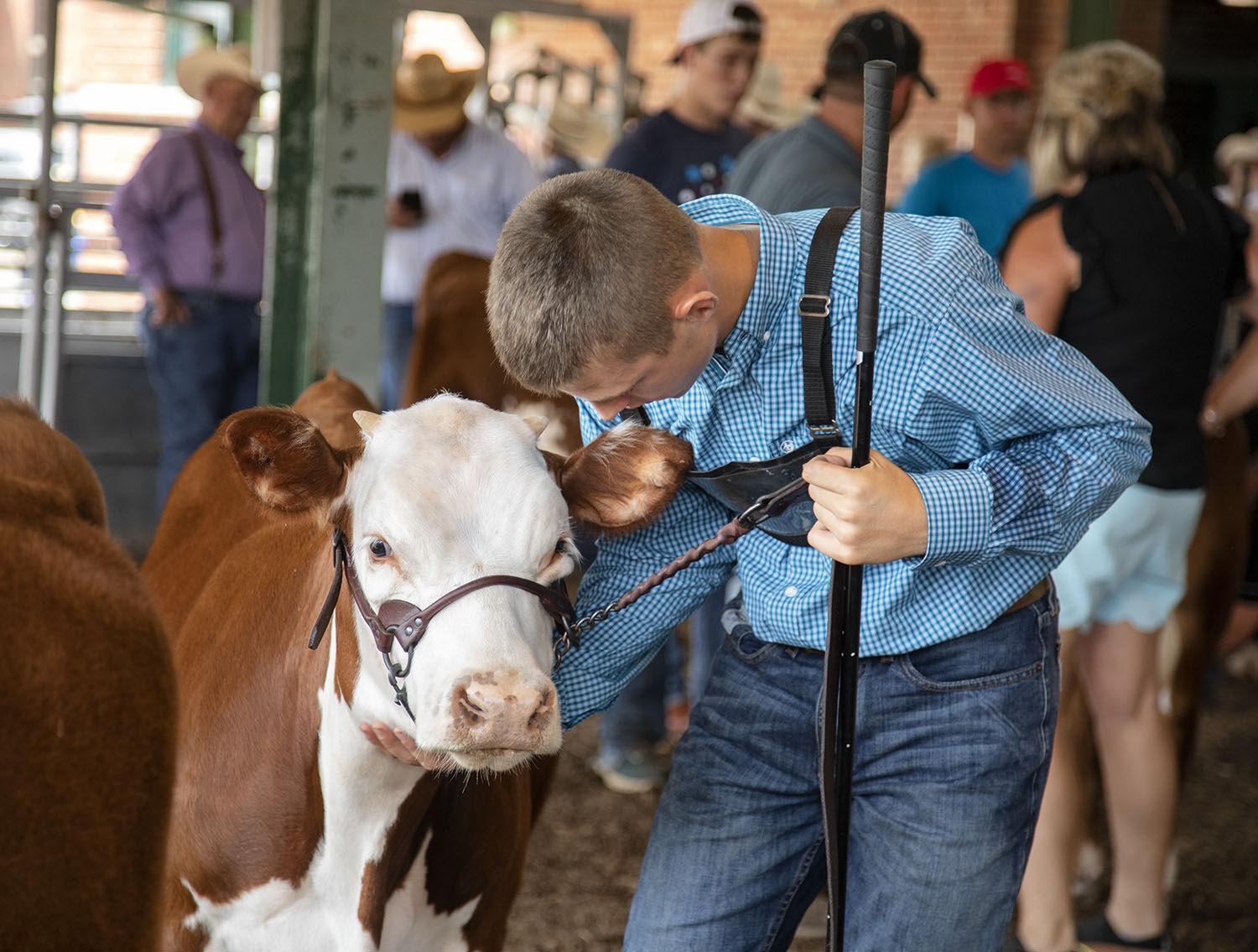 It’s state fair time. Above, Tyler Cole of Ford County prepares his Polled Hereford to go into the show arena during the Illinois State Fair in Springfield, while below, a sheep peeks out from its stall. The fair runs through Aug. 22. Visit FarmWeekNow.com for fair coverage throughout the week. (Photos by Catrina Rawson) 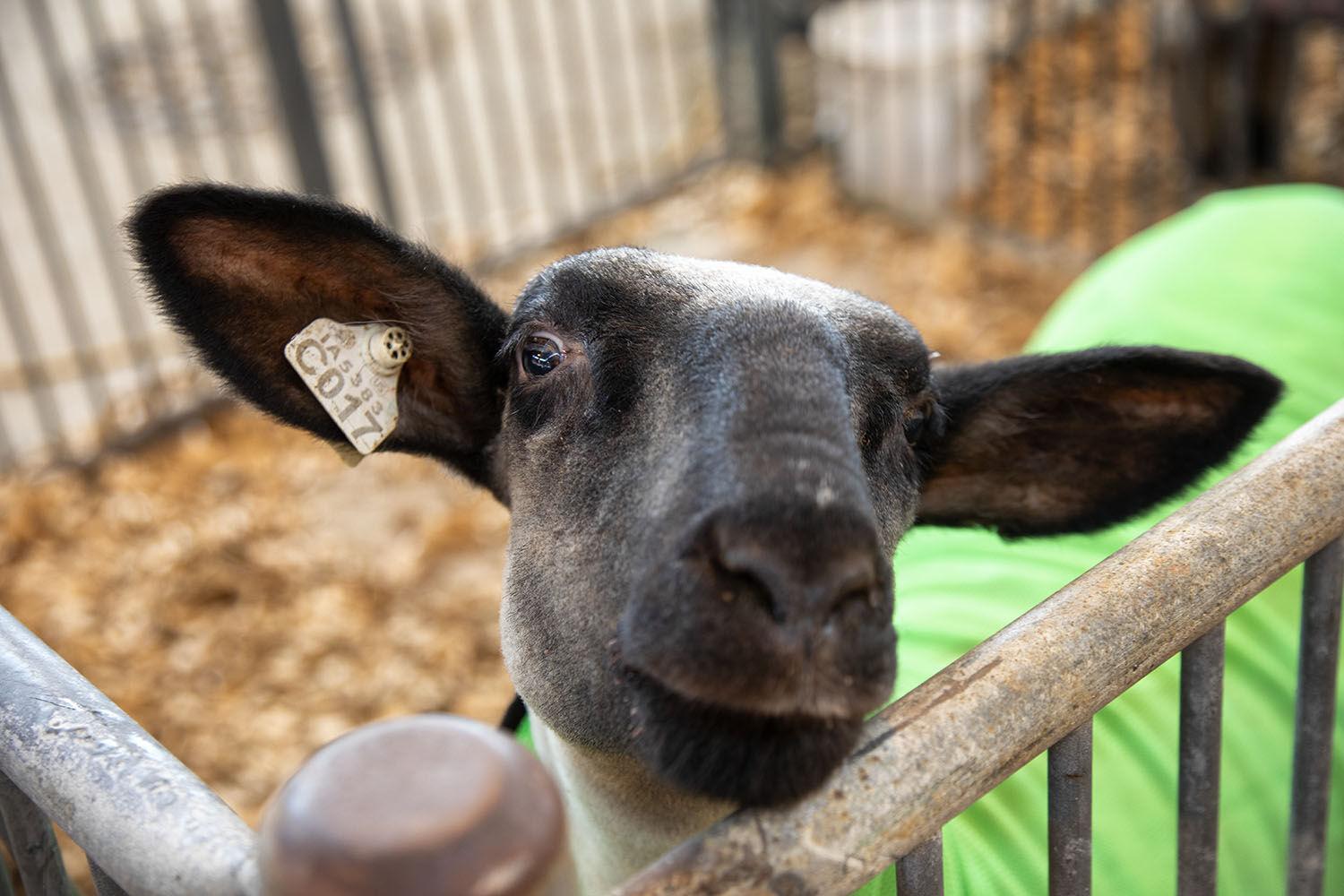 USDA caught traders off guard as it slashed crop production and yield projections in its first survey-based estimates of the season.

Estimates for both crops came in well below trade expectations. USDA also lowered its all-wheat production forecast by 3% from the previous estimate to 1.7 billion bushels nationwide.

“The trade was building this report to be pretty important, and it was a little more of a surprise than anticipated,” Randy Martinson, of Martinson Ag Risk Management, said during a teleconference hosted by the Minneapolis Grain Exchange. “We’re seeing some pretty good gains (in the markets), with corn being the strongest.”

“All in all, it was a pretty friendly report for corn,” Karl Setzer, commodity risk analyst for AgriVisor, told the RFD Radio Network. “The corn yield was cut by call it 5 bushels. That’s a big reduction. The trade did not see that coming.”

The yield estimates illustrate tremendous disparity between generally favorable conditions in the eastern Corn Belt and drought-stunted crops to the west. USDA pegged average corn yields at a record-high 214 bushels per acre in Illinois, 194 in Indiana and 193 in Ohio while yields tumbled to just 106 bushels per acre in North Dakota, 133 in South Dakota and 166 in Minnesota.

The average wheat yield in Illinois also set a record at 80 bushels per acre this season, up 12 bushels from last year. 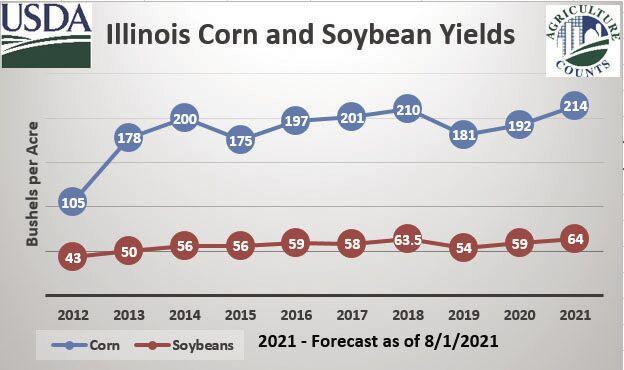 The first estimate of the Illinois soybean yield of the season came at a record 64 bushels per acre. Elsewhere, soy yields were pegged at 60 bushels per acre in Indiana, 58 bushels in Iowa and just 39 bushels in South Dakota and 24 in North Dakota.

“This is an east versus west year,” Martinson said. “We’re as bad as they’re saying (in the northwest Corn Belt). Crops look pretty tough.”

Many farmers continue to embrace the strategy of planting soybeans earlier in the season in the race to produce more nodes.

Soybean growers in Illinois planted 41% of the crop by May 2 this season, including 23% of the crop in just one week (April 26 to May 2), which was about three times the average pace.

So, how are those beans looking at this point after enduring freezing temperatures and even snow April 20 in some areas of the state followed by light frost May 12-13?

“In a lot of cases, the (early-planted) beans survived the frost. They have more nodes and are generally taller,” Jessica Herdes, DEKALB/Asgrow technical agronomist and Richland County resident, said during a webinar hosted by the Illinois Soybean Association.

“I know a lot of March beans sat in the ground for 20 days,” she said. “It’s pretty cool to see how the early-planted beans, despite these challenges, powered through.”

A poll during the webinar found 73% of participants planted soybeans in April, 24% in May and just 2% in March.

One of the biggest challenges for the entire crop in recent months came in the form of heavy rains in parts of the state, which completely drowned out some portions of fields depending on severity of the storms and field drainage.

“I think we’ll see pods be aborted in some fields due to lack of oxygen,” Herdes said.

But, overall, soybean condition ratings improved to 78% good to excellent in Illinois as of Aug. 9, with 71% of the crop setting pods (3 points ahead of the average pace).

A soy plant generally adds one main stem node every 3.7 days after the first trifoliate appears, until the beginning of seed development.

Herdes also reported modern soy varieties flower up to a week earlier and are in reproductive growth stages up to 14 additional days compared to older varieties.

“Data promote planting fuller maturity group soybeans to put a few more nodes on,” she said. “This (planting earlier) allows us to do that without worrying as much about that first frost.”

Planting soybeans in April, or even March, also can provide farmers more time to plant corn in better conditions and sidedress nitrogen.

Some keys to success for early-planted beans include the use of seed treatments, choose tolerant varieties in fields with a history of sudden death syndrome (SDS) and consider adding SDS protection in the seed treatment, and use caution or even avoid the use of PPO herbicides in early-planted, conventionally-tilled soils to avoid herbicide damage.

“We really need to get away from getting too hung up on a calendar date and pay attention to soil conditions, weather and focus on timely planting,” the technical agronomist said of soybean planting strategies. “It’s really all about yield and higher potential planting early.”