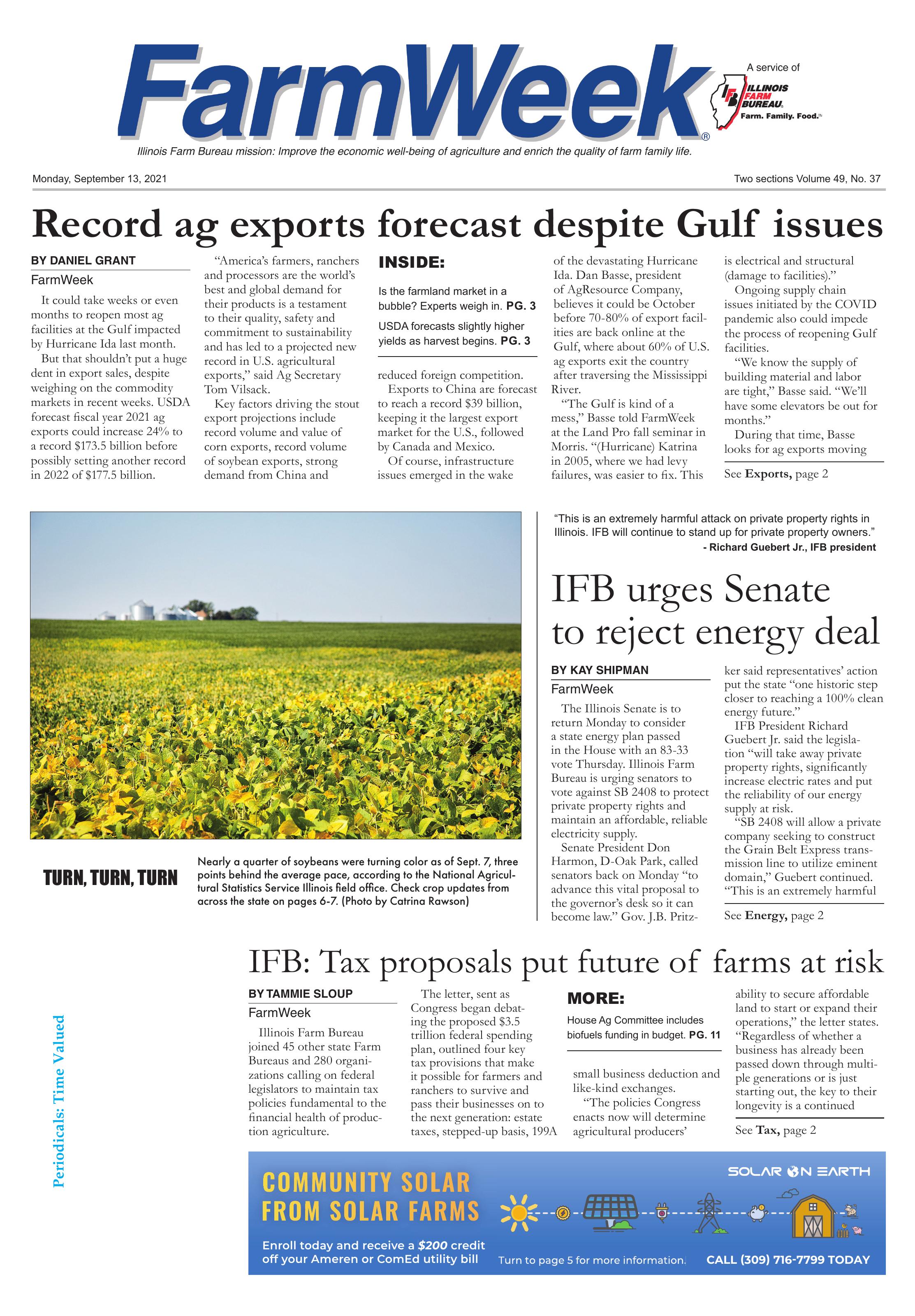 It could take weeks or even months to reopen most ag facilities at the Gulf impacted by Hurricane Ida last month. 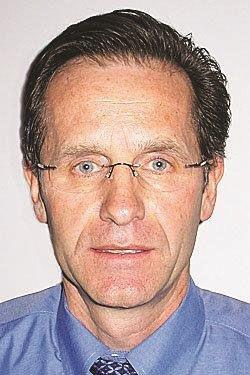 But that shouldn’t put a huge dent in export sales, despite weighing on the commodity markets in recent weeks. USDA forecast fiscal year 2021 ag exports could increase 24% to a record $173.5 billion before possibly setting another record in 2022 of $177.5 billion.

“America’s farmers, ranchers and processors are the world’s best and global demand for their products is a testament to their quality, safety and commitment to sustainability and has led to a projected new record in U.S. agricultural exports,” said Ag Secretary Tom Vilsack.

Exports to China are forecast to reach a record $39 billion, keeping it the largest export market for the U.S., followed by Canada and Mexico.

Of course, infrastructure issues emerged in the wake of the devastating Hurricane Ida. Dan Basse, president of AgResource Company, believes it could be October before 70-80% of export facilities are back online at the Gulf, where about 60% of U.S. ag exports exit the country after traversing the Mississippi River.

“The Gulf is kind of a mess,” Basse told FarmWeek at the Land Pro fall seminar in Morris. “(Hurricane) Katrina in 2005, where we had levy failures, was easier to fix. This is electrical and structural (damage to facilities).”

“We know the supply of building material and labor are tight,” Basse said. “We’ll have some elevators be out for months.”

During that time, Basse looks for ag exports moving by unit trains to the Pacific Northwest to grow and possibly even double on some lines.

“It’s now about understanding ways to minimize the Gulf damage and get commodities out the door,” he said.

But, even with the infrastructure issues caused by Ida and consumer spending in the U.S. starting to wane as about 9 million Americans recently came off unemployment, Basse still sees a bright future for ag product demand and prices.

The analyst projects China will maintain an insatiable appetite for grain and oilseeds and the push for renewable diesel fuel in the U.S., which could be comprised of up to 80% soy oil as the main feedstock, will raise the need for U.S. crop acres out to 2025.

Near-term, production issues in Canada could spur sales of up to 250 million bushels of corn there while world competition could slip as drought decimated Brazil’s safrinha corn crop while food inflation caused Russia to put an export tax on wheat.

“Soybeans should hold between $12 and $14 and wheat may still gallop higher another $1 or $2 before the seasonal high the first quarter next year,” he noted.

Basse also looks for fertilizer prices to continue to go up due in part to the infrastructure issues in the Gulf, and for interest rates to remain near historic lows, which would continue to support farmland prices.

Listen: Dan Basse, president of AgResource Company, sees a case for a bull market for crops into next year, despite current infrastructure issues at the Gulf caused by Hurricane Ida 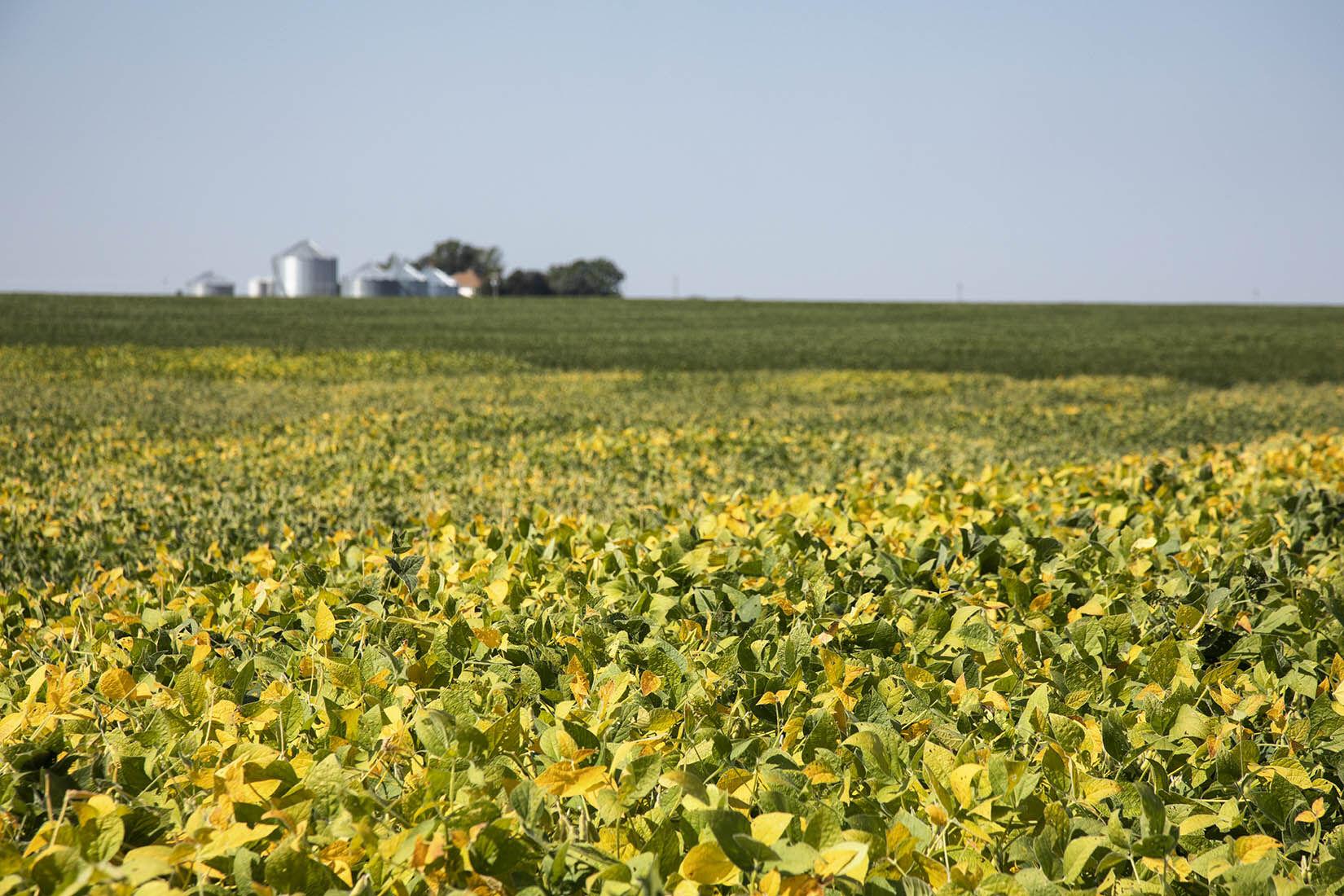 Nearly a quarter of soybeans were turning color as of Sept. 7, three points behind the average pace, according to the National Agricultural Statistics Service Illinois field office. Check crop updates from across the state on pages 6-7. (Photo by Catrina Rawson)

The letter, sent as Congress began debating the proposed $3.5 trillion federal spending plan, outlined four key tax provisions that make it possible for farmers and ranchers to survive and pass their businesses on to the next generation: estate taxes, stepped-up basis, 199A small business deduction and like-kind exchanges.

“The policies Congress enacts now will determine agricultural producers’ ability to secure affordable land to start or expand their operations,” the letter states. “Regardless of whether a business has already been passed down through multiple generations or is just starting out, the key to their longevity is a continued ability to transition when a family member or business partner dies. For this reason, we firmly believe the current federal estate tax code provisions must be maintained.”

“The people who are going to pay tax under the proposal have never plowed an acre,” he wrote, adding President Biden’s proposal includes special protections for farmers.

“IFB opposes elimination of step-up basis. We want to be able to pass our farms, that we have worked all our lives to support, on to the next generation,” he said.

The number of farmers and ranchers 65 and older outnumber those 35 and under by a four-to-one margin, the letter states. More than 370 million acres are expected to change hands in the next two decades.

The letter noted assets in agriculture are typically held by one owner for several decades, resetting the basis on the value of the land, buildings, and livestock on the date of the owner’s death under a step-up in basis is important for surviving family members and business partners to ensure the future financial stability of the operation.

“Imposing a new capital gains tax at death would effectively establish a transfer tax with the potential to devastate our nation’s family-owned agribusinesses,” according to the letter.

U.S. Rep. Darin LaHood, R-Dunlap, who serves on the Ways and Means Committee, said he will push back on changing the stepped-up basis, and has heard from farmers throughout his district in recent days who are worried about the proposal.

“They walked me through how they have built up assets over generations over the last 50, 75, 100 years on family-owned farms, and to change the stepped-up basis, that’s not going to hurt anybody in corporate America, that’s going to hurt families ... those are the kids and grandkids of farmers, they are the future farmers and it’s just not going to be viable to hang on to the family farm,” LaHood told RFD Radio.

The letter also lays out how issues already faced by farms are compounded by a heavy tax burden.

“Key to maintaining a reasonable level of taxation for pass-through businesses like farms and ranches is continuation of the Sec. 199A business income deduction. Eliminating or reducing this key business provision will result in a huge tax increase for farmers and ranchers at a time when they can ill afford it.”

Senate Majority Leader Chuck Schumer set a Sept. 15 deadline for about a dozen congressional committees to finish drafting their portions of the $3.5 trillion bill.

The Illinois Senate is to return Monday to consider a state energy plan passed in the House with an 83-33 vote Thursday. Illinois Farm Bureau is urging senators to vote against SB 2408 to protect private property rights and maintain an affordable, reliable electricity supply.

“SB 2408 will allow a private company seeking to construct the Grain Belt Express transmission line to utilize eminent domain,” Guebert continued. “This is an extremely harmful attack on private property rights in Illinois. IFB will continue to stand up for private property owners and oppose legislation granting eminent domain to private parties.”

The bill allows Invenergy, a private company, to use eminent domain authority in nine central Illinois counties to build the Grain Belt Express direct current transmission line that runs from Kansas to Indiana.

“Maintaining an affordable and reliable supply of electricity is also critical for the success of farmers. Caring for animals, raising and storing crops, keeping fresh milk cool, and the general operation of farms requires affordable and reliable energy,” Guebert said. “Unfortunately, farmers and electric consumers could now face large rate increases and concerns about the reliability of the electricity they must have.”

SB 2408 would require private coal-fired plants to completely eliminate emissions by 2030 and the state’s two most modern coal-fired plants by 2045, likely forcing their closure. Prairie State Energy Campus in Marissa and Springfield’s City Water Light and Power must reduce carbon emissions 45% by 2035. If those reductions are not achieved, the plants have until 2038 or must retire a generating unit. Both plants must reduce all emissions by 2045 or they will close.

In urging senators to vote against SB 2408, Guebert said, “Private property rights must be protected, farmers and electric consumers should not have to pay huge rate increases, and the reliability of our electric supply must not be jeopardized.”