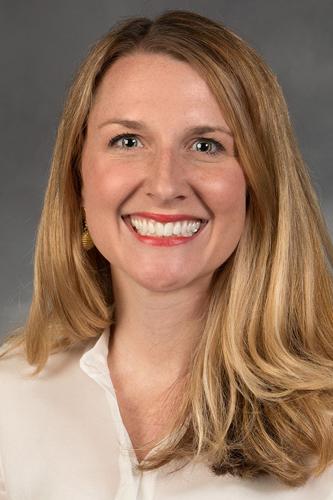 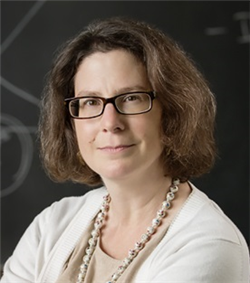 More Illinois farmers might participate in carbon market opportunities if major reforms were made to improve contracts, stabilize demand for soil carbon sequestration and increase financial incentives, according to a new study published by University of Illinois researchers.

The paper, titled “The Achilles heels of carbon farming: Operational constraints on the next cash crop,” spotlights current challenges surrounding the adoption of storing carbon in soil on ag land in Illinois and offers some policy-based solutions.

It was written by members of the U of I’s Center for the Economics of Sustainability and was supported by the Illinois Farm Bureau Board of Directors. Stakeholders expect the paper to ultimately spur additional research or influence future policy decisions.

“IFB has been very interested in exploring the topic of soil carbon sequestration and carbon markets, and we support market-based solutions to mitigating climate change,” said Lauren Lurkins, IFB’s director of environmental policy. “But the way those solutions are manifesting themselves in the countryside right now is not attractive or appealing to a majority of our farmer members.”

What accounts for “arguably the largest barrier” to the development of carbon farming in Illinois is the dynamic around annual cash rental agreements and non-owner- operated farmland, according to the paper.

Specifically, if a tenant who adopts a conservation practice on a piece of rented ground loses that lease the following year, then the carbon stored in the soil “is put at risk” and depends on the next tenant adopting similar practices to maintain the sequestration.

In addition to high upfront costs, tenant farmers are also hesitant to adopt a conservation practice because the benefits of that practice — better soil health increases the land’s value, for example — likely will only be accessible by a future tenant or the landowner, said Amy Ando, a professor in the U of I’s College of Agricultural & Consumer Economics who led the study.

“If you’re somebody who’s just renting the land, you yourself don’t have obvious incentives or even capabilities to make long-term commitments to what happens on that land,” Ando explained in a recent FarmWeek interview.

Further complicating owner-operators’ participation in carbon farming programs are multi-year contracts that don’t take into account the temporal aspect of storing carbon in the soil on working ag lands.

Contracts are often unclear, for instance, about an owner-operator’s obligation to the contract, the “ownership” of the stored soil carbon if the land enrolled in the practice is sold and the duration of sequestration. Potential solutions include developing and implementing standardized, explicit contract terms that do not require long-term commitments but aim for rewarding soil carbon storage on both intermediate and permanent scales, Ando said. 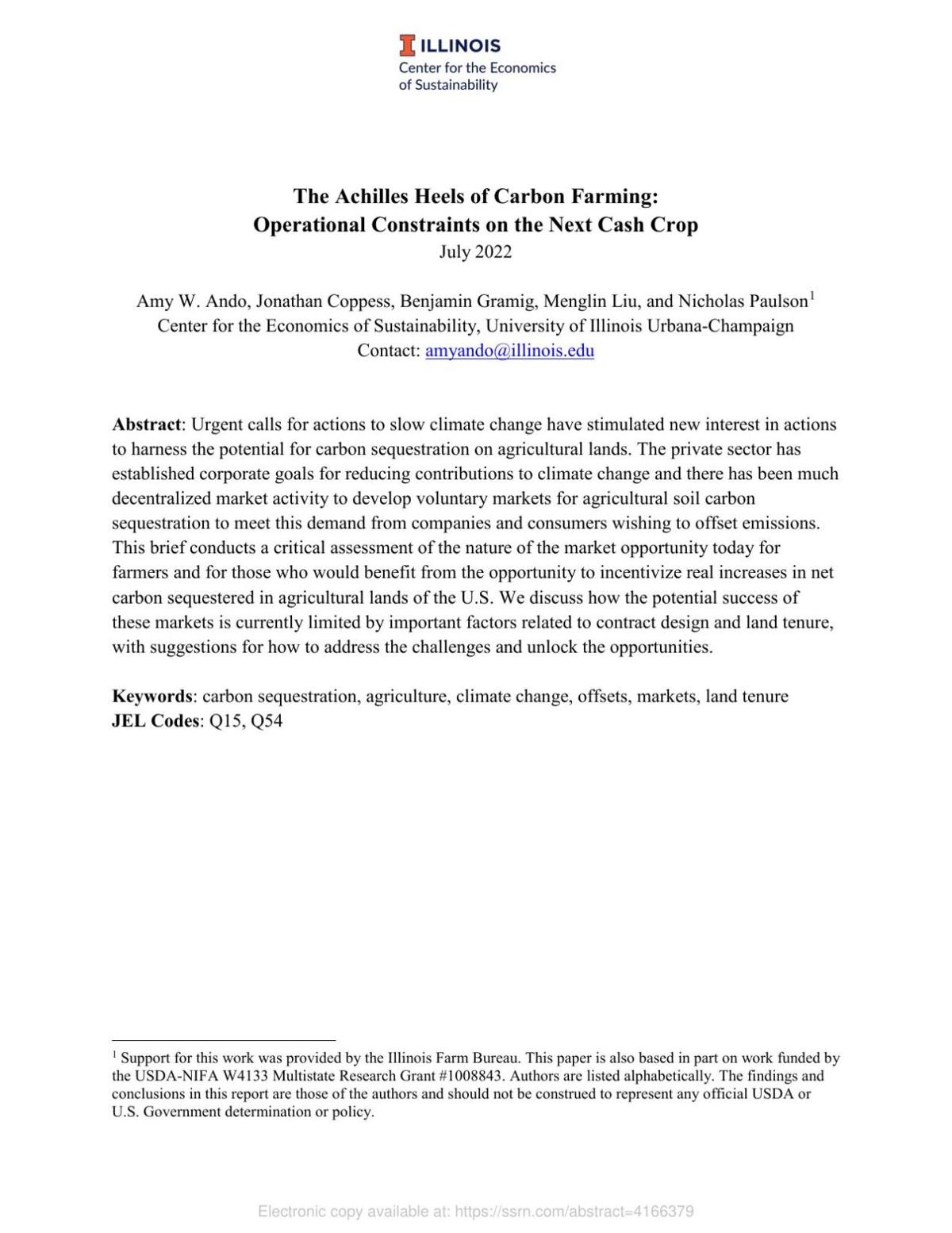 Also underpinning the contract issues is a shared uncertainty by farmers toward “the long-term viability of demand” for soil carbon storage in a voluntary market, according to the paper.

Because no public policy like a cap-and-trade greenhouse-gas emissions program for industrial emitters exists, demand for carbon sequestration in soil is voluntary and mostly limited to corporations seeking credits to meet environmental performance targets or consumers looking to offset their carbon-intensive activities.

The lack of national standards for defining and verifying carbon offsets and the market’s constant change also contribute to farmers’ doubts about participating in a program that could be replaced by a better system, Ando said.

She added that USDA or another federal agency developing standards or certification rules “could potentially increase confidence in these contracts and increase the value of them.”

A final issue and solution to carbon farming involves the financial incentive for farmers who implement a practice.

Farmers are currently paid between $10 to $40 per acre for carbon farming practices, amounts that don’t come close to outweighing the cost to implement them.

Increasing those totals and developing a scale where payments are based on storage duration — bigger payments for longer sequestration periods — would result in more participation, the paper suggests.

Ando and the researchers also point to the inability to “stack” payments for multiple environmental services, like both installing buffer strips to reduce runoff and practicing no-till to sequester carbon in soil on the same piece of land.

“If a farmer does one thing and it reduces nutrient runoff in waterways and it also reduces greenhouse gas emissions, why not get paid for both of those services?” Ando said. “And if you only can get paid for one, then really the benefits to society are larger than what the farmer is getting paid. So figuring out a good way to do stacking could be very helpful.”