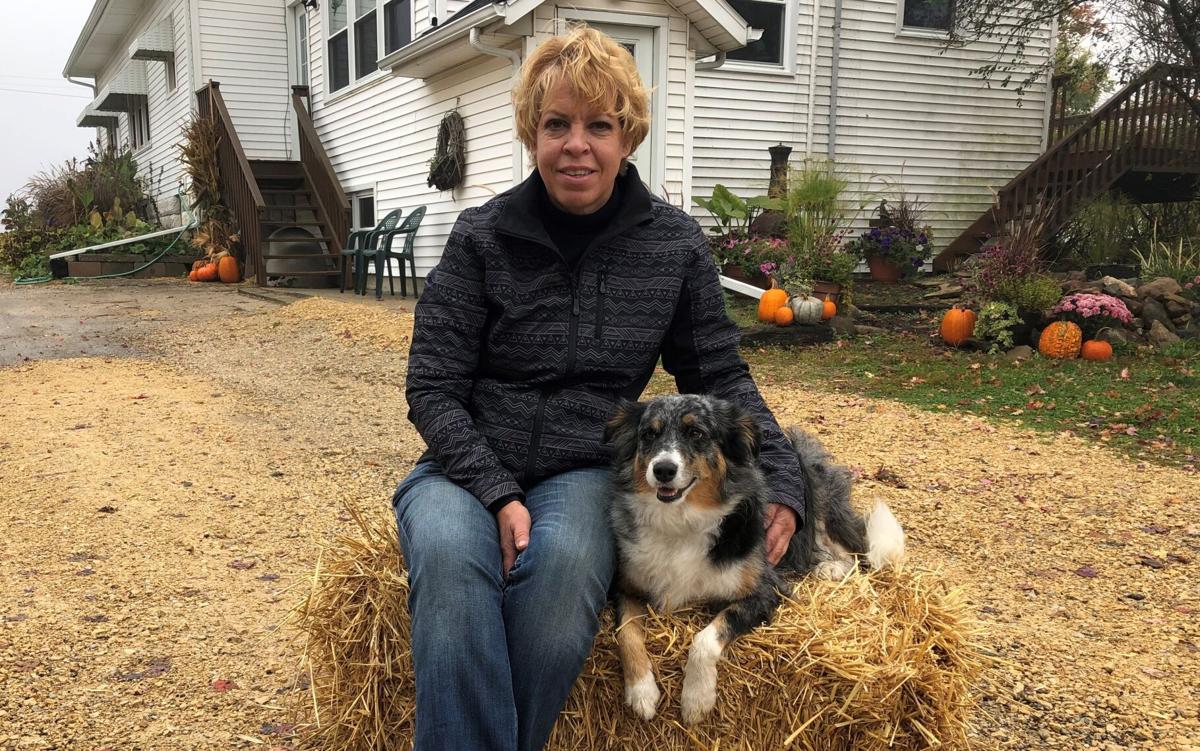 “If we hear barking … it means something got through the gate,” said Julie Willis about one of her farm dog’s many duties to help her family on their rural Belvidere farm. (Photo by Mike Orso) 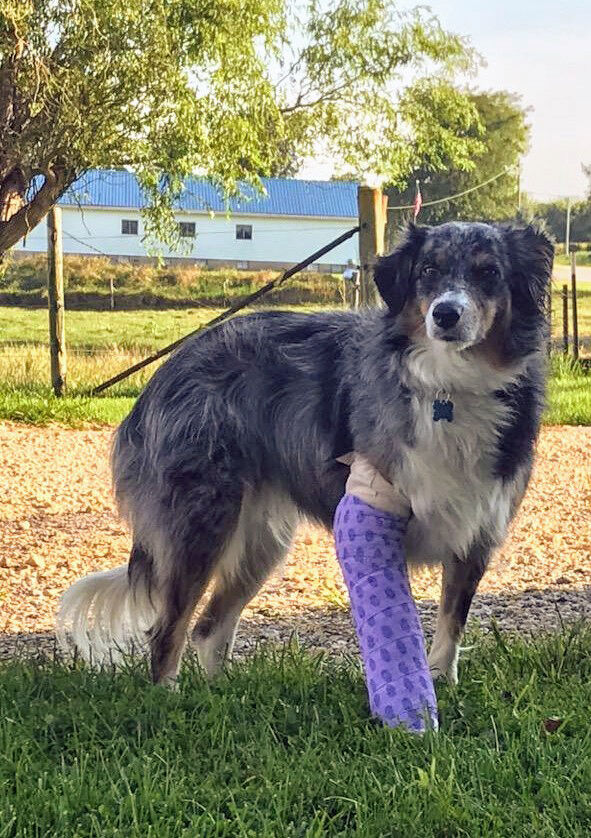 Rayne’s alertness to some mischievous bulls resulted in a wound to her leg two years ago. The dog is back to full action on the farm of Julie and Terry Willis. (Photo courtesy of Julie Willis) 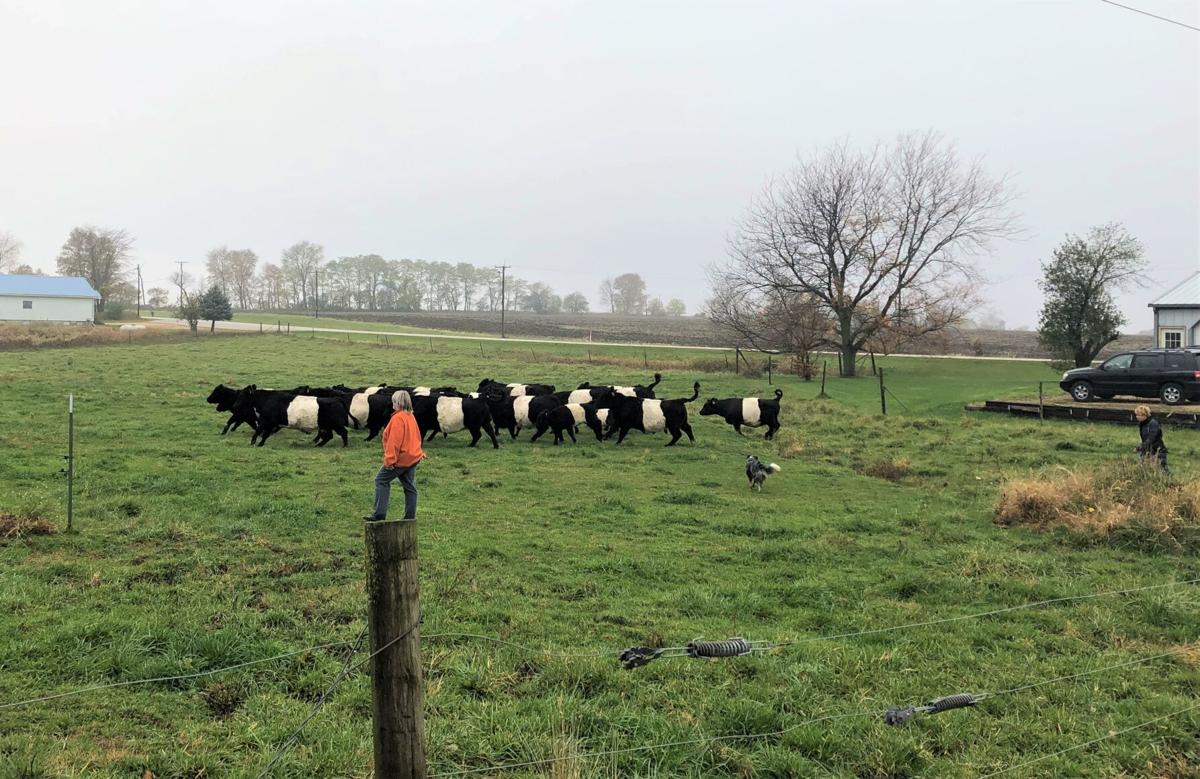 “If we hear barking … it means something got through the gate,” said Julie Willis about one of her farm dog’s many duties to help her family on their rural Belvidere farm. (Photo by Mike Orso)

Rayne’s alertness to some mischievous bulls resulted in a wound to her leg two years ago. The dog is back to full action on the farm of Julie and Terry Willis. (Photo courtesy of Julie Willis)

Sensing, herding, alerting and protecting represent many attributes of an outstanding farm dog. In the case of Rayne, a 6-year-old border collie owned by Farm Bureau members Julie and Terry Willis of Belvidere, preventing probably comes to mind first when they think of their dog.

“Well, Rayne is really the boss, she helps us every day,” said Julie Willis. “As soon as we open the door, she’s out there ahead of us, she pretty much can predict which way we go or which direction she thinks we should go.”

The dog has been selected as one of the top 10 finalists in the American Farm Bureau Federation’s (AFBF) Farm Dog of the Year contest. The organization features Rayne and other dogs on its Facebook page as part an opportunity for users to vote for a “People’s Choice Pup.”

Watch: Meet Rayne and see the dog in action.

The Willis family farms in Boone County, growing soybeans, corn and hay, with 44 “belties,” or Belted Galloway cows and calves, and two herd bulls. It’s the two bulls that Rayne keeps a particular eye on as an injured paw led to a serious wound two years ago that almost cost the dog her life.

“The two bulls were standing there nicely waiting to go into the pasture, and then all of a sudden, crashed heads,” said Willis. “She thought they were close enough to me because they were spinning around, and she jumped in. Lo and behold, there was a big yipe and she went rolling.”

One of the 1,500-pound bull’s hooves stomped Rayne’s front, right paw, slicing it open. Willis doused the wound with cold water and rushed the dog within 30 minutes to their veterinarian. The border collie spent two weeks under care of the local vet, but her condition worsened.

“She had to go for a week in Madison (Wis.), the infection got so bad,” said Willis. “They didn’t know if she’d even be able to keep her leg.”

The dog ended up losing part of her paw, but doctors at the University of Wisconsin-Madison Veterinary Hospital turned Rayne’s infection around. After a week there, the dog eventually returned to the northern Illinois farm with a hefty cast on the paw and leg. The dog eventually resumed her full schedule of watching, sensing, herding and alerting, which didn’t surprise Rayne’s trainer, Lori Swanson.

“They have to have a little bit of fearless quality in them,” said Swanson. “Rayne jumped in when Julie was being threatened by the bulls with no thought for her own safety at all. She was there to help when she needed to.”

Swanson believes Rayne represents “a natural” when it comes to having the instinct and work ethic to serve in many capacities. In addition to her farm work, Rayne has trained with Willis and Swanson to compete in scent competitions and also serve as a therapy dog.

“She was a natural for a therapy dog just because of her overall demeanor, she’s so quiet and gentle,” said Swanson. “For nose work, she’s also a natural because she’s got her nose everywhere, and I suspect that’s one of the reason’s she makes such a good farm dog.”

Rayne represents the second border collie that has been part of the Willis family, obtained as a puppy after the first dog passed away. Julie Willis believes the dog has exceeded their expectations.

“I think the role of dogs, and the role of this dog is to be there,” said Willis. “We all know farming is challenging at the best of times, and at the worst of times, when they are right there, you don’t need words. You need fur.”

To learn about Rayne and see the other nine AFBF Farm Dog of the Year finalists, and to participate in the “People’s Choice Pup” component of the contest, go to this section of the organization’s Facebook page.

Learn more from Rayne’s owner, Julie Willis, and trainer Lori Swanson with Meyer’s Tails Up Farm & Kennels, about the dog, its role on this Illinois farm, and more