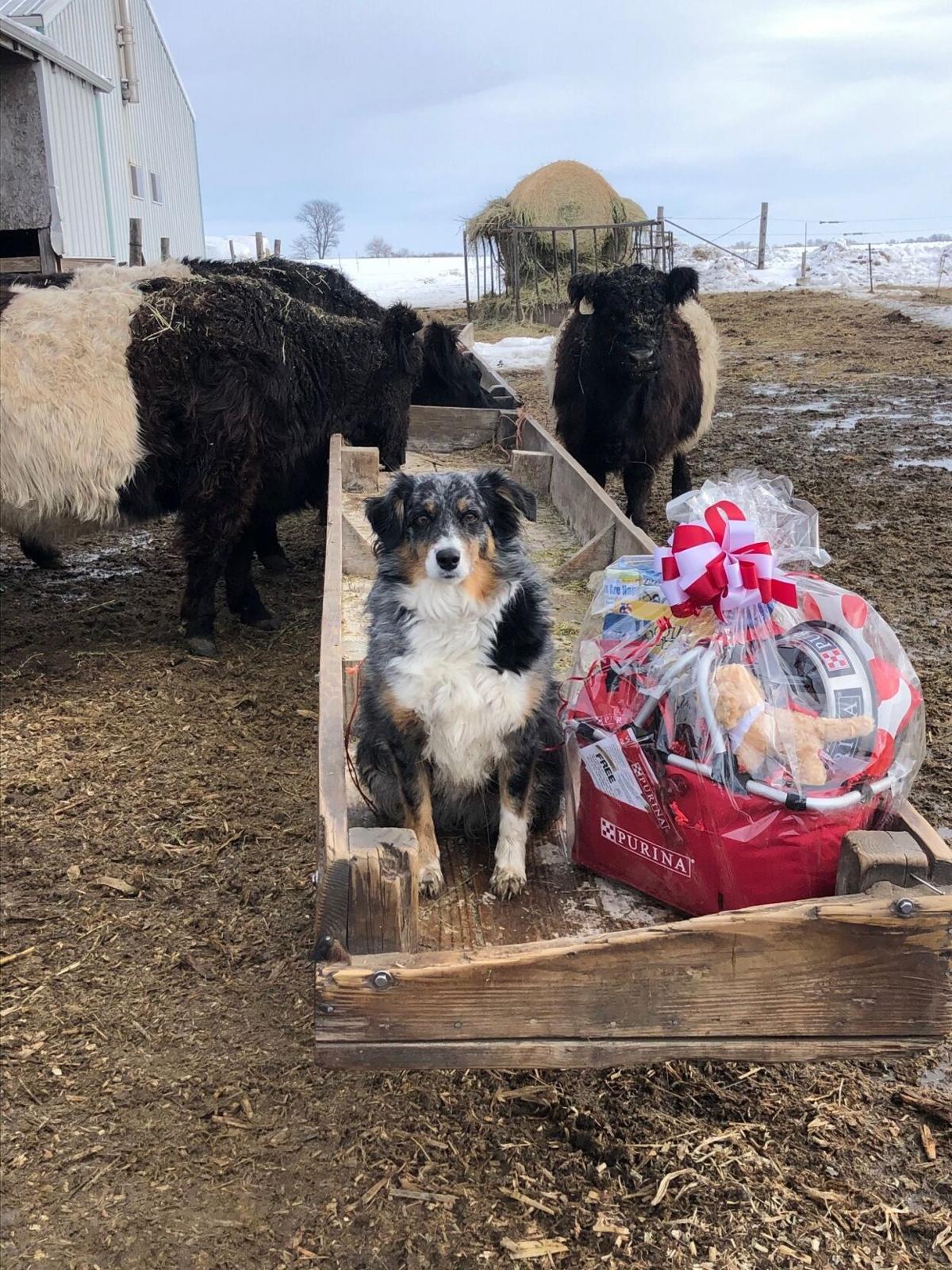 Rayne poses with the Purina swag basket she received in honor of being the Midwest region runner-up for Farm Dog of the Year. 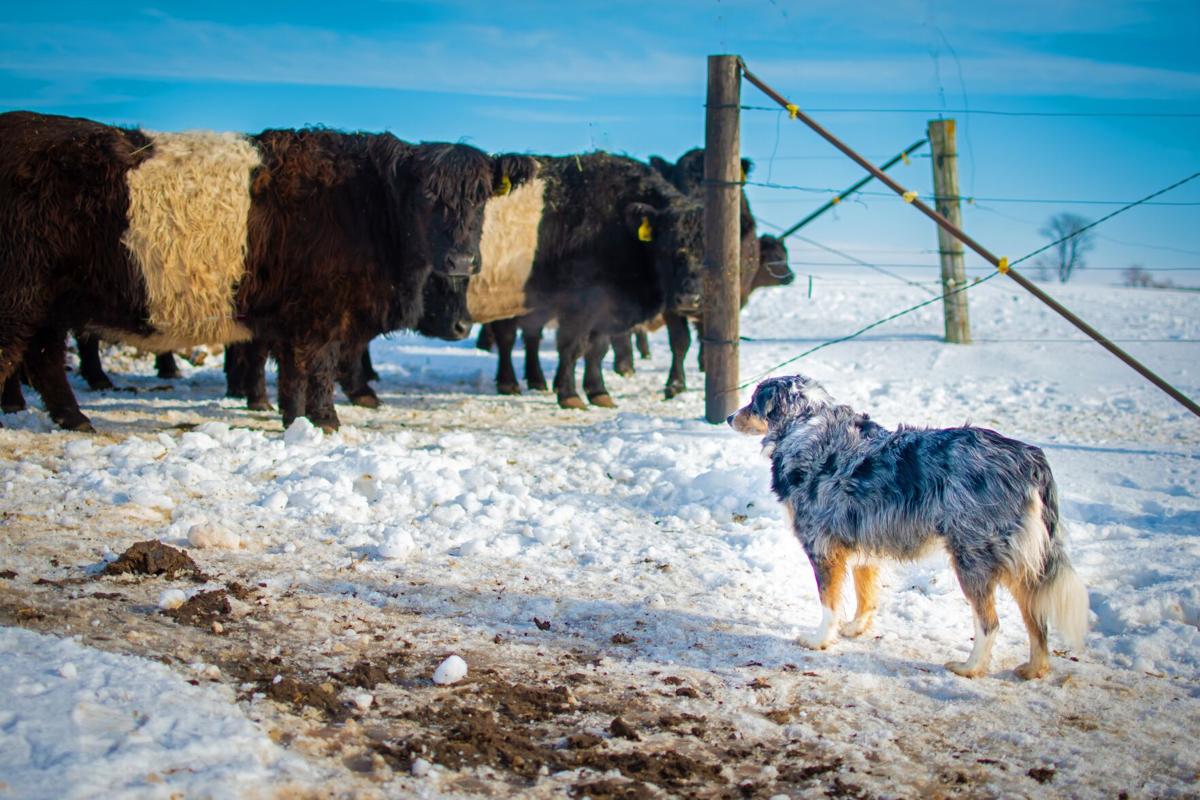 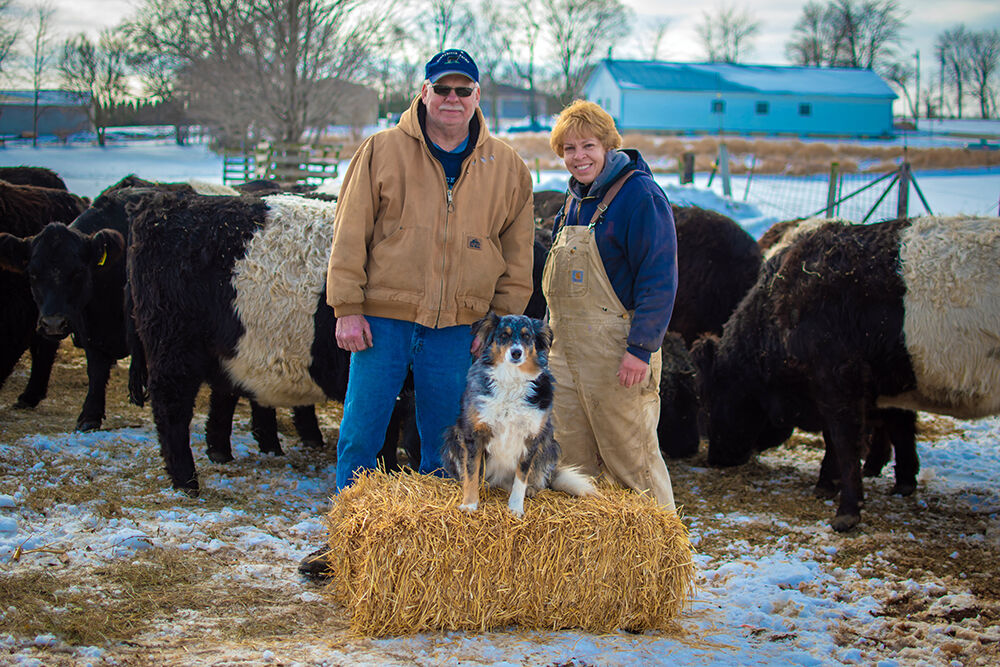 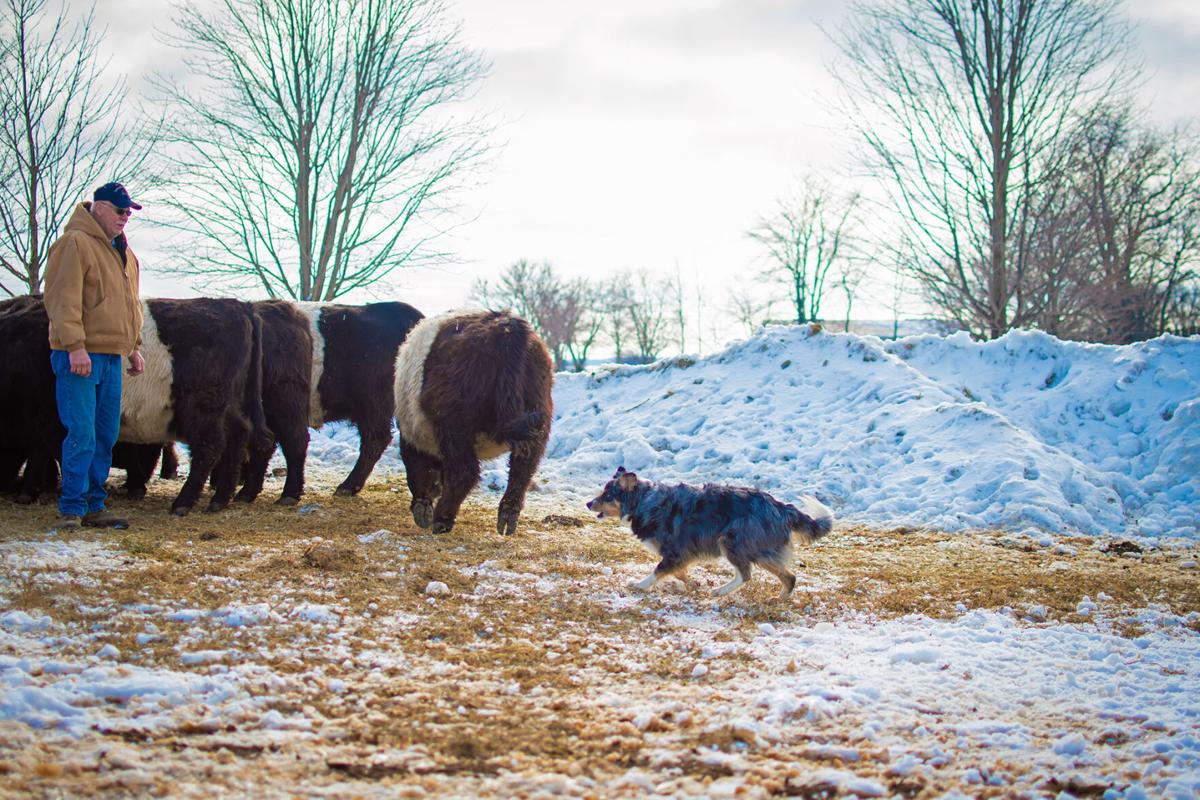 Julie Willis said Rayne might just curl up on a snow bank during cold, winter northern Illinois nights. She and her husband Terry welcome the farm dog into their home year-round.

Julie Willis said Rayne might just curl up on a snow bank during cold, winter northern Illinois nights. She and her husband Terry welcome the farm dog into their home year-round.

“She rolled over and said, ‘Well, I think you ought to scratch my belly,'” Julie Willis said. “I did. Here she is on our lap.”

The Willis family grows crops and raise Belted Galloway cattle near Belvidere. Rayne, who has already survived a severe stomping by protecting the couple from some ornery bulls, remains an integral part of the cattle farm.

“She’s the trooper that’s out there staying at it,” said Terry Willis. “In fact, we generally have to kind of bring her in or she would just not come in. She’d stay out in the cold and just keep working.”

Bindi, an Australian shephard that works on Farm Bureau member Sonja Galley’s 60-cow dairy farm in New York state, took home the $5,000 top prize. Rayne and the other three regional runners up each receive $1,000, courtesy of Purina, sponsor of the AFBF Farm Dog of the Year contest.

“We put the cattle on round bale feeders and then … we pull them off and she is the one that gets them off,” said Terry Willis. "She’s just a very intuitive, sensitive, understanding, compassionate dog.”

In addition to work on the Boone County crop and livestock operation, Rayne has been trained to do her part in the local community. The Willis family and Rayne have had to pull back on that, too, for most of the last year because of COVID-19.

While the pandemic has affected Rayne’s off-farm work schedule, the farm couple has especially appreciated the dog’s on-farm service in more ways than one.

“I know there are days when I’m feeling a little blue that I can sit down and Rayne will just jump up on my lap," said Terry Willis. “It just makes you feel better.”