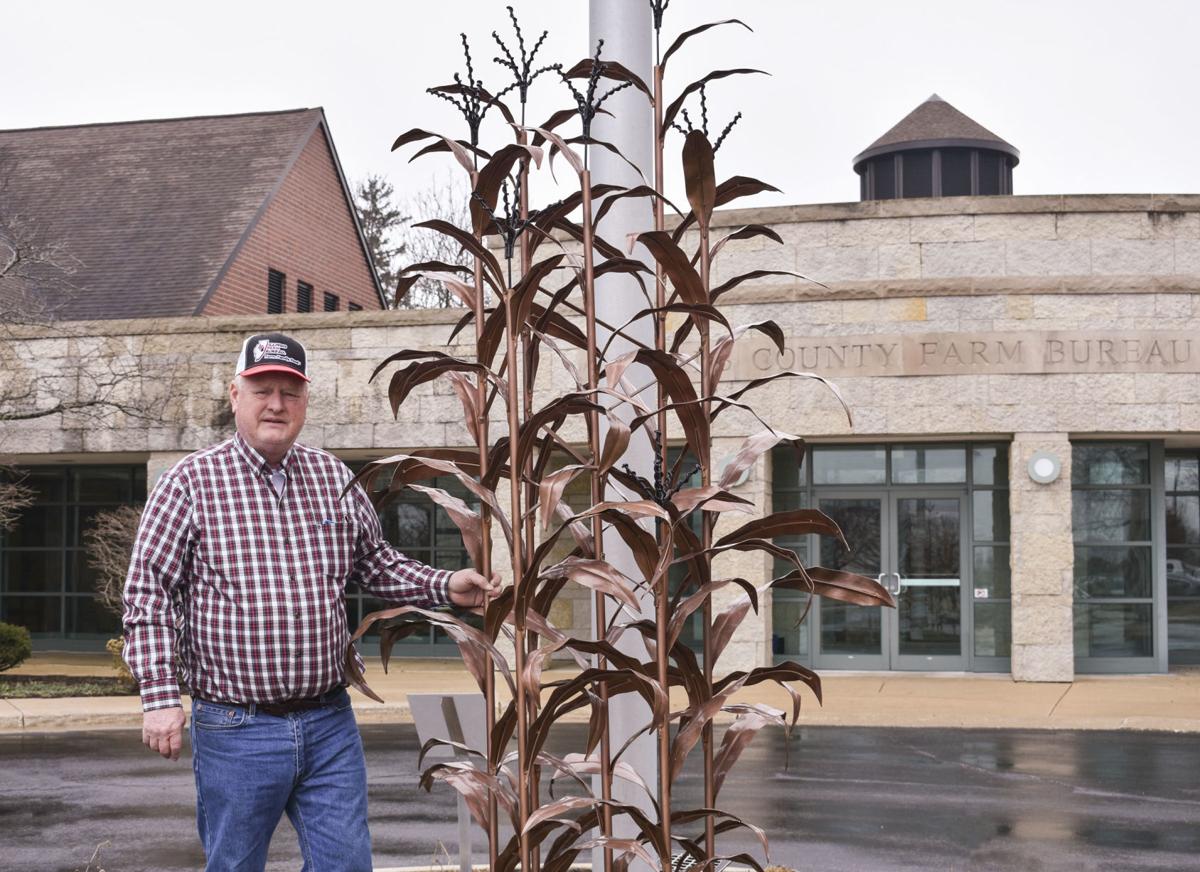 Mark Tuttle serves as president of the DeKalb County Farm Bureau and Foundation until elections are held later this month. The brass corn sculptures are the focal point for a new pollinator plot at the county Farm Bureau building. 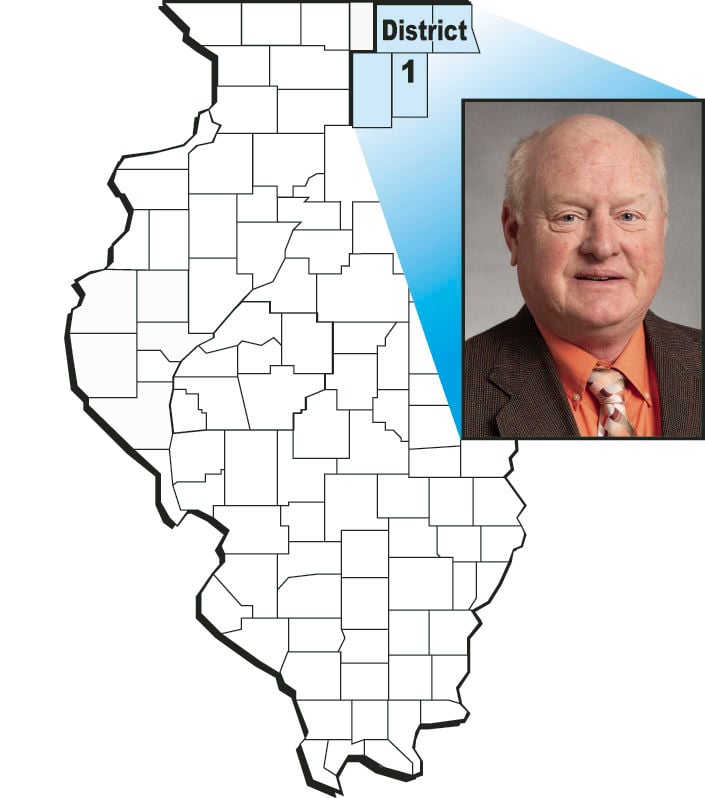 “He has that knack and ability to relate to people,” said Mariam Wassmann, the county Farm Bureau director of information. “He can put it into layman’s terms. He’s able to relate to nonfarm people and help them understand farmers and food production.”

As a new Illinois Farm Bureau director, Tuttle of Somonauk will apply his skills, knowledge and background to represent District 1 that covers McHenry, Lake, DeKalb and Kane counties. He brings experience gained from 19 years on his county Farm Bureau board, eight of those as president, and chairing the county Farm Bureau Foundation for six years.

Tuttle farms with his sons, Nelsen and Erik, and grows corn, soybeans, wheat, sweet corn and peas. He also operates Mark Tuttle Trucking. In addition to farming, Tuttle’s sons have off-farm jobs. Nelsen serves as a road commissioner, and Erik works as an operating engineer. His family includes three daughters: Paula, who will marry Matt Baker in April; Katherine Hess and son-in-law, Fred, who farm in Iowa; and Elaine Cook and son-in-law, Alex, of Sycamore.

For Tuttle, farming in the Chicago area brings challenges and opportunities. A self-described “news junkie,” Tuttle noted Chicago news reports frequently highlight negative ideas about farmers and agriculture. “That’s Farm Bureau’s job to take that (message) and turn that around,” he said.

A past participant in IFB’s Leaders to Washington program, Tuttle said, “I like how Washington, D.C., works with farmers, and we have to have that connection. I’m interested in how Farm Bureau interacts with government leaders and how they listen to us. Farm Bureau is right there with information. That’s important, and I don’t want to see that change.”

Since starting farming in 1977, Tuttle also worked for DeKalb Genetics and a local trucking business before starting his own trucking company. He serves on several boards, including the Leland Farmers Co., and as a Somonauk Fire Department trustee.

Tuttle’s varied background has given him a broad understanding of the business world, according to Millburg. “He brings knowledge from all views – both leadership roles and the staff side,” he noted.

Millburg and Wassmann mentioned Tuttle’s sense of humor serves him and those he works with well.

“Everybody brings their own experiences that are so varied to the board, plus the staff has ideas,” he said. “I’m overwhelmed by the quality of people at IFB you work with. There are great ideas and you share them for a common goal. We’re a team.”