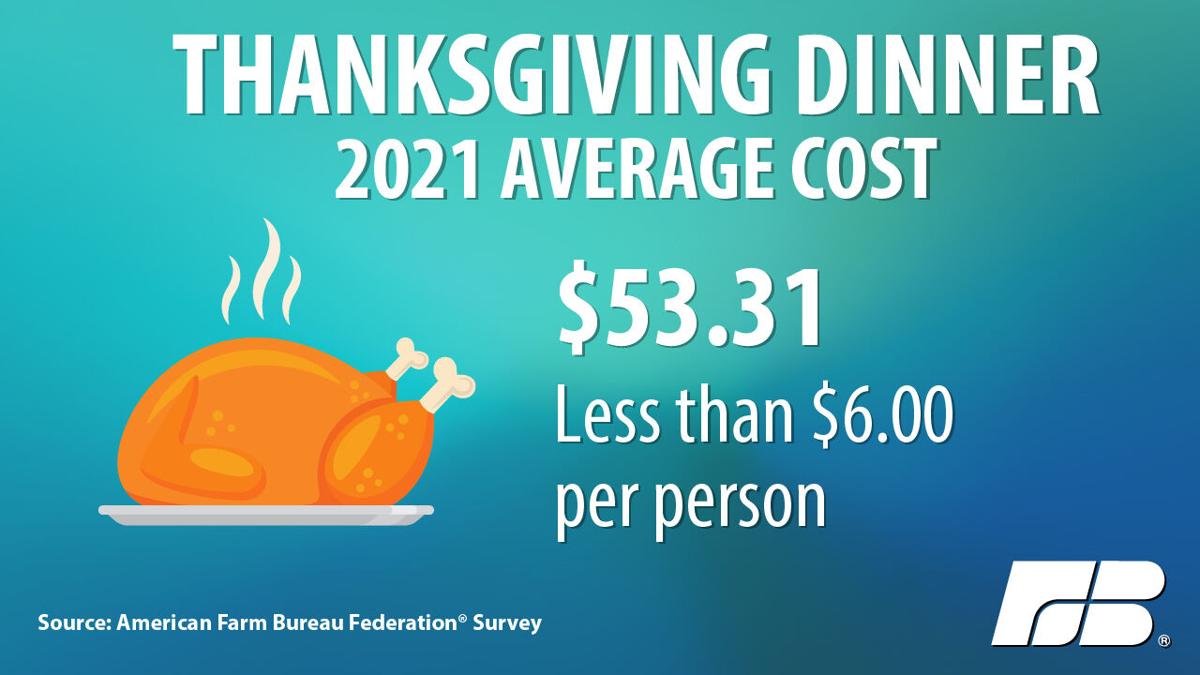 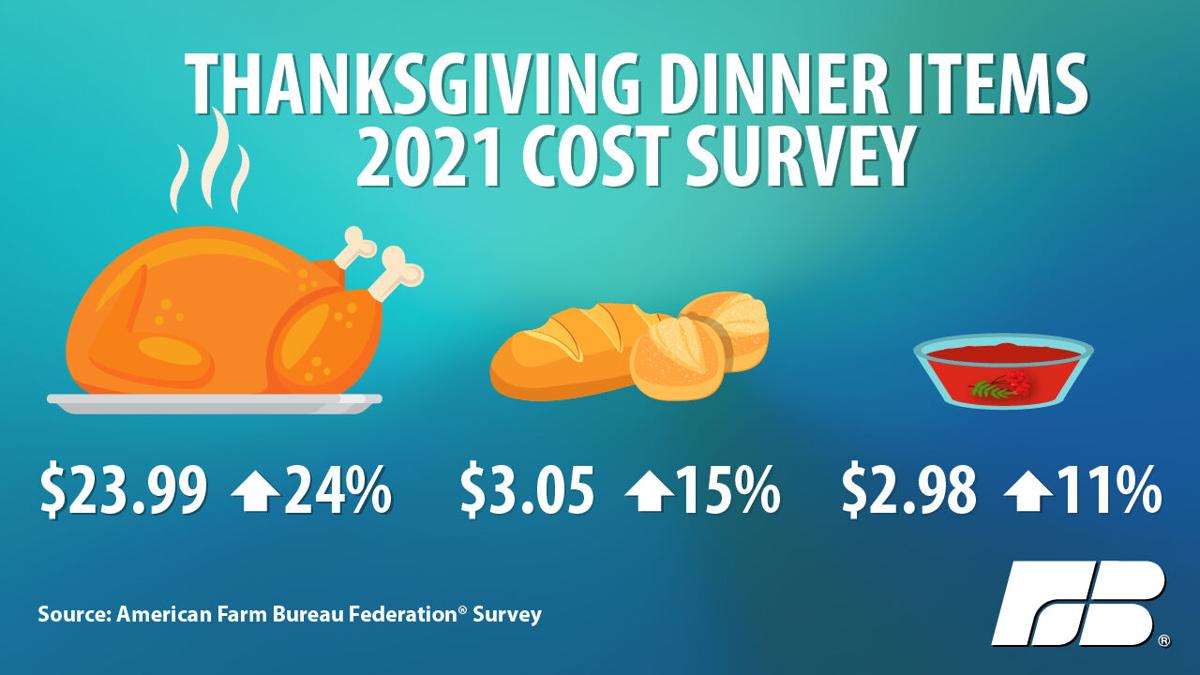 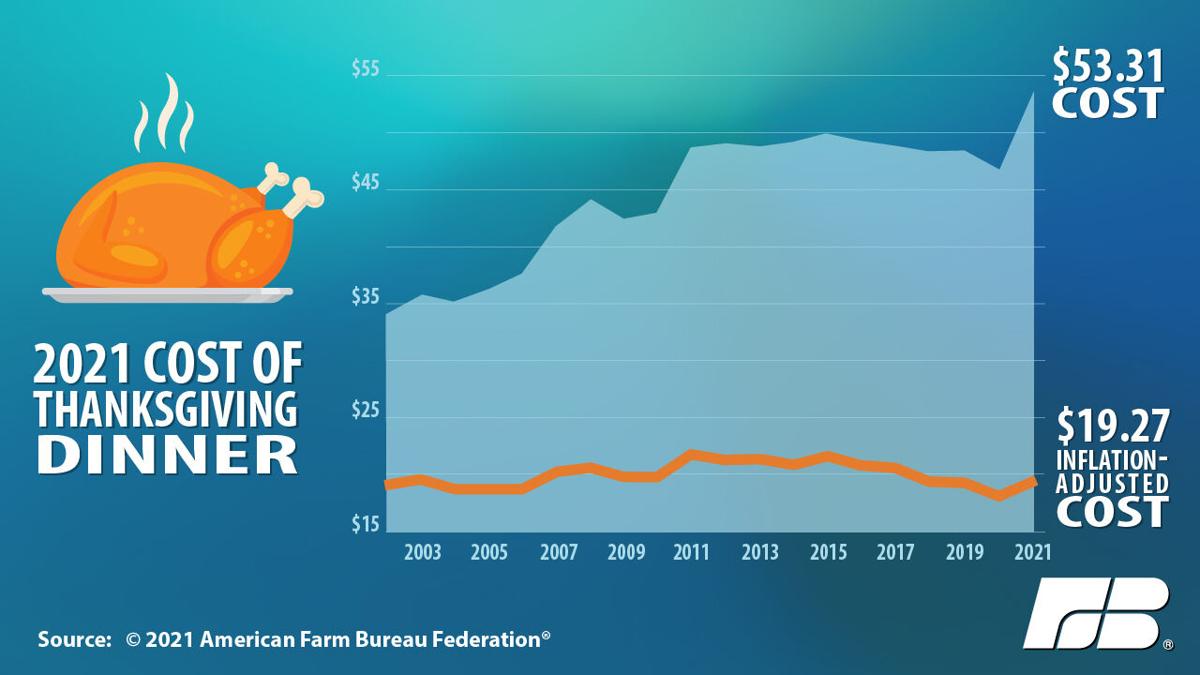 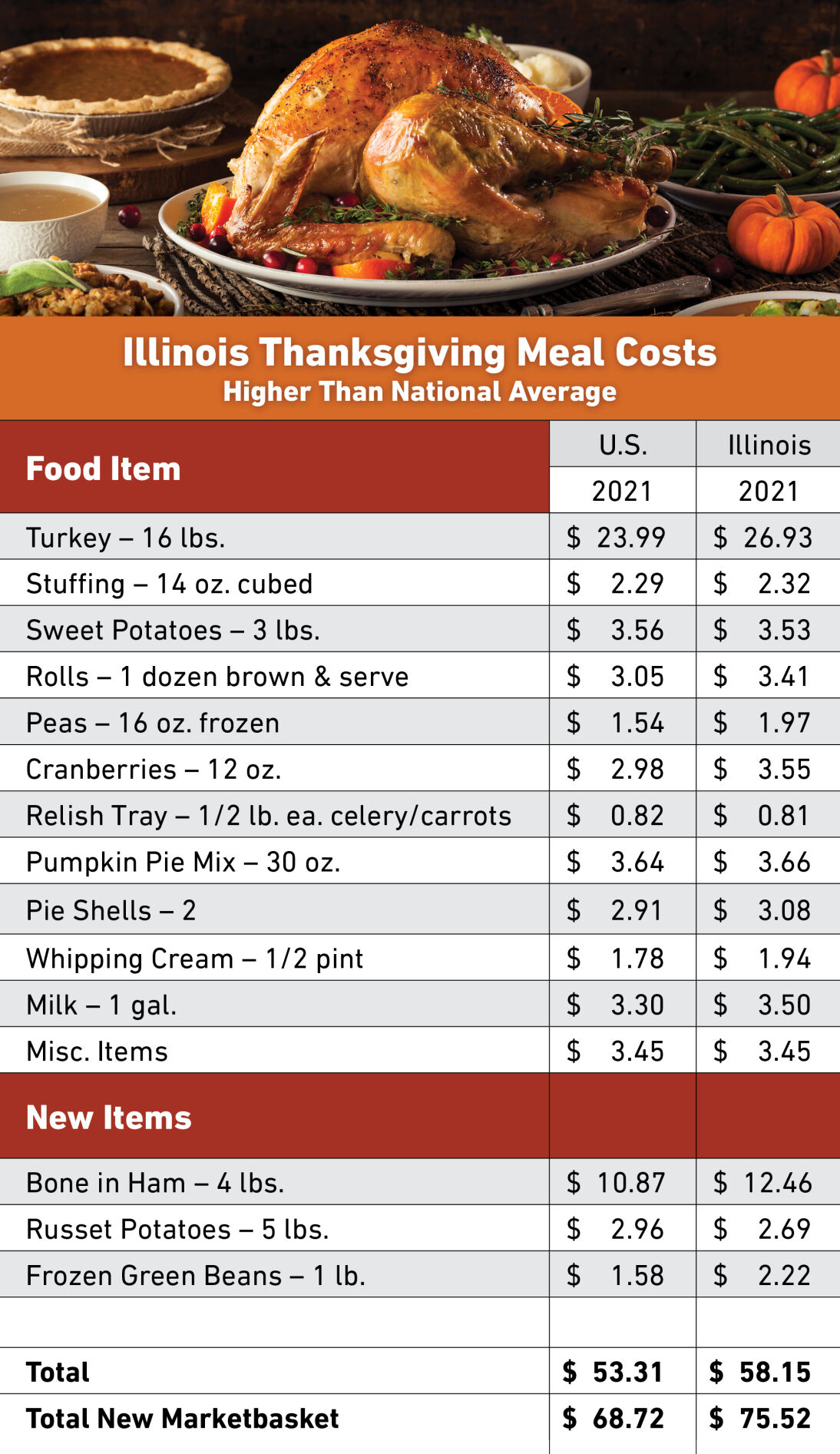 Thanksgiving dinner is expected to cost 14% more this year, with higher turkey prices pulling up that percentage.

The centerpiece on most Thanksgiving tables – the turkey – costs more than last year, at $23.99 for a 16-pound bird. That’s roughly $1.50 per pound, up 24% from last year, but there are several mitigating factors.

All the items surveyed saw price jumps from last year — except stuffing — which trends with rising inflation for all goods. Taking turkey out of the basket of foods reveals a 6.6% price increase compared to last year, which tracks closely with the Consumer Price Index for food and general inflation across the economy.

“Several factors contributed to the increase in average cost of this year’s Thanksgiving dinner,” said AFBF Senior Economist Veronica Nigh. “These include dramatic disruptions to the U.S. economy and supply chains over the last 20 months; inflationary pressure throughout the economy; difficulty in predicting demand during the COVID-19 pandemic and high global demand for food, particularly meat,” she explained. Further, “The trend of consumers cooking and eating at home more often due to the pandemic led to increased supermarket demand and higher retail food prices in 2020 and 2021, compared to pre-pandemic prices in 2019.”

Illinois Farm Bureau members participated as shoppers for the survey. In Illinois, prices are slightly higher than the national average, with the cost of a Thanksgiving feast for 10 coming in at $58.15, a $4.84 or 8% increase from the national average.

“As the element of inflation comes into play, consumers can still rest assured that there are bargains to be found in their local grocery stores,” said Illinois Farm Bureau President Richard Guebert Jr. “The food supply is strong, steady and plentiful as Illinois farmers work tirelessly year-round to produce affordable products.”

The shopping list for Farm Bureau’s informal survey includes turkey, stuffing, sweet potatoes, rolls with butter, peas, cranberries, a veggie tray, pumpkin pie with whipped cream, and coffee and milk, all in quantities sufficient to serve a family of 10 with plenty for leftovers.

In recognition of changes in Thanksgiving dinner traditions, the Farm Bureau price survey also includes ham, Russet potatoes and frozen green beans in an expanded holiday menu. Adding these foods to the classic Thanksgiving menu increased the overall cost by $15.41, to $68.72. This updated basket of foods also increased in price (up 14%) compared to 2020.

Grocers have a large impact on food prices, which vary by region. Yet despite fluctuating costs for consumers, the farmer’s share of the food dollar remains a steady 8%.

“Farmers have produced the food, but the food supply chain has faced its share of challenges within the past couple years, and it is always adjusting to the needs of U.S. consumers,” said Guebert. “It’s important to remember that it takes a lot of hands and a lot of miles to bring the traditional Thanksgiving spread from the farm to the grocery store.”