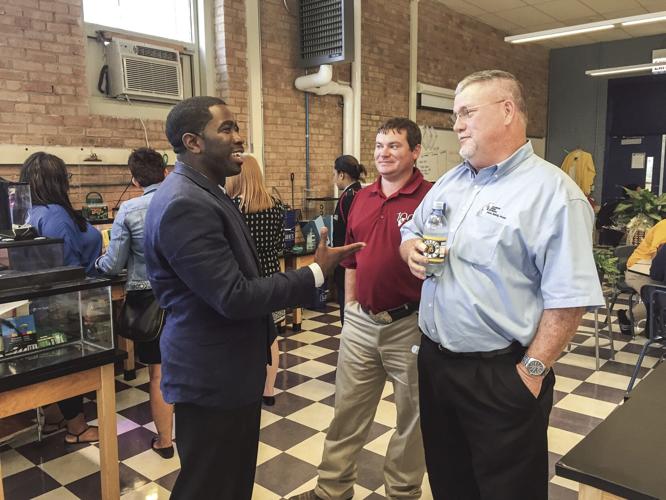 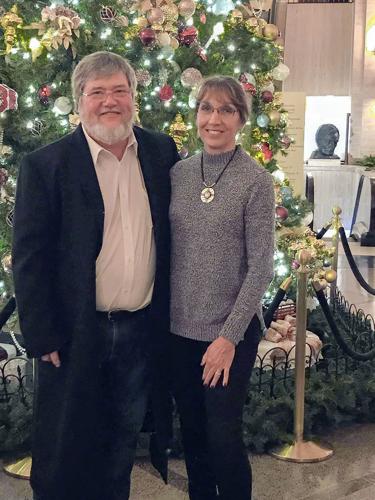 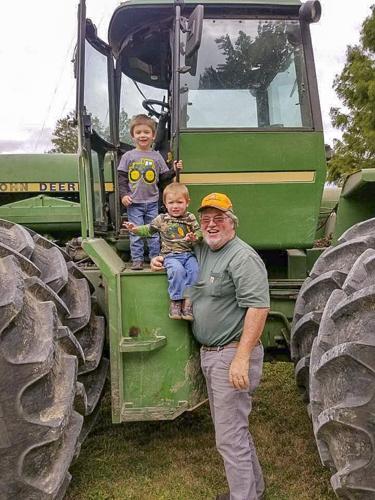 Kenton Thomas and his grandsons, Jack, 5, and Leo, 4. (Photo by Tammie Obermark) 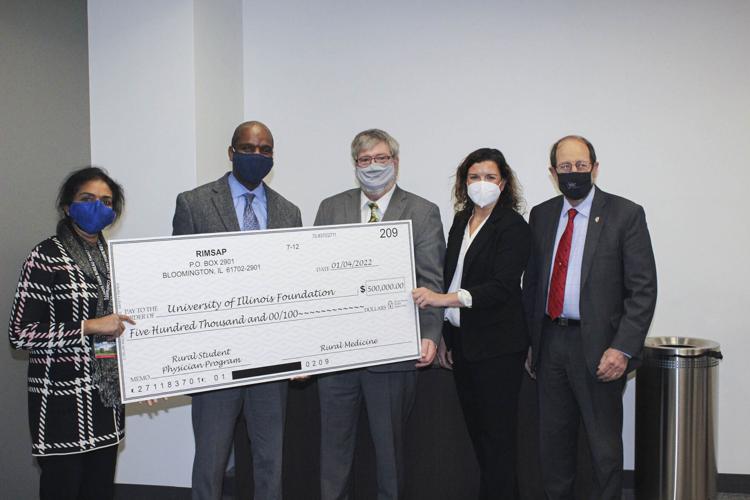 IFB’s quintessential deep southern Illinois director is retiring after eight years. Honest and unafraid to speak his mind, Thomas never failed to share southern Illinois sensibilities or raise concerns not common in other parts of the state.

“This is a tremendously big state, and it differs very much from the north to the south. Things are different in the south, the way we farm, the kind of ground we farm,” Thomas told FarmWeek. “We have specialty growers; we’re very diverse down there. The whole state’s not that way. We all have the same issues as far as government issues, but we deal with the river – a bunch of rivers — in my county.”

Thomas has made the four-hour, 300-mile drive from his farm near Thebes to the IFB office in Bloomington many times. In addition to serving on IFB Board committees, he also represented IFB on the COUNTRY Financial board and served eight years on the Rural Illinois Medical Student Assistance Program (RIMSAP) committee. RIMSAP, sponsored by IFB and the Illinois State Medical Society, is designed to provide doctors in rural Illinois.

“He’s always asked good questions, tough questions and questions that are on the minds of other board members who are hesitant to ask or state an opinion,” Guebert said. “I respect Kenton tremendously. He’s never been afraid to put a topic on the table for conversation, and it spurred good conversation among the rest of the board.”

Guebert added, “He’s never been bashful about standing up for what he feels is right and appropriate for his southern Illinois farmers and I give him credit.”

“He’s approachable, very kind and passionate for agriculture,” said Obermark, now IFB senior training and development coordinator. “He’s got community roots and cares for his people. He always has southern Illinois in his vision.”

Thomas also represented southern Illinois on river issues, according to Guebert. “I got to know Kenton, being a fellow river rat and farming in the river bottoms, while dealing with the (Army) Corps of Engineers.” The two testified to the Corps about challenges their respective levee districts faced.

“Kenton not only represented his southern Illinois farming roots, but he represented the policy of Illinois Farm Bureau, and I applaud him for that,” Guebert said.

Thomas combined his southern Illinois and IFB roots during his eight years on the RIMSAP committee. He questioned whether average Farm Bureau members are aware of the committee’s significance.

“You just don’t think of Farm Bureau being involved in helping get kids into medical school to serve in the rural areas of Illinois,” he said. “It’s amazing how many doctors in rural areas have come through RIMSAP. It works.”

Prospective medical students needed to hear Thomas’ perspective from rural, southern Illinois, according to Donna Gallivan, IFB conference and program manager. “The main goal of RIMSAP is to get doctors to those rural areas, and he (Thomas) understands what that would mean in the very tip of Illinois,” she said. “He wasn’t afraid to ask a question. He asks the questions that need to be asked.”

Another program Thomas embraced is IFB’s Adopt-a-Legislator program, which shows “that we can work with legislators, both sides, and still get our issues across,” Thomas said. State Rep. Marcus Evans, D-Chicago, is a long-time participant with Pulaski-Alexander and Massac County Farm Bureaus. Even in polarizing times, Chicago-area “legislators know we are rural, conservative people, but they still come because we want to show them and they want to learn about agriculture,” he said.

Thomas thanked his wife, Paula, and his family, especially his son, Adam, for making sacrifices and supporting him through 20 years of serving Farm Bureau.

“I’m a very lucky person to have a wife who is an independent person,” he said. “When you have to step off a combine and leave your operation, even though you have a son taking on the operation, that’s still cutting the capabilities in half. You couldn’t do this job without that (support).”

Now Thomas will have more time to spend with family and his five grandchildren, including two who live on the West Coast. But he will miss the camaraderie of his fellow board members, who’ve become a “second family.”

Guebert said he will miss a director he’s known since they were both county Farm Bureau presidents and isn’t afraid to tease. During a virtual IFB board meeting, Guebert recalled the conversation was interrupted by quacking and a loud BOOM! “Kenton was in a duck blind. That was a first,” he said with a laugh. “We had to give Kenton a hard time about that.”

Obermark appreciates Thomas’ years of unwavering dedication to Farm Bureau. “He’s kind of like an oak tree,” she said. “He’s strong; he’s solid. When there’s a strong wind, he’s going to waiver a little bit, but weather the storm.”