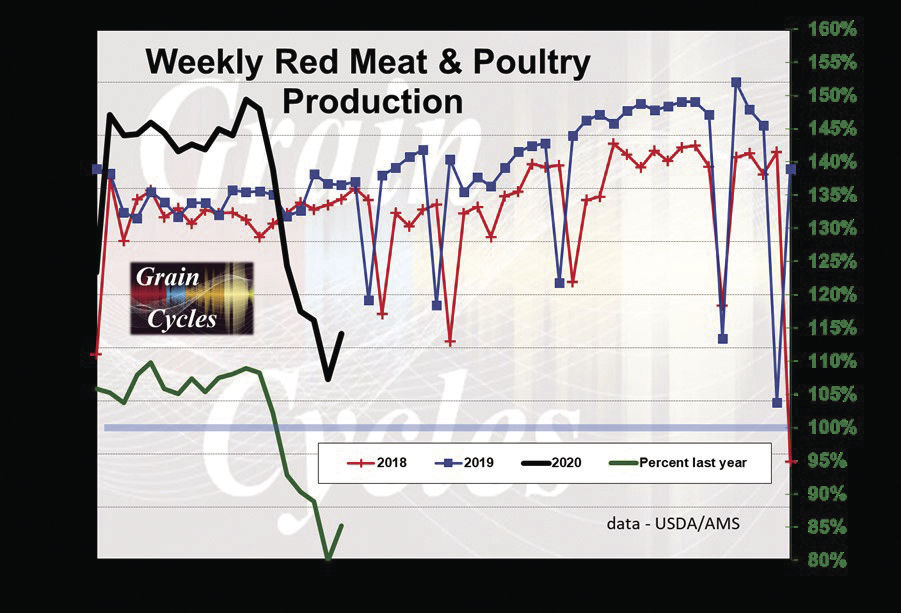 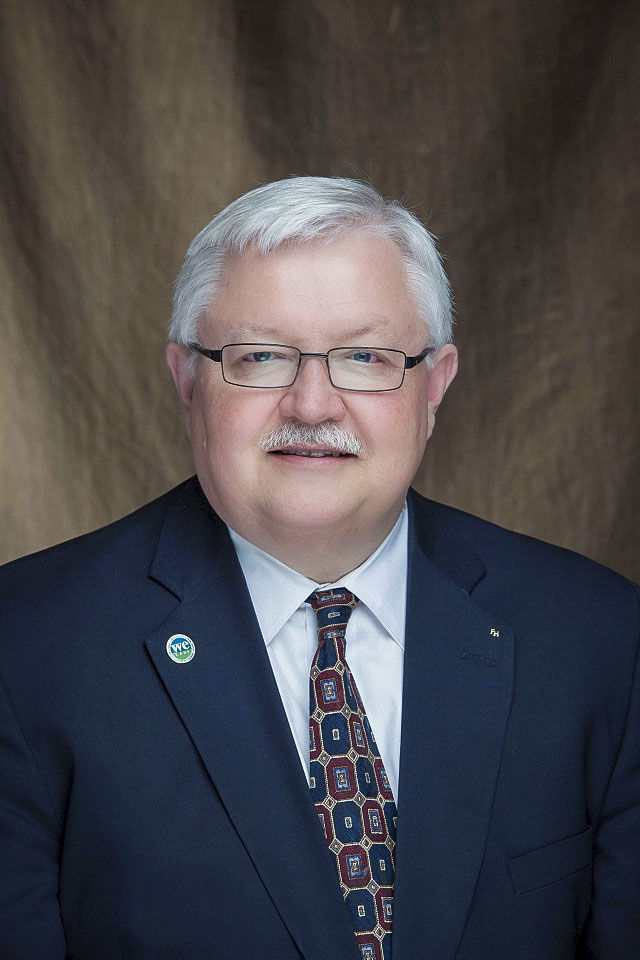 A number of meat packing plants around the U.S. slowly came back online in recent weeks after temporary closures caused by the coronavirus pandemic.

But production still remains well below capacity as the industry grapples with everything from slower line speeds to worker absences.

“The good news is plants are reopening,” Steve Meyer, ag economist with Kerns & Associates, said during a teleconference hosted by the National Pork Board. “That’s encouraging.”

“This week’s data suggest we might be on a faster recovery pattern,” Meyer said. “The first way to get out of a hole is to stop digging.”

“Then, with the (COVID-19) lockdown situation, food service demand took a hit and the processing bottleneck all added up to a disaster beyond anything anyone thought,” he continued. “Supply is much shorter than it was. It underscores the importance of the processing system in all of ag.”

A lack of labor in fabrication lines means the value of pork items that are labor intensive increased dramatically, according to the Daily Livestock Report.

With daily hog processing at 366,000 head compared to normal capacity of 510,000, it also means animals continue to back up on farms. The Upper Midwest became the epicenter of the situation with swine depopulation underway in Iowa and Minnesota. Farmers in Illinois could begin the process this week.

“Right now, we’re looking at the first groups of farms that are going to have to be euthanizing (hogs) as early as May 18,” Jennifer Tirey, executive director of the Illinois Pork Producers Association, told the RFD Radio Network. “We’re working now with producers to identify those locations.

“We’ve got a lot of producers still trying really hard to hold animals on farms,” she noted.

Tirey hesitated to estimate a percentage of hogs that could be euthanized in Illinois, but believes the number will be in the thousands.

In Minnesota, grinding and compost sites were set up to dispose of up to 3,000 head per day, according to Beth Thompson, Minnesota state veterinarian.

Overall, Meyer suggests several million pigs may have to be euthanized nationwide this year to get supplies back in line with packing capacity.