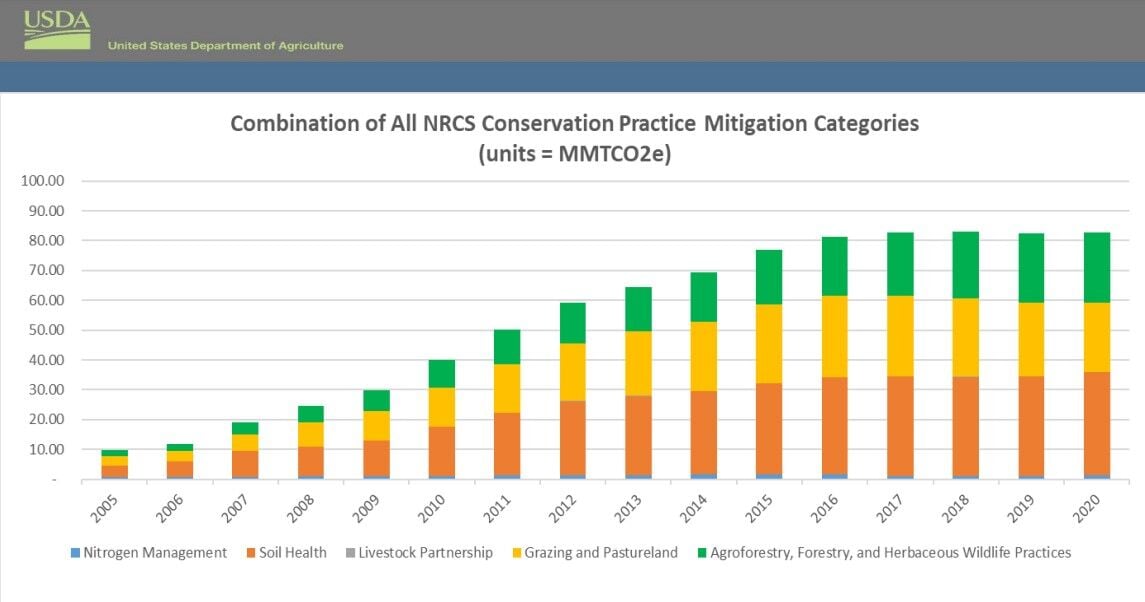 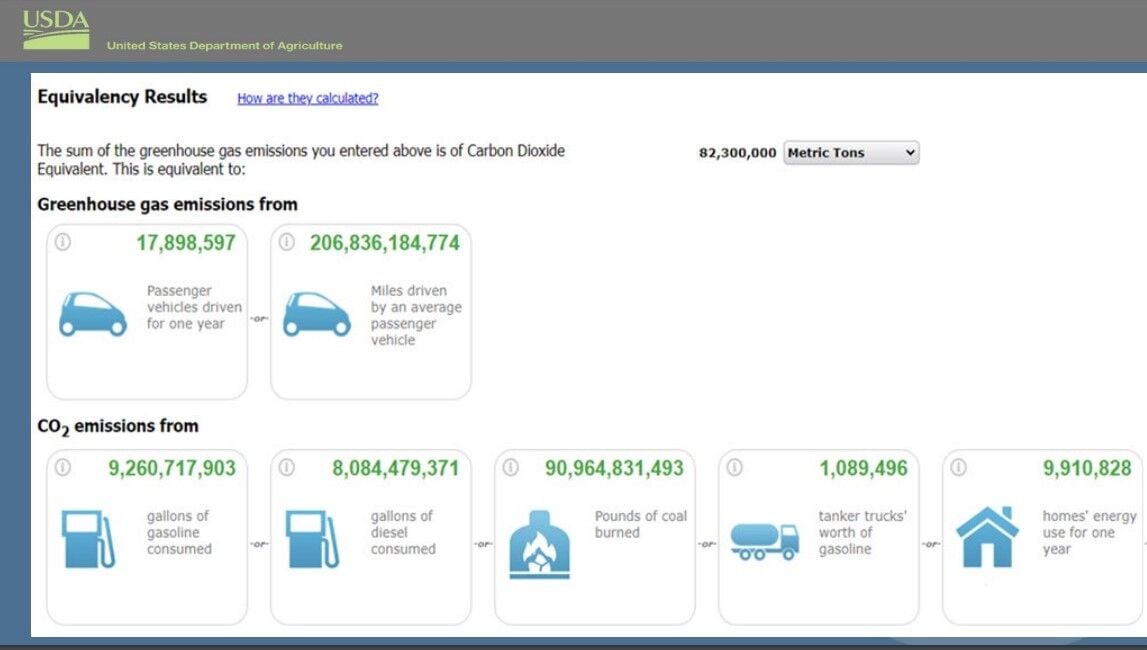 Since 2016, the combination of all NRCS conservation practice mitigation categories have sequestered more than 80 million metric tons of carbon dioxide equivalent each year. This is equivalent to the GHG emissions from nearly 18 million passenger vehicles driven for one year.

And additional modest investments in these practices now will result in less investment in the future, explained Dr. Adam Chambers, USDA-NRCS, environmental markets and energy leader.

But it’s not just about fulfilling a multiyear NRCS contract to check a box. It’s about what can happen after that — the Conservation Legacy Effect. This is the carbon accrual that happens following NRCS contract completion if the producer continues the practice.

“Our Conservation Legacy Effect is critical,” emphasized Chambers. “The fact there are windbreaks in our country that have been on the landscape since the post-Dust Bowl era mean that they’re accruing carbon. They’re breaking the wind, they’re disrupting the wind, stopping the soil erosion, but they’re also sequestering carbon and catching soil.”

“Through the farm bill programs, through our conservation technical assistance, through our partnerships with agricultural producers, we’re delivering climate solutions and we’re delivering those on an annual basis,” said Chambers. “And we’re doing the quantification associated with that to demonstrate that we have a time series, which is also quite important.”