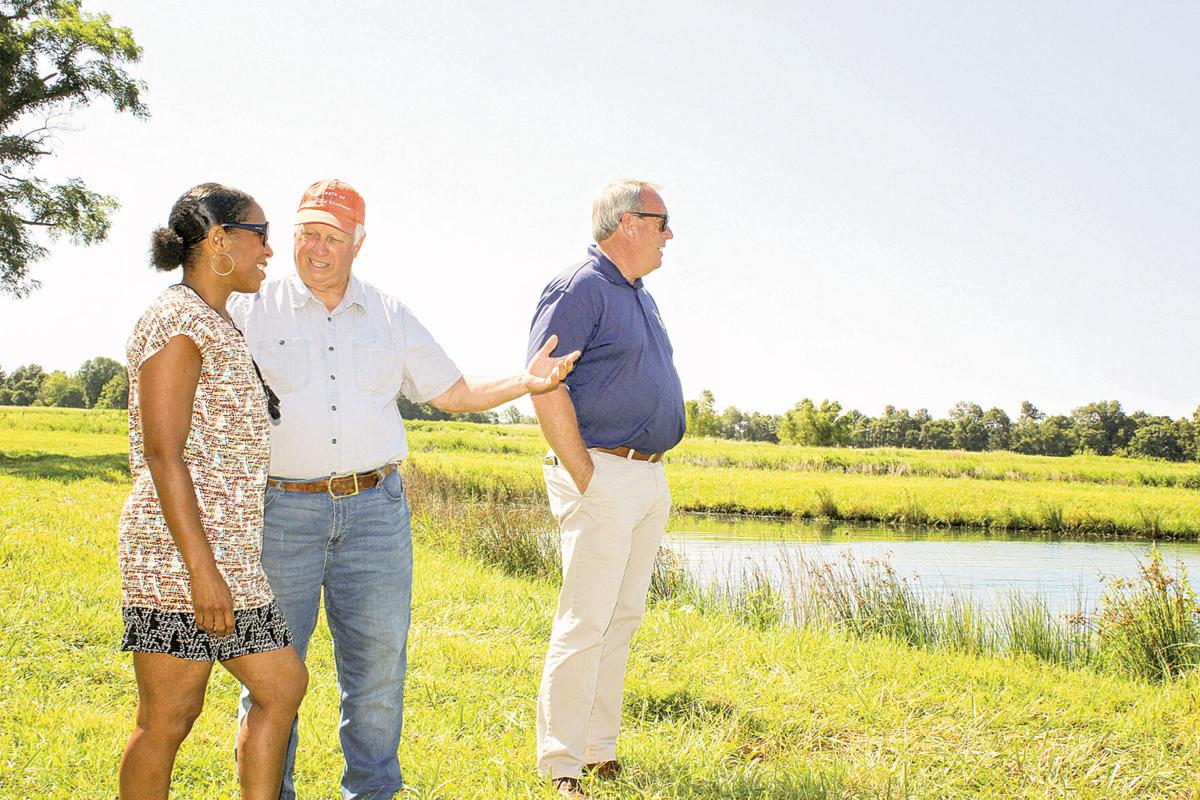 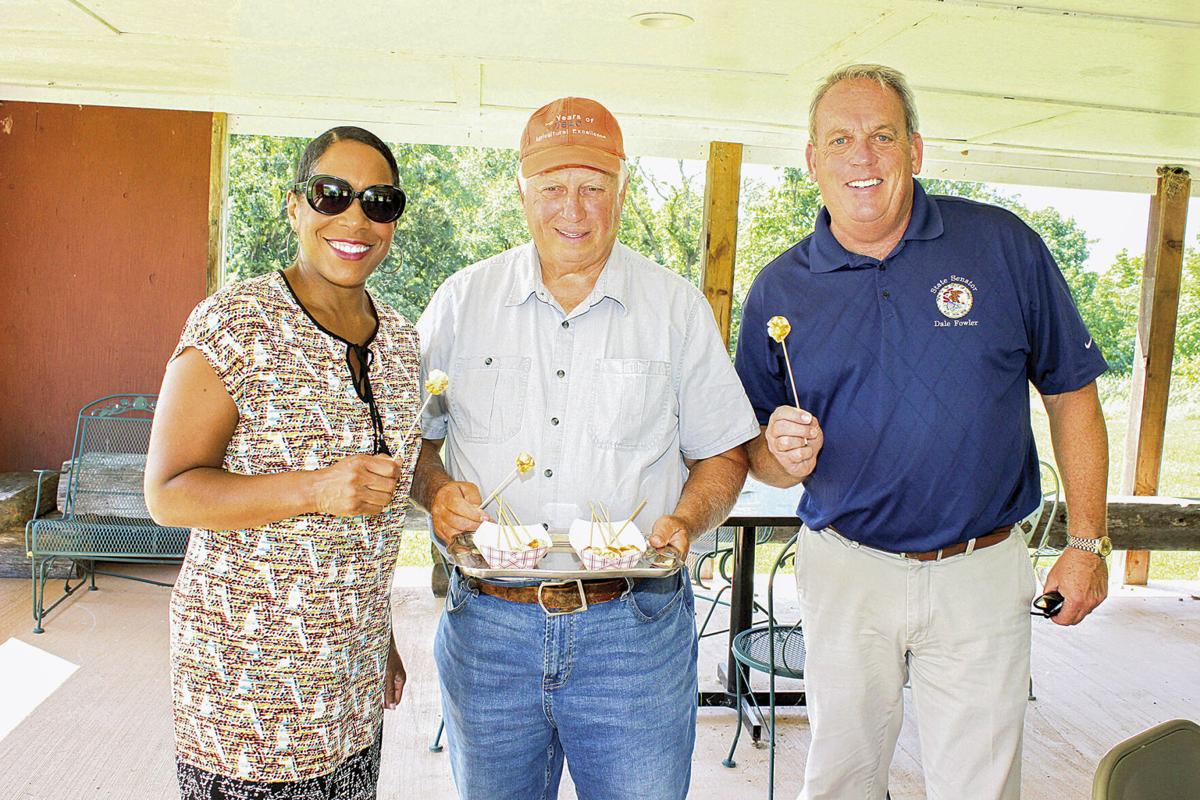 Ask Grover Webb about Tanglefoot Ranch’s livestock and he may show you a pond. That’s where the Pope County farmer feeds thousands of freshwater prawns to market weight.

Webb, his wife, Shirley, and brother, Richard, raise a variety of row crops, vegetable and fruit crops, crossbred beef cattle and shrimp on 950 acres near Simpson. Visit Tanglefoot Ranch online or follow the ranch on Facebook.

Specialty crops in season include raspberries, many varieties of squash and peppers, basil and cantaloupe. Web said a freeze this year hit his peach trees and eliminated his entire crop of five varieties. The farm also produces corn and soybeans on 500 acres.

Tanglefoot sells its produce at the Vienna Farmers’ Market and a new farmers’ market in Eddyville. On-farm sales are also offered.

To stock the six grow-out shrimp ponds, Webb buys tiny shrimp from a Texas supplier. The miniscule shrimp are nearly invisible when they arrive in Styrofoam containers of brown water packed in cardboard boxes.

Webb raises the newly arrived shrimp in a nursery tank until they’re large enough to stock his ponds. He also sells tiny shrimp to six farmers for their operations in Indiana, Missouri and northern Illinois. Webb estimated his shrimp will reach market size in late September to early October, depending on the weather.

Webb sells the shrimp directly to consumers on the farm and at the Golconda Shrimp Festival in September.

Tanglefoot also offers an event center that overlooks a pond and meadow on the farm. The heated and air-conditioned building offers a full kitchen and dining room as well as an outdoor pavilion. Webb rents the space for different events and parties.

As of mid-July, Tanglefoot had not experienced the pandemic impact felt by other farms in the state. However, wildlife depredation, especially caused by deer and raccoons, has been a bigger problem this season, according to Webb.