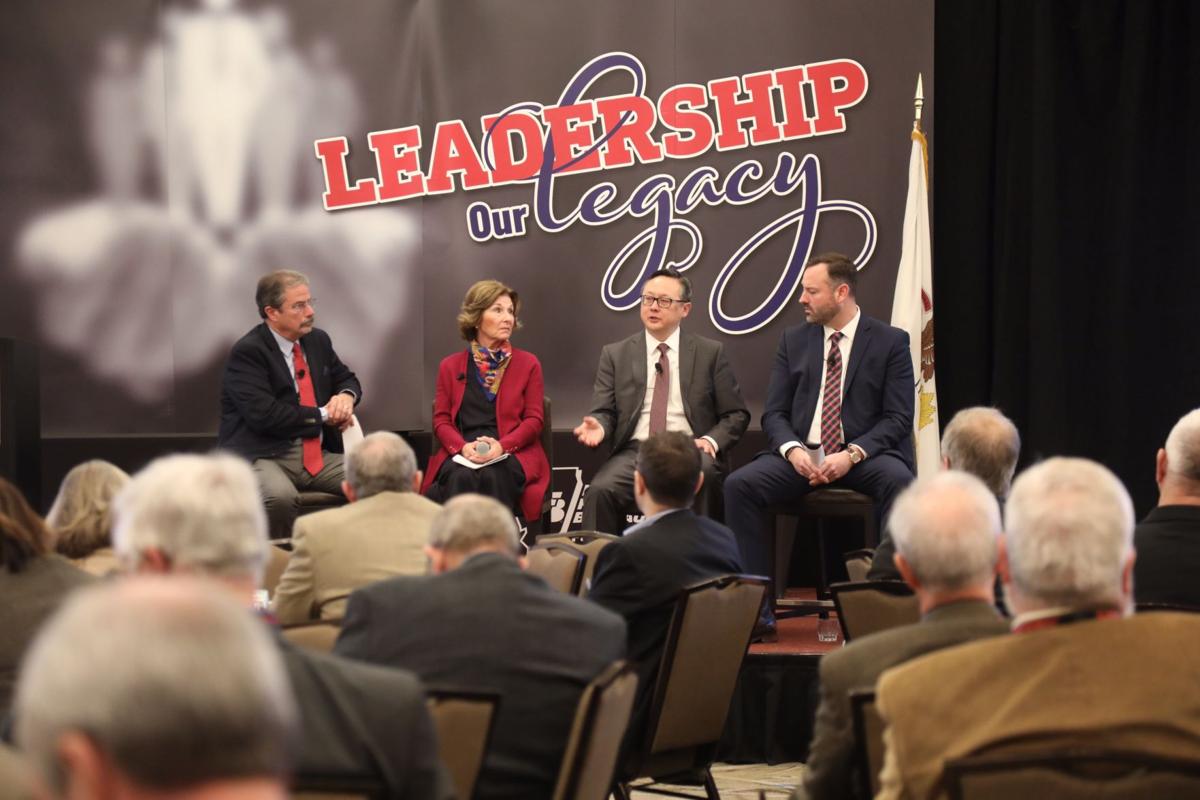 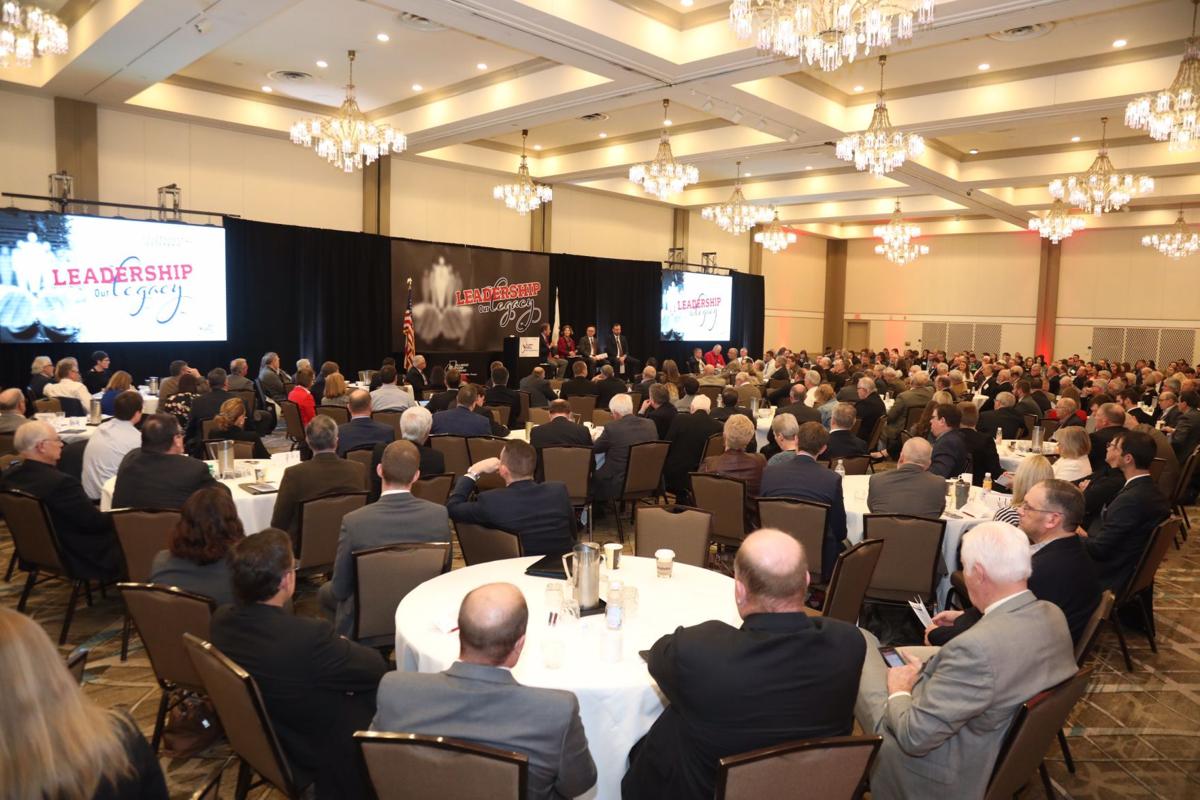 The Illinois directors of environmental protection and natural resources and the acting agriculture director discussed issues their respective agencies address and their work with each other Tuesday morning at the Illinois Farm Bureau Governmental Affairs Leadership Conference in Springfield.

In different capacities, each of the agencies handles issues related to water and nutrients.

Callahan described ongoing work to update a 30-year-old state water plan by January 2021. While IDNR is taking the lead on some of the 13 issues, other agencies and entities, such as the Illinois State Water Survey, Illinois Department of Transportation and IEPA, are handling others.

IDNR’s responsibilities include levees and flooding, Callahan noted. “Fifteen percent of Illinois’ land mass is prone to flooding,” the director said, asking for a show of hands of those living or farming in a floodplain. Representatives of several states, the Army Corps of Engineers, the Federal Emergency Management Agency and others will meet Feb. 25 in the Quad Cities to discuss levees and floods, according to Callahan.

“We’ve got to agree to do something different than we’ve always done,” Callahan said. Discussions have covered levee heights and 100-year flood levels. She reminded Farm Bureau leaders that state law requires actions by them and the levee districts to not negatively impact those on the other side of a levee.

Currently, those working on the state water plan are considering what a 500-year flood would resemble, but such action may require a legislative decision, Callahan said, adding, “It’s complicated.”

In Illinois’ 2019 biennial report, wastewater treatment facilities reported substantial decreases in phosphorus discharges, a 24% reduction, while nitrogen losses from nonpoint sources, including agriculture, had increased, Kim reported. In answer to an audience question, the director acknowledged that wastewater treatment facilities have a “more controlled activity” to lower nutrient discharges compared to ag and nonpoint sources. “That’s always going to be the challenge with nonpoint sources,” he added.

“We still have a lot of work to do,” Kim said. “This is a good approach and a collaborative effort.”

Flynn and Callahan pointed out their respective agencies are involved with the state nutrient plan. Last year, IDOA offered an initiative of a $5 credit on crop insurance premiums for planting cover crops on 50,000 eligible acres. Within nine days, all the acres “were spoken for,” and 70% of those were trying cover crops for the first time, Flynn said. IDOA continued taking applications until the original January deadline and received applications for more than 130,000 acres, he noted.

“This is eye opening to engage new folks in the (cover crop) process,” Flynn said.

Callahan mentioned IDNR owns 35,000 farmland acres with 240 leases. “We are looking at the leases and encouraging cover crops. We’re looking at marginal ground for solar (energy installations). It is important we also consider what the state owns and is in cover crops and conservation reserve program,” she added.

Flynn shared IDOA is working to update livestock premise identification information as part of its foreign animal disease preparation efforts, including traceability. One audience member still waiting for IDOA to finish a premise ID filed in October 2019. “We’re getting through those as quick as we can,” Flynn replied. “We’re updating software. That takes data entry and time and manpower.”

Illinois’ strength lies in its NLRS framework involving many groups and organizations.