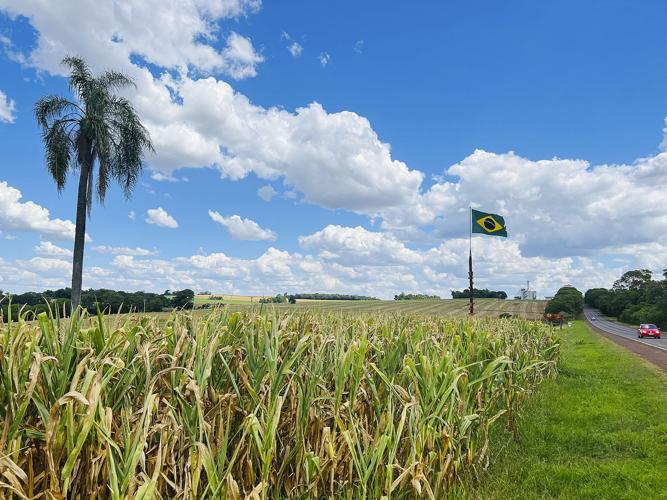 A field of corn grows under a sunny sky in southern Brazil last month. Brazilian corn production for 2022-23 could increase by 12% and push exports beyond the 2022 record of 44 million metric tons. (Photo courtesy of Joana Colussi, University of Illinois postdoctoral research associate) 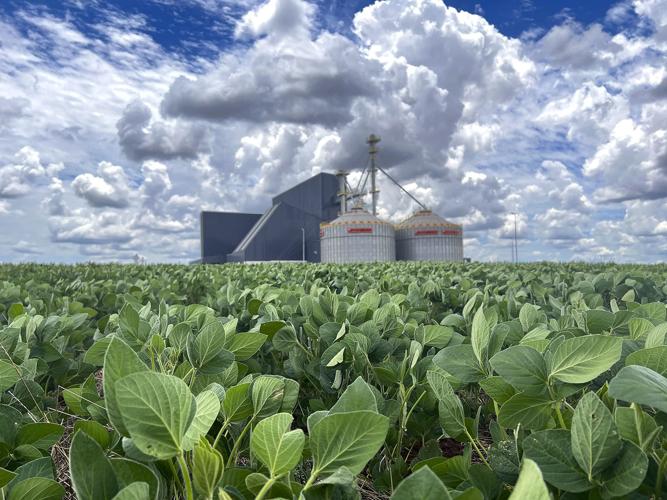 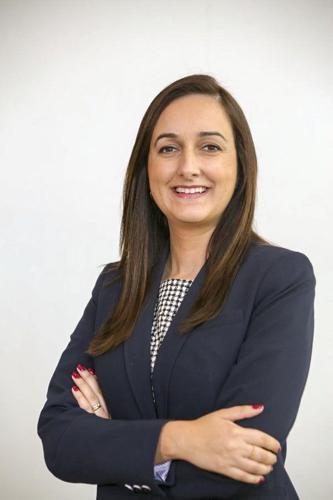 Competition in world markets is expected to intensify as Brazil is currently projected to produce record corn and soybean crops for 2022-23.

Joana Colussi, postdoctoral research associate at the University of Illinois who serves on the farmdoc team there, reported crop production in her home country of Brazil could increase to record levels of 5.6 billion bushels of beans and 4.9 billion bushels of corn.

If realized, Brazilian corn output for 2022-23 would be up 12% from the previous year, with a portion of the additional bushels likely headed to the export market.

“The weather situation so far has been favorable conditions for most regions,” Colussi said at the Illinois Farm Economics Summit in Peoria. “There’s been moderate to severe drought in the south, but expectations so far are for good yields.”

“China signed an agreement with Brazil to import corn. Those shipments started in November,” Colussi said.

If the pace of corn production and exports continues to grow in Brazil, could it possibly surpass the U.S. as the world’s top exporter? Colussi believes it’s possible.

USDA’s November forecast pegged all U.S. ag exports at $190 billion for fiscal year 2023, down $3.5 billion from its August estimate.

Meanwhile, U.S. ag imports are projected to grow to $199 billion this year, driven by higher imports of horticultural products, sugar, tropical products and grain and feed.

“A strong dollar, while a headwind to the export forecast, is partially responsible for the higher import demand,” USDA noted.

However, there could be an opening for the U.S. to export more corn in the months ahead before Brazil harvests its second-crop corn, safrinha. That’s not the case with soybeans, though, as Brazilian beans should start hitting the market next month.

USDA lowered its soybean export forecast for the U.S. by 55 million bushels as of Jan. 12 to 2 billion bushels.

“The U.S. should have an opportunity to sell more corn before Brazil’s safrinha harvest in July,” Colussi said.

Double and triple-cropping adds about 66 million acres worth of crop production in Brazil each year.

Elsewhere, the crop outlook in Argentina isn’t as rosy. With 85% of corn and 90% of soybeans planted as of Jan. 5, the majority of beans (70%) went into the ground outside of the period to maximize yields due to weather-related planting delays.

And, the August through December timeframe the past three years there has been the driest in more than 30 years.

Crop output subsequently is projected to decline by 45% for wheat and 15% for corn in Argentina for 2022-23.

USDA’s latest estimates released Jan. 12 pegged the Argentine soy crop at 45.5 mmt, down 4 million from the previous estimate, while the Brazilian soy crop increased a million to 153 mmt.

Listen: Joana Colussi, a native of Brazil who currently serves as a postdoctoral research associate at the University of Illinois, discusses South American crop potential