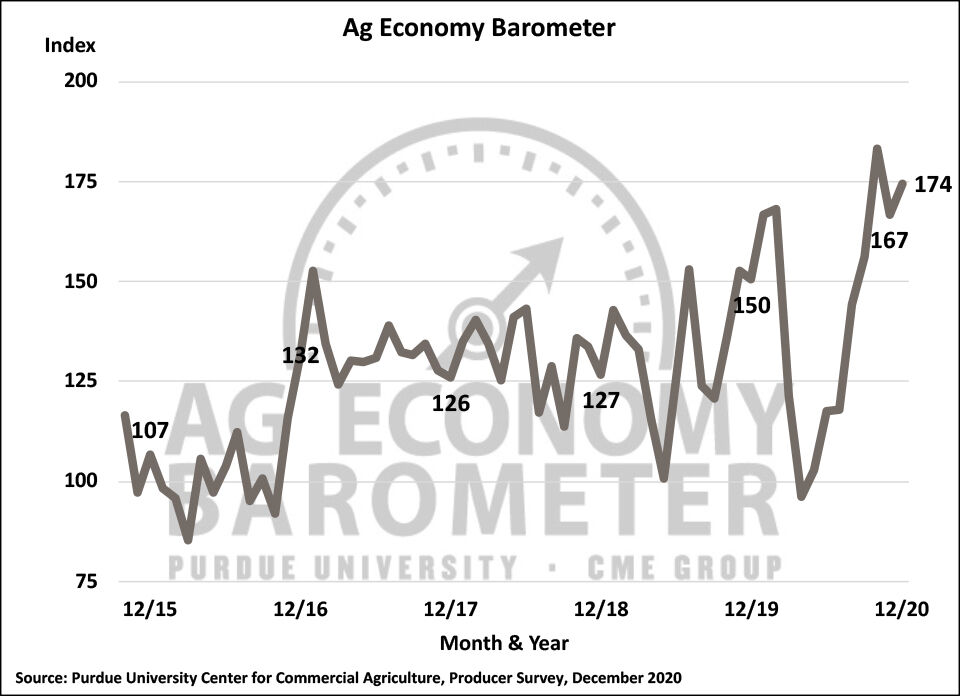 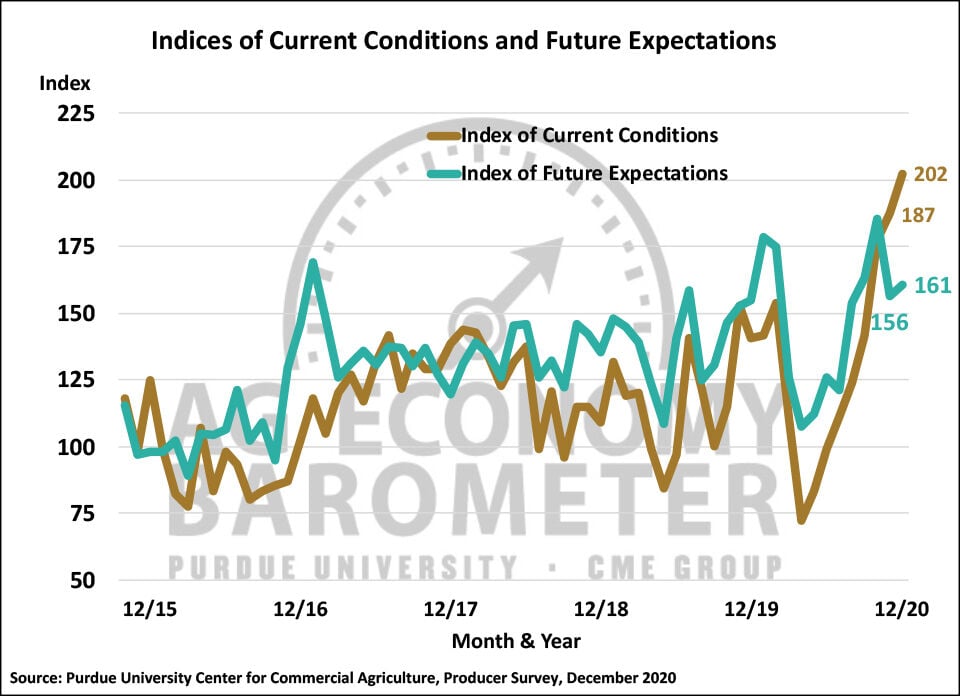 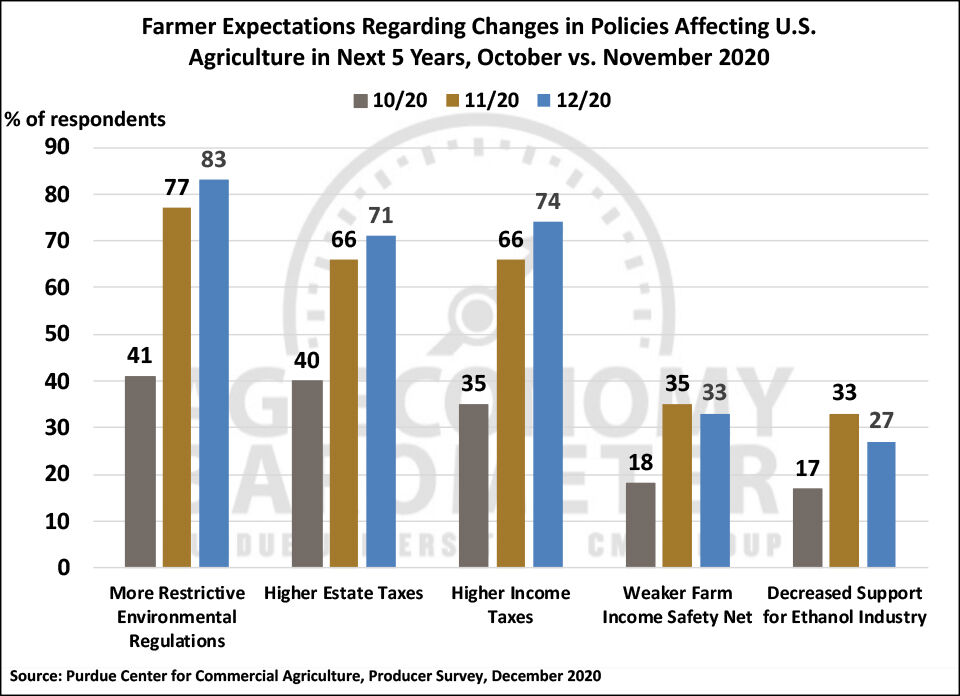 In addition, the barometer's subindices — the Index of Current Conditions and the Index of Future Expectations — also increased 15 points and 5 points, respectively.

The increase in the Ag Economy Barometer was primarily driven by farmers' perception that the current situation on their farms really improved. The sharp rise in the Index of Current Conditions is correlated with the farm income boost provided by the ongoing rally in crop prices.

The Ag Economy Barometer is calculated each month from 400 U.S. agricultural producers' responses to a telephone survey. This month's survey was conducted from Dec. 7-11.

Producers were noticeably more inclined to think now is a good time to make large investments in their farming operations, with the Farm Capital Investment Index increasing 13 points to a record high 93. The percentage of farmers expecting to increase their machinery purchases in the upcoming year rose 5 points to 15% in December, while the percentage expecting to reduce their purchases declined by the same amount.

Reflecting the improvement in crop production profitability, 18% of respondents said they expect cash rental rates to increase this year - double the percentage who felt that way in August and September.

Farmers continued to express concerns following the November election about several key policy issues affecting agriculture. More than 80% said they expect environmental regulations to become more restrictive, compared to 41% who felt that way in October. More than 70% of producers expect to see higher income and estate taxes compared to 35% and 40%, respectively, in October.