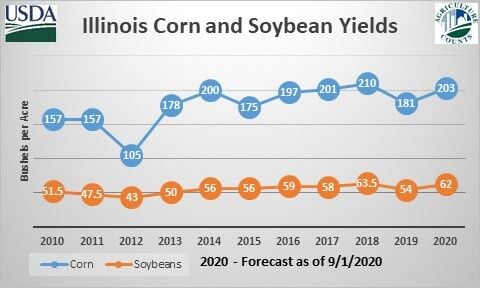 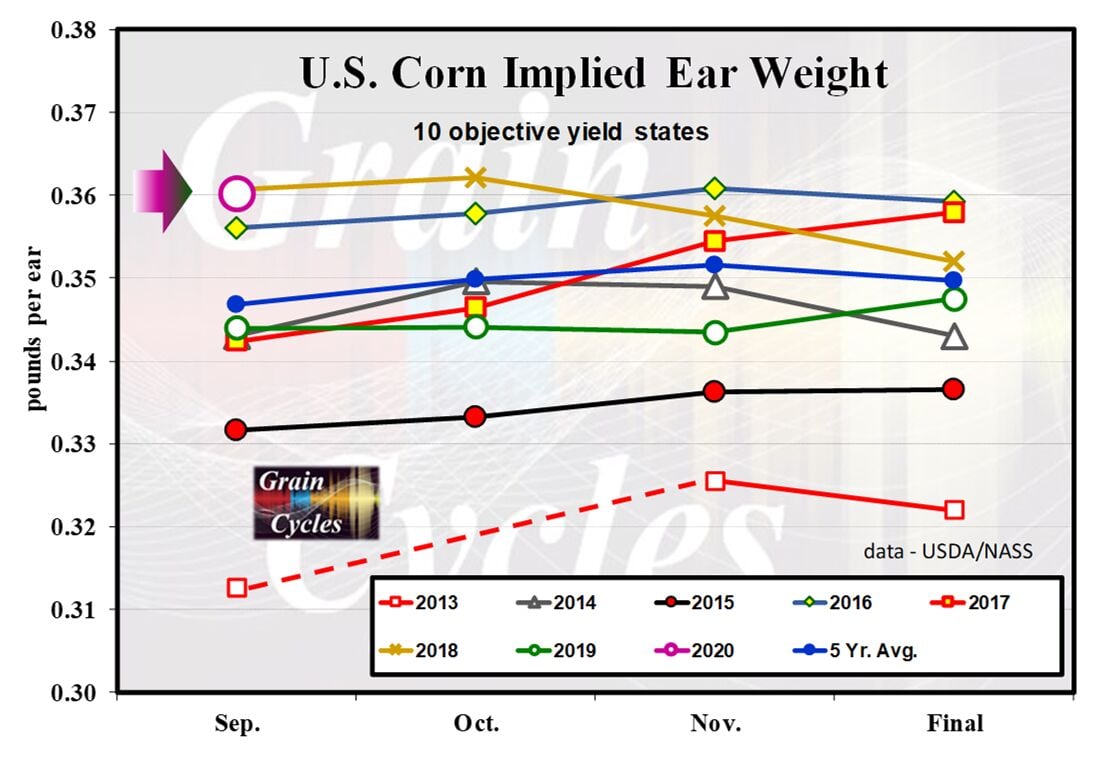 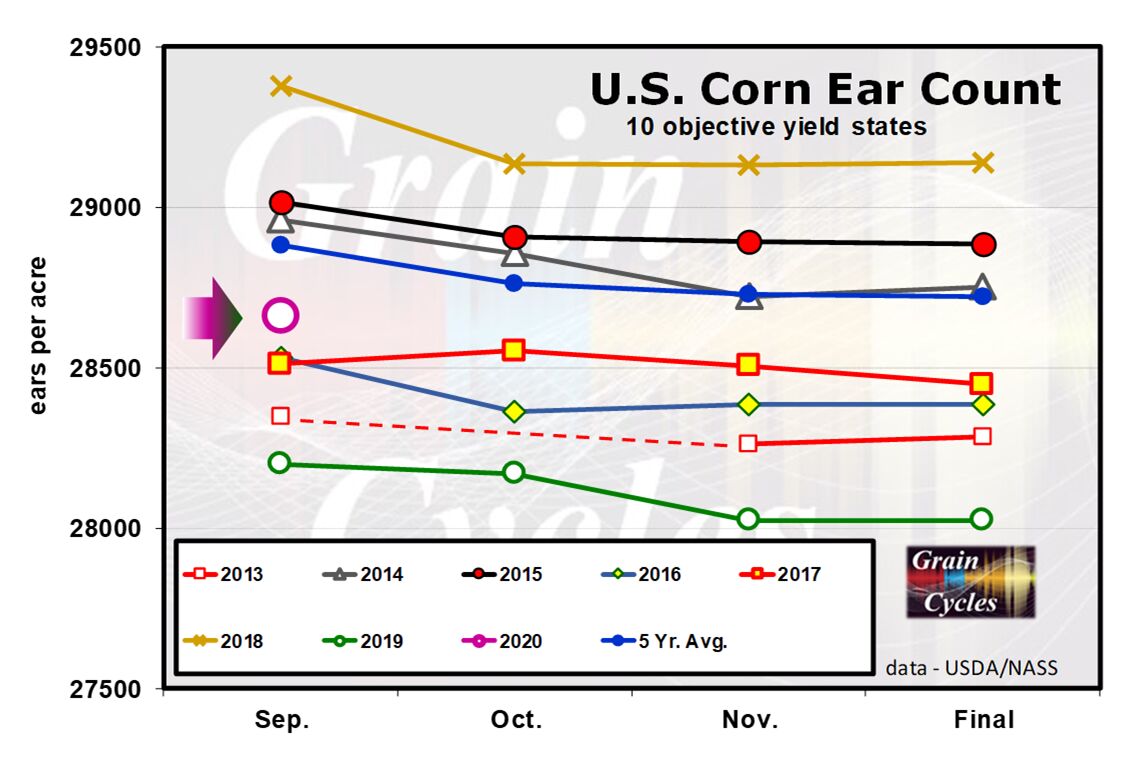 The Ag Department projects a U.S. corn crop of 14.9 billion bushels, down 2% from the August estimate, with an average yield of 178.5 bushels per acre (down 3.3 bushels).

Soybean production this harvest looks to be 4.31 billion bushels nationwide, down 3% from the August estimate, with an average yield at a record 51.9 bushels per acre, down 1.4 bushels from the previous forecast.

“This report was quiet. There’s not a lot of fresh news,” Karl Setzer, AgriVisor commodity risk analyst, told the RFD Radio Network. “The trade dialed this in as far as the estimates.”

“The 191-bushel yield in Iowa was a littler higher than the trade expected (in light of extensive wind damage and severe drought issues),” Setzer said. “That might be the only surprise on the corn side.”

The combination of reduced crop output and solid demand provided support for the markets heading into the thick of harvest.

USDA raised its season-average price estimate for corn by 40 cents to $3.50 per bushel.

Meanwhile, USDA left its estimates of soybean crush and exports unchanged. But, the expected drop in production pushed soy ending stocks to 460 million bushels, down 150 million bushels from the previous forecast.

“Soybean ending stocks will be the big question,” Setzer said. “The 460 million bushel (estimate) was 9 million less than the trade expected.”

USDA subsequently raised its season-average price estimate for beans to $9.25 per bushel, up from $8.35 last month.

The season-average price for wheat remains unchanged at $4.50 per bushel.